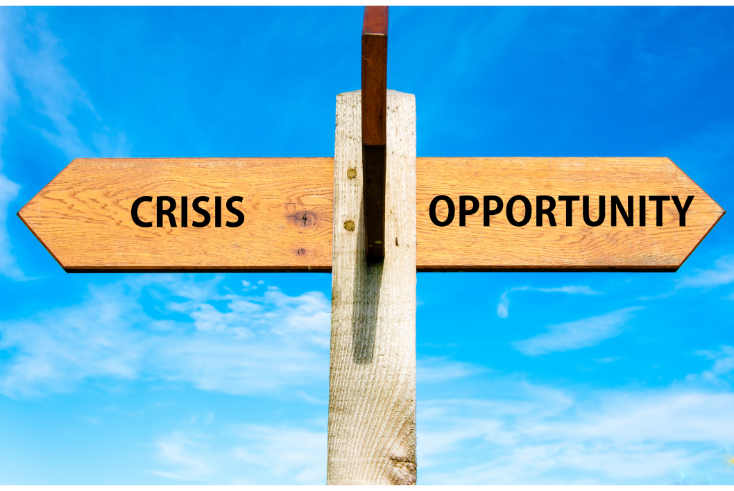 Mediatel News will do its part to fulfil a growing demand for media strategy intel and thought leadership through the launch of Strategy Leaders, writes the editor

JFK – a US president famed for bungling foreign languages in speeches – once looked to China as a source of inspiration with this quote: “The Chinese use two brush strokes to write the word, ‘crisis’. One brush stroke stands for danger; the other for opportunity. In a crisis, be aware of the danger – but recognise the opportunity.”

From what I’ve read, it’s not quite right (the second part apparently means a crucial changing point, rather than “opportunity”). But the broader point, as we’ve re-learned from the pandemic, remains true – when things are going ‘fine’, change is difficult. When there’s a crisis, change is essential.

“We have to change how strategy is both perceived and paid for,” she explains, suggesting that advertisers should be paying agencies for outcomes rather than just pay for which employees are used and for how long.

Within days of that warning, MediaCom’s head of planning issued another caution: media planning in the digital age is bringing about a “paralysis” in thinking for strategists.

Let me assure you that I have not been commissioning strategy chiefs to write specifically about crisis – it’s telling that they chose to do so, given that they work at different companies.

Plus, since publishing these pieces, more strategy leaders have contacted us with an eagerness to address how media strategy needs to change in the post-pandemic world.

At the risk of being simplistic, this is a crucial issue for media because of two main reasons: there are more opportunities for advertisers to buy media directly from media owners and the need for contextual planning is rising given the (slow) death of third-party cookies on Google.

Strategic firepower should be a key differentiator between agencies.

Many CEOs and new-business chiefs will privately seethe about advertisers only being interested in getting the cheapest deal when pitching, but how are they demonstrating value in return?

Buying and planning media, like most services in a market, should be ‘expensive’ if you want the best. But how can advertisers tell the difference?

The encouraging signs are that the creative effectiveness messages, such as those of Les Binet and Peter Field, appear to be getting through to newer digital businesses that have tended to use response channels.

Goodstuff, which has steadily added a number of direct-to-consumer business to its roster in recent years, is seeing a greater appreciation among them to use TV to build brand (as opposed to direct-response channels).

The bigger advertisers have known this for a while and have learned there is great value in having more in-house knowledge about media planning and buying, hence why they’ve been building in-house teams. Nick Ashley, formerly of Mindshare, leads such a team at Tesco and is on our advisory board for next month’s Future of Media event.

Meanwhile, Nick Emery (also of Mindshare until recently), thinks that advertisers will no longer even need agencies of record, such are the in-house opportunities that he is keen to lean into through his new venture You & Mr Jones Media.

There is also a growing tendency for “ad agency” or “creative” planners to take a view on media strategy. In this week’s episode of “Making Sense of it All”, the author and renowned ex-agency planner Paul Feldwick argued that it’s “overdue” for creative and media to come back together to unlock the strategic insight that advertisers need.

Just yesterday I spoke to a very well-known agency founder who suggested that production companies also needed to start to be more media savvy given the array of digital platforms that advertising can exist on nowadays.

So, yes, there may be crises but there are also opportunities. Media agencies remain extremely important to advertising and marketing, but they do not have a monopoly on how to ‘do media’ for brands.

Mediatel News will do its part to fulfil this growing demand for media strategy intel and thought leadership. We’ll feature more strategic insight each week on our platform and curate this in a new weekly newsletter called Strategy Leaders.

If you want to sign up for it, you’ll get a digest every Tuesday of columns, interviews and other valuable content relevant for media strategy, planning and innovation.