We should happily pay Netflix more to rein in Jimmy Carr 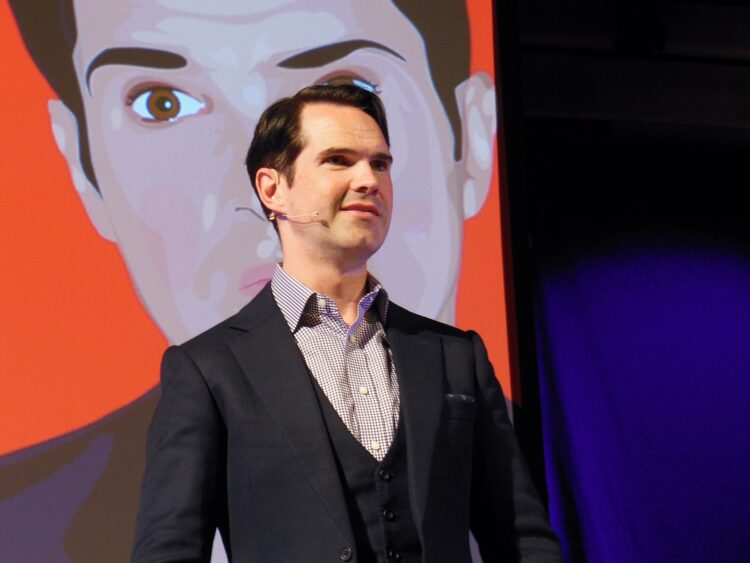 It’s long overdue to bring Netflix and Amazon into line with the Ofcom broadcasting code. This may lead to subscription hikes, but it’s literally a price worth paying, writes the editor.

Nadine Dorries took a welcome break from humiliating herself last week to make a valid point. I had to reread the buffoonish Culture Secretary’s quotes several times to believe such sensible words had come from the same mouth that only last week defended Boris Johnson for smearing his opponent with lies about Jimmy Savile.

Dorries announced the government is considering new laws to ensure Netflix and other streaming video-on-demand (SVOD) platforms are held to account over extreme content.

This is in response to a new Netflix comedy special by Jimmy Carr, who joked about the death of thousands of Gypsies being one of “the positives” of the Holocaust.

Speaking on BBC Breakfast on Saturday, Dorries said: “We are looking at legislation via the Media Bill which would bring into scope those comments from other video on-demand streaming outlets like Netflix.”

This is long overdue. There is only one streaming service in the UK that is subject to the Ofcom broadcasting code: BBC iPlayer.

Why should the BBC, ITV, Channel 4 and hundreds of pay-TV channels be held to higher broadcasting standards than Netflix, Amazon Prime Video, Disney+, or Apple TV+? These are media publishers that make editorial decisions every day over the content they put out and should be held accountable for those decisions.

Someone at Netflix should have reviewed Jimmy Carr’s stand-up routine before it was published on the platform and decided that the joke was not fit to air. Democratically-elected governments should be setting rules for companies like Netflix to comply with.

Please let’s not waste energy throwing “free speech” arguments into the mix. These are entertainment companies, not investigative news bureaux. Our democracy and culture won’t suffer because Jimmy Carr has to rein it in a bit.

The people who might suffer, however, are consumers, if streaming services pass the costs of higher compliance on to them in the form of higher subscription fees.

ITV, in a submission to a government consultation last summer about the Online Harms Bill, noted that Google and Facebook would pass on higher advertising monitoring costs to consumers because they have too much market power:

“This [suggestion] seems to stem from a confidence that comes from being in a dominant position (a position the CMA recently found Google and Facebook to hold), leaving advertisers with no credible alternative platforms to switch to.

“It also shows those major online platforms have no intention of reducing their current levels of super-profitability in order to operate in a way that internalises the negative externalities they are currently creating.”

Ultimately, someone has to pay. Media is traditionally an expensive business, hence why there are so very few “little guys”.

So it should give you pause when so many SVOD platforms are, let’s be honest, very, very cheap relative to the amount of content they offer when they don’t need to run ads.

Netflix costs £10 a month and is spending nearly $14bn on programming – all without advertising income.

Spotify costs £10 a month and was taking victory laps last week because it managed to grow ad revenue to 15% of its total revenue. No wonder they are not prepared to censor its $100m star Joe Rogan over Covid-19 misinformation (although they have just decided to delete some old shows that contained racial slurs).

Disney+, Amazon Prime Video and AppleTV+ are similarly cheap but are backed by multifaceted conglomerates that, frankly, don’t need their streaming business to turn a profit right away.

In a year of high inflation, driven by surging energy prices and global supply-chain problems, it might seem deeply unfair to suggest that people should pay more for subscription media.

But if you truly want to ensure that modern media ecosystem can also deliver high-quality programming – without resorting to pumping out misinformation and attention-seeking bigotry – you (or advertisers) will indeed have to pay more.

Start the Week: don’t miss Mediatel News’ Monday newsletter featuring the editor’s weekly column and a look ahead to what’s happening in the media world. Subscribe for free here.