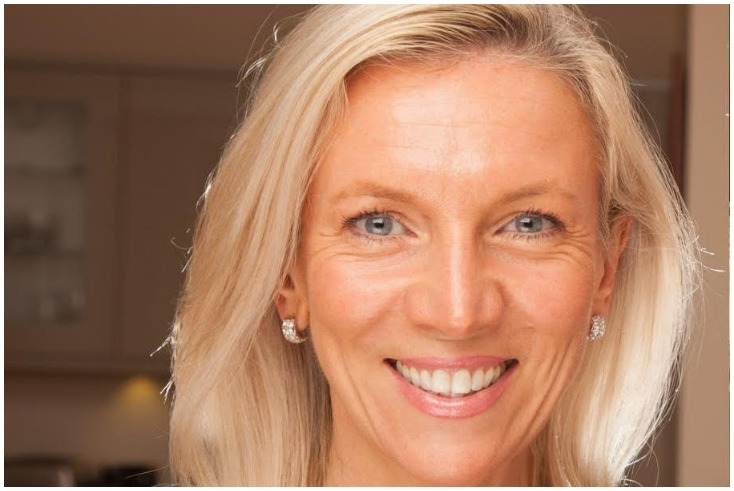 The day The Media Leader speaks to Clare Dove, the UK group commercial director at Future, it is the 34th anniversary of the start of her career.

While she says with a smile that she’s not sure if this milestone is a good or bad thing, she is grateful for the journey and diversity of her career, spanning different media channels, sales roles, and colleagues that have taught her “a fantastic amount”.

Throughout this time, she says she has “stayed true to being a salesperson and running sales teams”, but she laments that the media industry is not a number-one job choice for many and is not doing enough to recruit people in entry level positions.

Dove expands on this, saying: “I continue to find all these years later, 34 years later, media is still not something that people generally know an enormous amount about, and it is still not a preferred career of choice, and I think that is a really great shame.”

She stresses how important it is that the media industry “really takes to heart” the value of employing entry-level people, creating entry-level roles, and attracting people from all sorts of different backgrounds and from different jobs into media.

“Most of the entry-level people that I talk to have got this idea of marketing in their head because we think it sounds really sexy and I think that that’s what a lot of courses and people at whatever level talk about, but actually people don’t really talk about sales,” she explains.

She adds: “I pride myself on being a really, truly exceptional salesperson, and I’m proud of that, whereas I think that there’s still this dichotomy between sales and marketing.”

Against the backdrop of the talent crisis, where many businesses across the media industry are struggling to fill vacancies, Dove says not only recruiting at entry level but developing people, something she highlights that Future as a business is very keen on, is “the only way we can really demonstrate to people what a career in media can be”.

She explains: “Number one, developing salespeople, and also number two, all the media agencies out there, all the other media owners out there, to take on more entry level people, there’s a real problem at the moment where there’s tons and tons of jobs and there aren’t enough people to fill those jobs in the media industry, and the reason is because everybody is saying, I want someone who’s got two years experience, and yet if they look inside, they haven’t got anybody with that amount of experience because they don’t recruit at entry level, and that’s the problem.”

Dove points out she’s seen people come in, start off in sales and then end up in trade marketing, or begin in project management and move to sales.

“It’s a great opportunity to be able to come in and then work your way around a business,” she adds, which can be seen in her initial career path.

Media has had to diversify

Future has a portfolio of 250 publisher brands, spanning B2C and B2B, which connect to 400 million people worldwide. It has also pivoted into ecommerce after the £594m acquisition of GoCompare that completed last year.

Even with an already diverse portfolio of specialist titles, over the last few years the company has been on an acquisition spree buying video, gaming and social-first companies like WhatCulture and Waive as well as competitor brands like TI Media and Dennis titles TheWeek and MoneyWeek.

This strategy shows a wider need in media for diversification, not just for a prospective job application pool, but also to how the media itself has had to change, most obviously from standard print formats to different kinds of digital content across multiple platforms with different advertising and ecommerce opportunities.

Dove maintains a career in media now looks more interesting than ever before because media owners, like Future, are looking at ways to monetise content and the consumer, which give so much more variety to the role, as opposed to a “rinse and repeat quarter-page thing.” 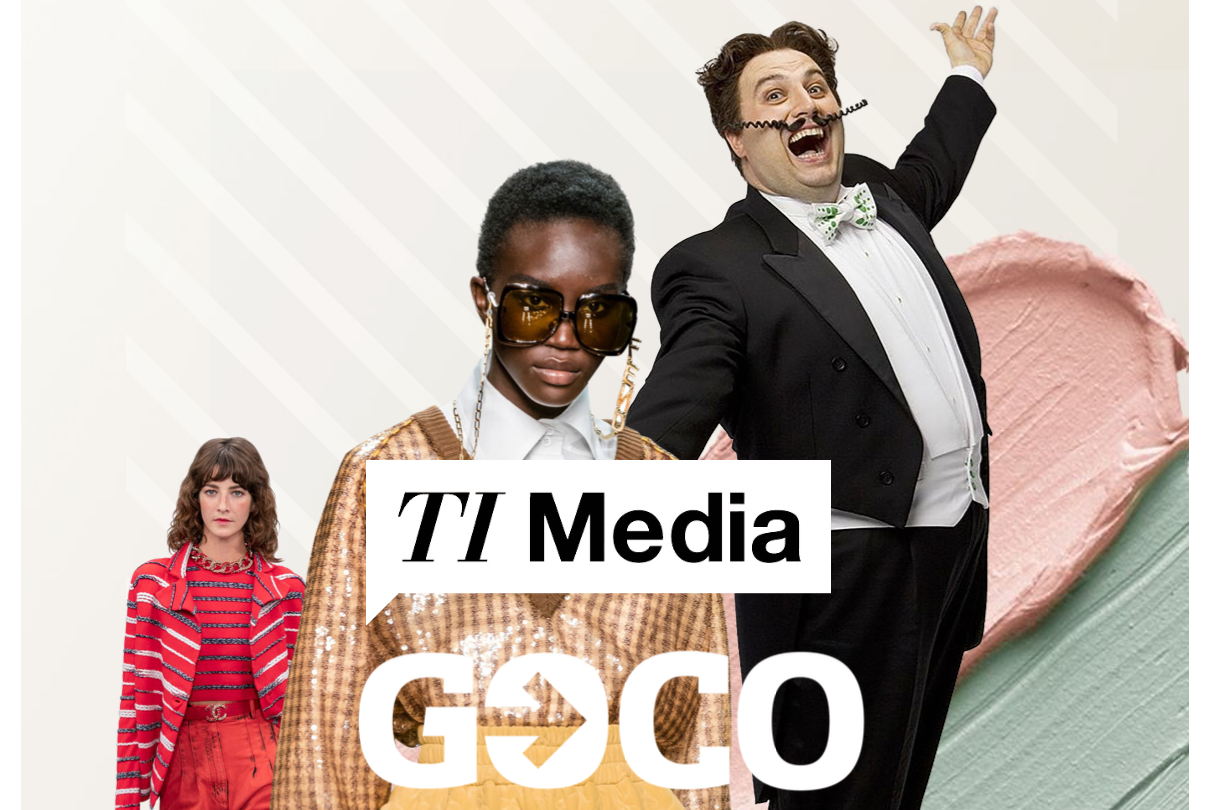 This harks back to how media has had to shift away from “simplistic sell” of quarter pages in a standard B2B print format which Dove knew well as a sales executive at Marketing Week (which used to sell 50 pages of classified ads that no longer exist), and adapt to a more data-driven approach, with this making media more complex and interesting.

She explains: “What we’ve had to do is diversify and with that, therefore requires change and with change requires being brave, being confident, and some people, some media owners have taken on that challenge and others just haven’t been able to. When I recruit people, I always say if you don’t like change, then don’t work here, because we evolve, and we change and we challenge ourselves to do new things, and we’re not afraid of that. Media owners and media agencies all the way through have had to diversify.”

Analytics, insight, and ecommerce can all provide “a bigger wealth” of what you can sell, she notes, adding: “It’s really important that media owners know the value of their audiences of their brands, and that salespeople can translate this in order to help media agencies encourage clients to spend and to buy really effective advertising campaigns.”

‘Nuggets of leadership’ from leading women

Dove initially studied television and production, and assumed that would be her career path going forward, but after her first six months in a sales role at Centaur she felt she’d found a job she both really enjoyed and was good at.

Incidentally, these are things she always asks people at entry-level starters: namely, what are you good at and what do you enjoy doing?

She then joined Future in 2005 as a sales director, and now oversees all commercial leads in the UK.

Dove says she has been fortunate to work for some “really incredible businesses”, but also picked up and learned from “fascinating business women” throughout her career.

“Most of the experiences that I’ve had of really incredible leaders have been women,” she explains, whether they be women she worked closely with or worked for, including ITV CEO Carolyn McCall, mSix & Partners executive chair Jess Burley, PHD global CEO Philippa Brown and now Future CEO Zillah Byng-Thorne.

She calls these “nuggets of leadership” that makes her think “when I’m in that position, I want to use that”, giving one example of when she was at The Guardian with McCall, who always used people’s names.

Dove recalls: “You are happening to walk down the corridor, she [McCall] will say hello, Clare, good morning, Helen, and look you in the eye and use your name. I’ll be honest, it’s not rocket science, that’s not Harvard Business School, but it makes such a difference when you connect with people and that connection and that respect is really important.”

Another example of a “nugget of leadership” was from Byng-Thorne, who makes a point of giving feedback.

“A lot of leaders –  a lot of people, full stop –  shy away from giving feedback. But you actually want feedback, you want to know what you’re doing really well and what you could do better,” she adds.

Mike Baker, Founder, InterviewBot.com, on 15 Jun 2022
“Definitely agree with Clare that Sales is an under appreciated and superimportant skill set. Commercially sales are so critical to the success of every enterprise, you would expect there to be much more focus on sales training, and much more status within the profession generally. People should be proud of saying "I'm in sales", as in "I make the world go round". Our interview training platform interviewbot.com has modules on sales, media and marketing. They were three of the very first we introduced, for exactly that reason. We want lots of talented individuals to go through the programme and as Clare says, focus on what they are good at and what they enjoy.”