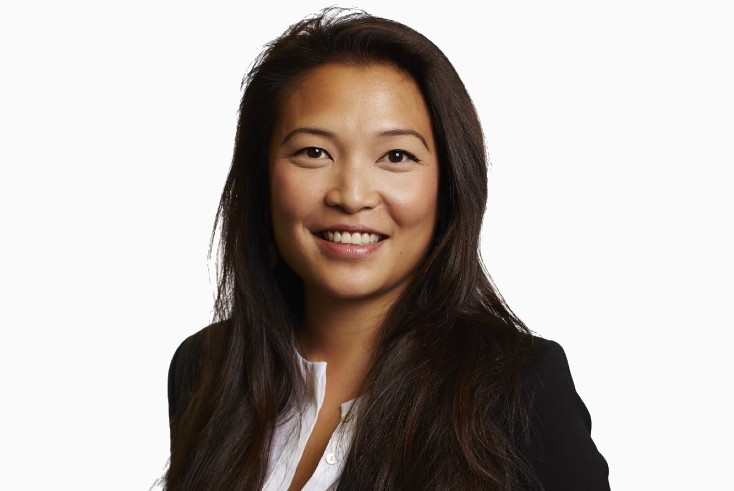 Louisa Wong, Wavemaker CEO, the Americas, speaks to The Media Leader about supporting female employees, clients’ macroeconomic anxieties, and how focusing on inclusion can help solve the talent crisis.

Soon after Wavemaker Americas CEO Louisa Wong joined the media agency at the height of the pandemic in the summer of 2020, she found out she was pregnant. Uncertain about her US visa status after leaving Dentsu’s Carat and beginning her new remit, she was shuffled back to the UK for a few months, later rerouted to Bermuda, and eventually made it back to the US in time to deliver her child. Several weeks later, she completed her first pitch at Wavemaker in person.

Wong credits the support she received from her boss, Wavemaker global CEO Toby Jenner, and her team with the ability to navigate such a challenging and stressful time successfully, stating that without them, she wouldn’t have gotten through it.

Those lessons, as well as a core belief in developing positive energy among her staff, have driven her to focus on improving a sense of inclusion and support for all 1,000+ employees at WPP’s Wavemaker in the Americas.

‘There’s no point in putting diverse individuals together if you don’t teach them how to be inclusive.’

As a British citizen, Wong initially desired to enter into broadcast journalism before eventually moving into advertising, beginning with selling outsource call centers based in South Africa and India before joining CNET and later working for head of network advertising for Sky in the UK. She then took on executive roles at Dentsu’s iProspect and Amnet Group before moving to the US to work at Amplifi US and Carat, later leaving for WPP’s Wavemaker. She currently oversees the media agency’s entire Americas remit from New York City, with staff across the US, Canada, and Latin America.

Wong, who spoke last week at CMI Media Group and Compas’ “How to Be a Badass Working Woman” webinar, told The Media Leader that one key takeaway from the discussion was that women are “better together”, both in support of each other, and with support from allies.

On the topic of female representation and support in the workplace, she notes how she is often asked by others “how can I help?” But to Wong, it’s not about help.

A focus on partnership is what drives Wong’s philosophy on diversity, equity, and inclusion. And with the ongoing talent crisis in the media, DE&I is, to her, a top priority.

She conceptualizes solutions to both interlinked issues as “a combination of employee mobilization as well as building a program that is really more inclusive, versus just focusing on one track.”

For instance, Wavemaker leverages GroupM’s Launch Pad training initiative to help enable new associates to have space and time to build a strong foundation at the company. Further, Wong believes in making an effort to reach out to new talent, including individuals who don’t necessarily have college or even high school degrees, who may be immigrants or refugees, and who provide valuable diverse perspectives.

To do so, Wong says she seeks to leverage Wavemaker’s employee resource groups (ERGs) to help leadership better understand how they can create more appealing careers, create better content, reach talent in a variety of communities, and communicate to them how they can build a successful career in the media industry.

But DE&I is about much more than outreach and getting more diverse voices in the room, says Wong.

“It’s so funny that everyone keeps talking about, ‘it’s about diversity’. Yes, it’s about diversity, but it’s also as much about inclusion. There’s no point in putting diverse individuals together if you don’t teach them how to be inclusive.”

Citing feedback from marketing professionals, Wong described how employees of color have often found their voices are much more equal online, in a work-from-home setting, than in-person, where they often feel they can’t speak up.

“You might have created diversity, but you haven’t created an inclusive platform,” says Wong, who is intent on fostering more inclusive environments in-person as well.

‘We do have talent. They’re in the wrong places.’

Of course, diverse talent alone is not necessarily enough to solve one of the most challenging talent crises the industry has yet seen.

To that end, though Wong admits that the reality of the situation is “that we’re at a point in time where [the talent crisis] will continue to be the case,” she is nevertheless thinking more creatively about how to unlock the potential of the workforce that already exists at Wavemaker.

“When we think about a talent crisis, we often think, ‘Oh God, we haven’t got any talent’. We do have talent. […] We have a lot of people, we have no shortage of people. It is not that. We just might have people doing the wrong jobs.”

Since joining the organization, she has been “hyperfocused” on how to use new tools, such as automation, to “empower our people to really focus on more creative and strategic work, and not on some of the tasks that really put people off from joining the media industry in the first place”, like data entry and reporting.

With that comes increased need for learning and development. In-person trainings have been used to incentivize more people to return to the office and interact closely with each other.

Wong reports Wavemaker is testing a three-days-a-week model for staff to come into the office, but stressed that they are “iterating” and that “we need more data points, understanding [of] what our people want, how our clients benefit, and ultimately what it does to our business at the end of the day before we can say this is what the future of work looks like”.

The result, she hopes, is a culture focused around both formal and informal education.

Such increased focus on skill development is part of Wong’s greater interest in providing future leaders with a template for success that is grounded in the present.

“Often we think too much about the outcome: ‘I want to be the CEO, I want to be this, I want to be number one’, and that’s a great goal to have but that’s a North Star. […] If you don’t focus on the journey of getting there, how can you learn the things that you need to be learning? How do you get exposed to a network and expand and broaden your knowledge, because you can’t do it on your own.”

‘We have to be that grounding force’

As the future of work still appears up in the air, the present quickening pace of business has created new challenges and opportunities in media as a whole.

“You don’t know what you’re going to wake up to,” says Wong, describing her clients’ budgets as “much more fluid” now than in years past, causing her to adopt a business strategy of every day being a “sea of change”.

Given broad macroeconomic concerns, Wong says clientele—which include L’Oreal, Audible, Doordash, Coinbase, Office Depot Office Max, and IKEA—are asking for leadership, assurance, empathy, and clarity regarding areas of opportunity in 2023. With budgets shrinking, media agencies are having to be much more innovative and precise in their approach.

“When people are nervous and they don’t know where to turn and their budgets are getting smaller, that’s when chaos starts to happen. We have to be that grounding force that helps our clients understand and illuminate the areas of opportunity.”

That requires a much more collaborative effort to how Wavemaker is tackling clients’ budgets for next year. And, for Wong, that is another area where diversity becomes an advantage; not just in terms of staff, but also in terms of clientele in their portfolio.