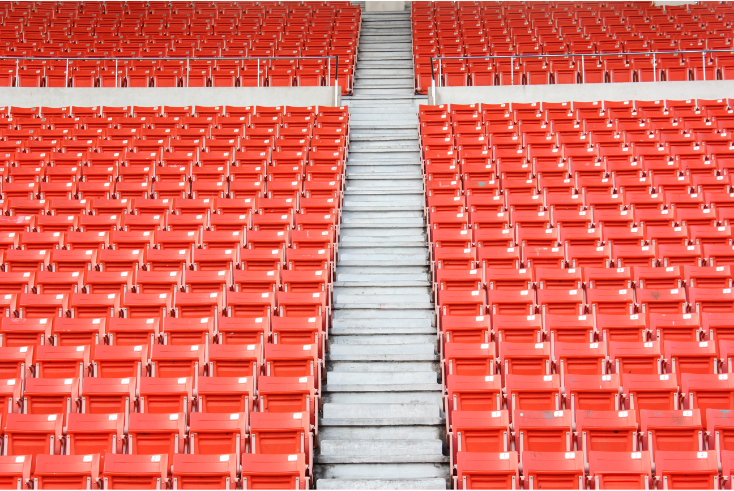 As I write, a summer of Olympic and Paralympic sport in Tokyo is drawing to a close, with the latter billed to break all viewing records with an estimated cumulative global television audience of 4.25 billion people.

It was claimed more than 4.1 billion people around the world watched the Rio 2016 Paralympic Games on TV, which was up 7% on London 2012’s Paralympics, according to Nielsen Sports.

We may have to wait a few more months for confirmation of the widely-held belief that the Tokyo Paralympics will go one better and become the world’s third largest major event for spectator viewing, behind the Olympics and Fifa World Cup, but it is clear that the mass reach of these events is increasing in value as media continues to fragment.

In the meantime, it’s interesting to look at the implications for brands from a summer of Olympic sport and those factors which could either help or hinder viewer engagement – in order to assess their impact on future major sporting events, media plans and consumer expectations.

Firstly, with no spectators allowed into either the Tokyo 2020 Olympics or Paralympics, the ban on in-stadium spectators looks to have accelerated broadcast technology innovation.

During this summer’s Olympics, a home Games but the lack of a home crowd sent Japanese TV broadcasters into overdrive to maintain consumer interest in an event that had sold 4.5 million unusable tickets by delivering an enhanced technology-led viewer experience.

Stimulated no doubt by Olympic hype and ticket refund money, nearly 460,000 4K and 8K TV screens were sold across Japan in June alone – the second-highest monthly total on record, according to the Tokyo-based Association for Promotion of Advanced Broadcasting Services.

Intel shot Olympic basketball games using ultra high-definition 5K cameras that captured visual data in all three dimensions. This allowed Japanese viewers to stream the games via their connected TVs and follow the ball’s movement from a player’s perspective.

Meanwhile, Tokyo broadcaster TBS provided fans with the chance to root for athletes virtually through a ‘remote cheering’ social programme. Footage of fans cheering through webcams was superimposed onto spectator seating during live sport broadcasts.

In other parts of the world, with the Japanese time difference likely to have had an impact on the number of linear television viewers tuning in live to the Paralympics, digital engagement is a huge indicator for how people watch and interact with major sporting events.

India for example, only won one gold medal during the summer Tokyo Games but its 1.35 billion-strong population embraced not only the streaming options but social uploads and engagement too on platforms such as YouTube.

Of all the social cheering and clapping videos that were displayed in the Olympic venues from fans around the world, the majority came from Indians, according to the producer of the Games feed provided to global broadcasters, Olympic Broadcasting Services (OBS).

The Tokyo 2020 Paralympic Games meanwhile may have only sold 770,000 unusable tickets but it has been driving interest, courting brand partnerships and shaping viewer behaviours through a range of digital initiatives including, VR experiences, content hubs and partner activations such as behind-the-scenes Twitter cameras that can be triggered by using brand hashtags.

Google Assistant has been helping fans to discover the latest information on their favourite Paralympians, find out where to watch the Games live and catch-up with daily recap videos.

With Google Images, users have been able to see photo galleries of some of the best photos of the day from Getty Images.

While Google Search replaced its logo with the Doodle Champion Island Games – seven mini games, which have been helping to spread awareness and the spirit of the completion.

On the Facebook app, the content hub has featured highlights from official Paralympic broadcast partners, teams and athlete overviews, plus a Paralympic Games quiz.

Via the @Paralympics Instagram account, fans have been able to access an AR effect that enables them to attempt to mirror the movements of Someity, the official Paralympics mascot, and earn AR medals for their performances.

The @Wethe15 Instagram account and Paralympics Facebook and Snapchat accounts have also featured an AR effect to help fans promote the WeThe15 movement, which aims to end discrimination against people with disabilities, who make up 15% of the global population.

On TikTok, users have been able to show their support for both the Games and WeThe15 with a special purple Paralympic Flame filter, incorporating the colours of the WeThe15 campaign.

Moreover, some 13 official Paralympic broadcasters around the world have been live streaming on YouTube and Facebook, while the International Paralympic Committee’s YouTube channel and Facebook page have been streaming more than 1,200 hours of live sports and highlights across 219 territories.

As linear television ratings fell in the US, NBC Universal will be thankful for its Peacock streaming service, which saw usage increase by 24% among more than 20 million active users during the Summer Games.

By the end of the first few days of Olympic competition, NBC Sports said consumers had already streamed one billion minutes of Tokyo 2020 programming across Peacock, the NBC Olympics app and the NBC Sports app – the fastest it had ever hit that milestone.

Worldwide advertisers, rights-holders, sponsors and organisers of future major events will be looking at both the rise in streaming, the decline in traditional viewing patterns and the impact of social and digital engagement tools around both the Olympics and the Paralympics to plan strategy for the future and to consider new sponsorship and branded content opportunities.

Companies should also be keeping a close eye on how athletes have become their own media brands, with the ability to scale huge hard-to-reach online fan-bases.

Partnerships entered into early in the build-up to a major sporting event could pay real dividends when that athlete becomes a household name a few years down the line.

It’s these trends that will shape media planning around upcoming events such as the Beijing 2022 Winter Games, the World Cup in Qatar and of course, Paris 2024.

With the delayed Tokyo 2020 taking place this year, it’s easy to forget how quickly the next cycle of major sporting events will come around. But with viewer behaviours evolving exponentially in line with the pace of technology, anyone investing in the future of major events needs to keep on their toes.