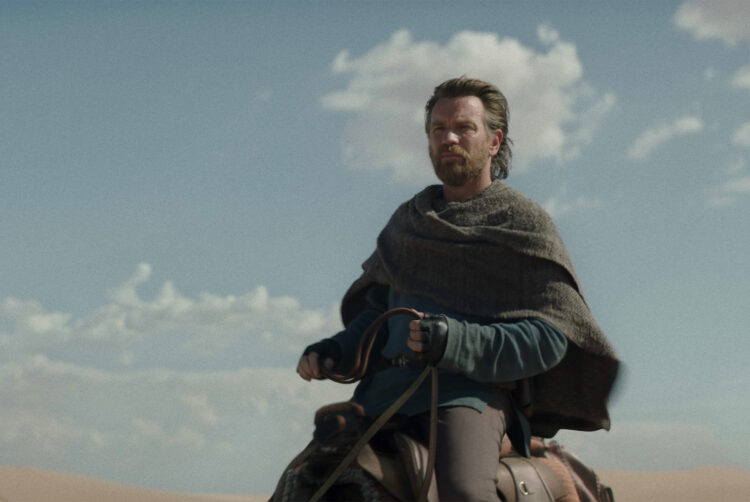 Kantar’s Entertainment on Demand research for Q2 2022 found the number of VOD-enabled households signed up to at least one video streaming service in Great Britain fell to 16.42 million or 56% of households, compared to 58% of households in Q1 2022.

The research company also found 1.66 million SVOD services were cancelled in that time, up from 1.51 million cancellations in Q1 2022 and 1.21 million a year ago.

The largest drop in streaming subscriptions was 2.6% points in the youngest households, those with under-24s, compared to a decrease of 0.5% in 55-64 year-old households.

The research suggested this decline was “in almost equal part” driven by a decrease in households taking out new subscriptions and an increase in those cancelling services.

The reasons behind this were inflation rising to 9.1% in May 2022 meaning younger SVOD viewers, often on lower incomes, are forced to cut their spend the fastest.

However, it was highlighted that this cohort have other lower cost or free entertainment options from TikTok to BBC iPlayer.

Almost two thirds of those who cancelled an SVOD service in Q2 2022 continue to use BBC iPlayer weekly.

Disney+ now has the highest net promoter score across all major SVOD services in Great Britain, while Netflix saw a drop of -10 compared to the previous quarter.

Kantar’s research suggested this was due to “a perceived decline in value for money” and satisfaction with the quality of shows, despite high-profile releases including Stranger Things and Ozark.

Planned cancellations of Netflix grew with 27% consumers citing price rises as the reason to cancel and 46% saying they wanted to save money.

Additionally, planned cancellations of the platform fell to an all-time low of 3.2% and their share of new subscribers increased to 21.5% in Q2 2022. 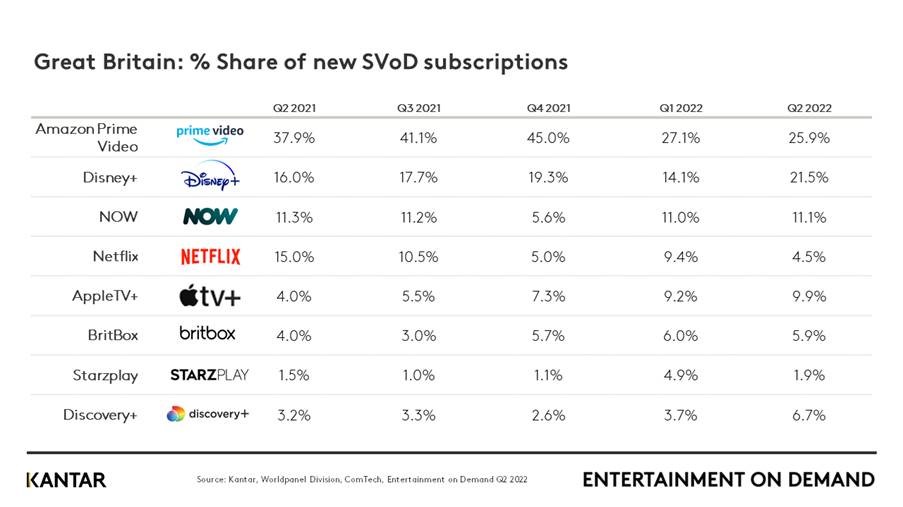 Apple TV+ grew its share of new SVOD subscribers to 9.9%, its highest ever share for the second consecutive quarter and registered satisfaction with original content at “an all-time high” with planned cancellation at “an all-time low”.

Kantar ascribed this to its focussing on localised content, with its top three TV series all being British: Slow Horses, Ted Lasso and The Essex Serpent.

Disney+’s Obi-Wan Kenobi (pictured, main image) was “the most enjoyed” SVOD title in in the three months until June 2022, followed by Stranger Things from Netflix.