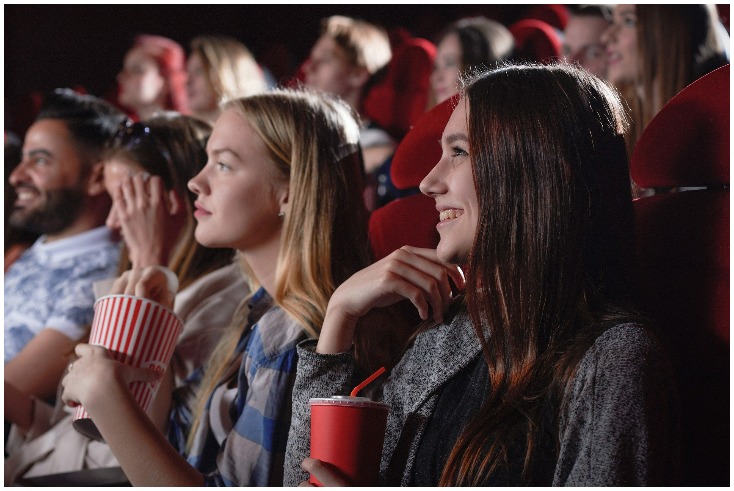 UK cinema bounced back at the box office during the first three months of 2022 as Covid-19 restrictions were fully lifted.

There were 27.8 million cinema admissions in the UK during the first three months of 2022, 23% lower than the same period in 2020 and 26% lower than in Q1 2019, according to the latest box office figures from the British Film Institute’s Research and Statistics Unit.

The depressed numbers are due in part to restrictive Covid measures on UK cinemas remained in place at the start of the quarter and were then removed at various dates across the nation throughout the quarter. Prime Minister Boris Johnson announced an end to legal restrictions on 24 February. 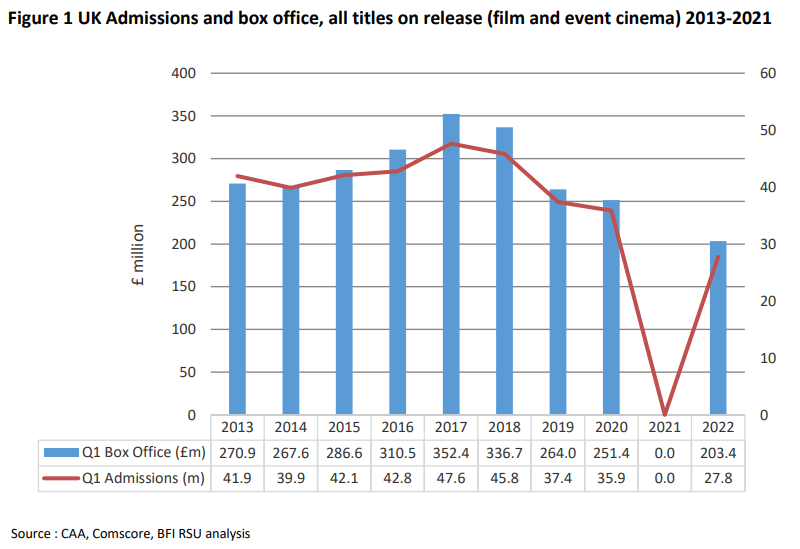 Though this is the second lowest quarterly admissions number on record (excluding quarters during the pandemic where cinemas were completely or partially shuttered), there is optimism reflected in the numbers, according to Digital Cinema Media CEO Karen Stacey.

“The cinema medium has been experiencing a stellar start to the year, with both consumers and advertisers returning in strong numbers,” Stacey said.

She added: “Young audiences continue to drive cinema attendance, with 16-34s accounting for 50% of the cinema audience. The older audience are also returning for the right film.”

Stacey cites films such as Downton Abbey: The New Era and Top Gun: Maverick as having particular appeal to older audiences.

In Q1, Matt Reeves’ The Batman was the big winner, grabbing £40.5m at the box office to lead all films. In March, the Warner Bros. blockbuster took home 54% of total box office for the month.

The market share of independent UK films was 16% for the quarter.

“We’re confident the rest of the year will be nothing short of amazing, but 2023 is also shaping up nicely and this is the time for brands to start taking advantage of the incredible upcoming film slate,” says Stacey.

Digital Cinema Media has seen a significant rise in cinema ad spend as brands anticipate a continued bounce back in cinemagoing – the ad company’s Q1 2022 revenue surpassed 2019’s peak levels, with a positive outlook for the rest of the year.