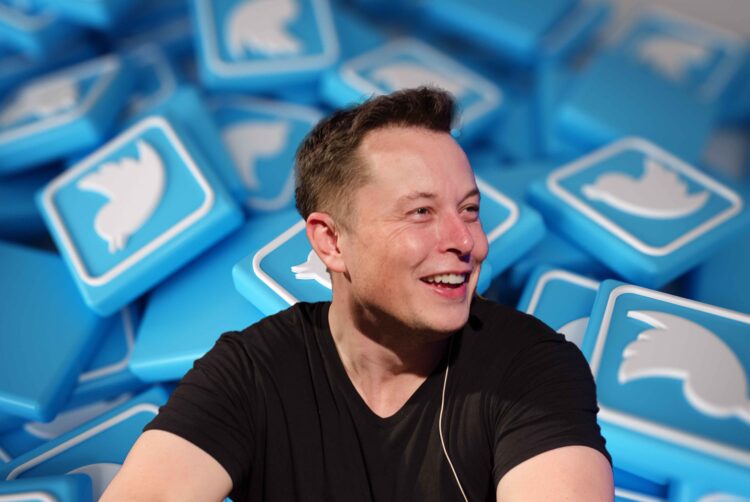 As the Musk-Twitter media circus continues, major international news organisations should be planning a rescue package for when the curtain finally falls.

Pantomime is fashionable again this Christmas – mainly of the more adult variety with innuendo piled on innuendo.

Ian McKellen has even stepped out as the star of Mother Goose.

But the greatest media and indeed corporate pantomime of all time is now running — the Elon Musk Show at Twitter.

Will he or won’t he step down as chief executive of the social media site? Or will he pull a Trumpian manoeuvre and declare the vote that should have ousted him invalid because he only lost through the deployment of fake accounts?

Or maybe they were the wrong kind of votes. Perhaps only blue badge subscribers should have been able to vote on whether Musk should stand down from the top job.

At the outset Elon Musk seemed to be unambiguous. Under his own Twitter nom de guerre Musk asked in a poll set to last 12 hours: “Should I step down as head of Twitter? I will abide by the results of this poll.”

Should I step down as head of Twitter? I will abide by the results of this poll.

Rather like Trump and the Presidential election — only a bit more so — the vote could not have been clearer.

Since then Musk has responded to the suggestion that fake accounts had been involved in the poll with the single word “interesting.”

It would take a heroic number of fake accounts to even get close to bridging the gap between the Yes and the No vote in this case.

So what was the poll for?

Given the endless controversies of his brief reign in Market Street, San Francisco, he must surely have known that the vote would almost inevitably go against him.

Could he have been so wholly bound up in his own ego, so unself-aware to have thought otherwise?

There is a more cynical view. Barristers always advise that you should never ask a question in court of a witness that you do not already know the answer to. Surprises are the worst possible outcome.

Under this theory, Musk was actively seeking permission for a semi-respectable exit from the unholy mess he has created at Twitter.

The predictable negative vote would enable him to hand over to someone else and get back to the mainspring of his wealth — the electric car company Tesla.

Alas, what has happened since the vote suggests that may have been far too rational an analysis.

Virtually nothing happened for days after the poll and Musk admitted he had no one lined up to take over as chief executive and all is adrift and chaos once again.

No one wants the job who can actually keep Twitter alive. There is no successor.

As opposed to a decision that might define something about the future direction of the company, it looked like merely another episode in the Musk school of management by Tweet and whim.

I will resign as CEO as soon as I find someone foolish enough to take the job! After that, I will just run the software & servers teams.

What has happened since Musk took over?

Since 22 October when Musk launched his pantomime there have been endless twists and turns in the plot, many in direct contradiction to what his stated intent was at the outset.

A self-described free speech extremist Musk blocked the Twitter accounts of journalists who had written critically about the company.

Cue international outrage, and Musk the pantomime villain had to reverse the wretched decision with 48 hours.

Next up Musk decided it would be a good idea to block anyone who linked Twitter to any other social media outlets whether Facebook, Instagram or what may turn into the new home for refugees from Twitter: Mastodon.

It was rapidly pointed out that this was uncompetitive behaviour and that the EU area alone could expose Twitter to fines of up to 20% of annual revenues.

Musk did the usual flip-flop and in future the ban will only apply to those using the site, predominantly, to promote rival social media organisations.

“Going forward there will be a vote for major policy changes. My apologies. Won’t happen again,” promised Musk, thereby opening the door to further cycles of chaos.

A negative feedback loop for Musk’s other businesses?

When Musk was legally forced to honour a $44bn commitment to buy Twitter, the market capitalisation of the company was already down to around $38 billion.

Since sacking more than half the staff, including the essential safeguarding section – essential, that is, if you want to continue to have the support of advertisers from whence flows most of Twitter’s revenue – it is impossible to say what the company is now worth.

The best method of valuation in these unprecedented circumstances is probably to think of a number and divide by ten.

For Musk, the problem now extends far beyond Twitter and runs deep into his more central businesses.

It is always ridicule in the end that undermines the reputation of politicians like Trump and supposedly serious businessmen such as Elon Musk.

The shares of Tesla rose when the word spread that he had lost his self-imposed confidence vote, but any gains will quickly evaporate if he decides to continue hanging around.

Increasingly, the eccentric behaviour of the self-described “chief Twit” Musk, is in danger of washing over to Tesla. According to CNBC the value of Tesla shares have fallen by 28% since Musk bought Twitter.

Senator Elizabeth Warren has written to the Tesla board accusing Musk of failing to meet his responsibilities as Tesla chief executive and calling on the board to investigate.

“We see potential for a negative feedback loop from departure of Twitter advertisers and users”, the analyst wrote.

Whether Elon Musk goes or stays at Twitter, there is now a huge question mark over the future of an important international source of news and information.

At the moment there are no obvious replacements for Twitter and it would be a disaster if it were to go under.

If they are not already, major international news organisations should be planning a rescue package for Twitter to ensure that there should be life for the platform when the curtain finally falls on Elon Musk — the pantomime.