Trust in media: are attitudes really so different across Europe? 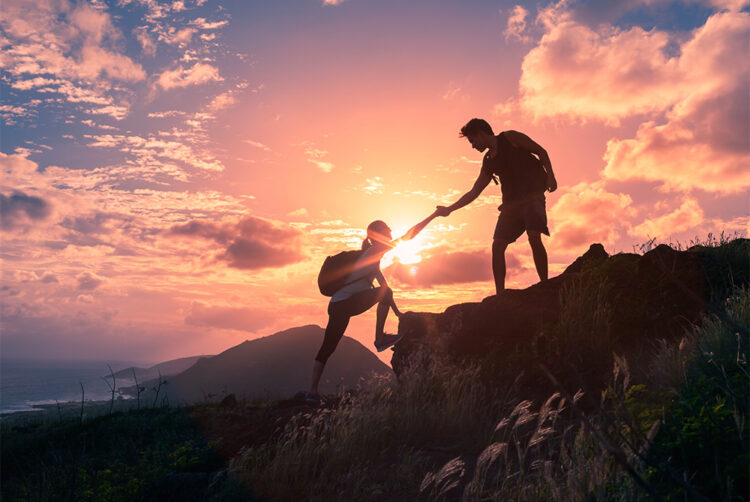 As long as brands continue to ignore ‘trust’ in their media planning, where is the incentive for this industry to become more trustworthy?

The Media Leader has rightly committed to championing the important area of Trust in Media in 2023.

In the debate about advertising effectiveness it has been proven that a fundamental pillar is Trust. Trust in the medium which carries your message enhances the trust in that message, and surely the opposite is also true. So without trust how can your marketing be operating at maximum effectiveness?

It seems like every day another story emerges which exposes huge wrongdoings by some media owners, and seemingly new heights of misinformation or the promotion of dangerous content to vulnerable individuals, which give us all good reason not to trust what we see, read or hear in some channels. And yet, barring one high profile recent exception, advertisers largely continue to spend their money in the same way as before, almost diametrically opposed to the Trust hierarchy.

Eurobarometer is a public opinion survey across 37 EU members or candidate members, paid for by the European commission and conducted by Kantar. I trust at least 50% of those two organisations. In its recent report, regarding Trust in media there are some amazing results which in many ways reinforce similar surveys conducted in the UK, amongst them by YouGov.

As was highlighted in a recent article, in the UK Radio is now the most trusted medium, with 61% of respondents “tending to trust” what they hear on Radio. The average for the past 10 years was in the low 50’s, so that’s a good step forward for Radio.

This means UK Radio is nearly seven times as trusted as Social media and three times as trusted as the Internet. Its reach is also growing, and it performs strongly against some of the younger audiences that social channels have done so well at penetrating in the past 10 years. Yet it continues to languish at 2% of UK Ad spend. Of course it isn’t visual, and so comes with challenges, but surely, 72% of ad spend going to the two least trusted media, and 2% going to the most trusted just doesn’t add up.

At The Media Leader’s recent Future of Media conference, a debate heard from one radio broadcaster who argued quite strongly that the matter of trust in media was not relevant to them. Given their strong levels of trust that may seem to make sense. However, when 72% of media spend is invested by advertisers and their agencies in digital channels, it would seem highly relevant, as Trust is clearly currently being ignored as a major factor. Also, of course, no media enjoys absolute trust. A lofty and impossible ideal, but 83% of the Swiss and the Danish trust radio in their countries, so there is still room for improvement.

Behind Radio, the UK pattern is a familiar one. 53% trust in TV, which is slightly up on the 10 year average, but well behind the Icelanders at 82% and those ever trusting Danes at 79%.

Sadly only 35% of Brits trust the written Press, one of the lower figures across Europe, and less than half that of the Norwegians at 74%.

I cannot claim to be an expert in the media landscape of those nations, but surely there aren’t fundamental structural differences which mean their media is inherently more trustworthy.

So with that in mind, maybe the score of 21% of UK respondents trusting the Internet isn’t so bad. Interestingly, across Europe the average score for trust in the internet is 35%, with only the Albanians getting as high as 60%.

And the Albanians make another appearance at the top of the leaderboard with 57% trust in Social media networks, vs the Euro average at 20% and the Brits with one of the lowest Social media trust figures at 9%.

Sadly OOH isn’t included as this is a survey about the media’s content not specifically ads. Cinema also isn’t included. But, for the record, YouGov puts both at 38% Trust, and there isn’t much reason to suspect they would perform differently in this survey. Although the Albanians might give a different view.

Trust in the medium improves communications effectiveness. No medium enjoys absolute trust, and all have room for improvement. So part of the debate is about how media owners can help build trust in their medium and in turn improve advertising effectiveness for brands.

But for as long as brands continue to ignore Trust in their media planning, where is the incentive? 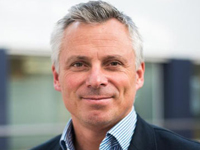 Danny Donovan is the founder of Build Media and is former CEO of Mediahub UK and MD of MediaCom UK.

Mediatel are the audio experts operating at the centre of audio trading, distribution and analytic processing. Contact us for more information on J-ET, Audiotrack or our RAJAR data engine. To access our audio industry directory, visit audioscape.info and to find your new job in audio visit Mediatel Jobs, a dedicated marketplace for media, advertising and adtech roles.
Charlie Yeates, Director of Investment, Bauer, on 30 Nov 2022
“I hear you Danny! You know where we are… Charlie”
Nick Drew, CEO, Fuse Insights, on 30 Nov 2022
“Really thought-provoking reading. I think the question for the broader industry that arises from it is: why does trust in media matter? We take it as read that it matters inherently - it matters because it matters. But if we look beyond that self-referential reasoning, it's not enough; and as pointed out elsewhere various of the UK's print publishers, in debasing themselves in coverage of the government of the day, foreigners, and the climate, have made the calculation that 'trust' - or even truthful representation of the world - is not a necessity for their continued success and profit. Consumers don't 'trust' advertising - they file it away as a unique thing that they can occasionally find informative, entertaining or inspiring, but there's little trust or even explicit enjoyment. And advertisers clearly continue to be happy with aligning themselves with such less-trusted media. So *why* is trust important? What fundamental value or assets does it have that would force publishers - and brands - to see it as an essential part of their thinking? Answer that and we have the basis for a more considered, thoughtful and trusted media; and a framework for judging newer news media such as the internet (all of it), social media and broadcast platforms such as TalkTV.”
Julian Petley, Professor of Journalism, Brunel University, on 29 Nov 2022
“The Eurobarometer survey, along with those carried out by Reuters, the EBU and Edelman, used to be a really valuable resource for those wanting to compare levels of trust in the various media in all the EU countries. Sadly, the UK is no longer covered by it: https://europa.eu/eurobarometer/surveys/detail/2832”
Brian Jacobs, Founder, BJ&A Ltd, on 29 Nov 2022
“Danny raises an important point. For many years the EBU has monitored trust in printed media forms by country. The UK comes bottom, or next to bottom consistently. This won't come as a surprise to anyone reading our newspapers on a regular basis across all titles but it is shameful given our newspapers' heritage and past reputations. Then there's social media - and the platforms' refusal to see themselves as publishers. Advertisers have a great deal of power to influence publishers (as Mr Musk is currently discovering) and whilst I would be wary of attempts to influence individual editorial decisions (except under the most extreme circumstances) I do feel that we need a second Leveson Enquiry (as originally intended) into the cosy relationship between the media, politicians and the police. And as an industry we certainly need to remove the rose colored spectacles through which we consider social media channels.”