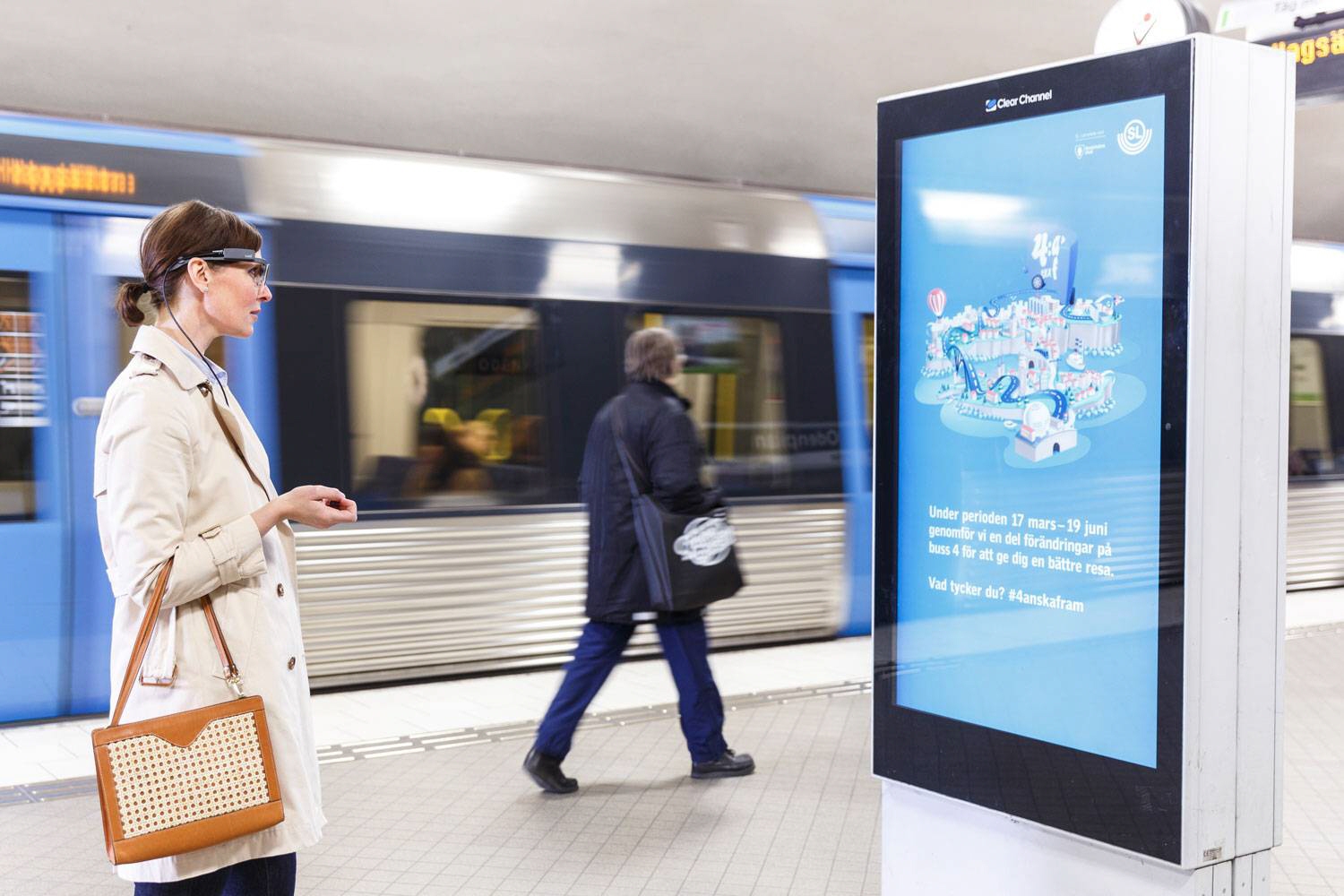 Mike Bartels, North American director of marketing research & UX segment for eye-tracking tech company Tobii, believes attention data will become ubiquitous and is surprised it has taken the advertising industry this long to catch on.

While attention metrics have only recently begun to pick up momentum in the advertising industry, Tobii Technology, a Swedish company which develops eye-tracking products and research, has been asking those questions since their founding over two decades ago.

“The entire idea behind [Tobii] is there’s something very powerful in being able to access information directly from human attention,” says Mike Bartels, director of marketing research & UX segment, North America in an interview with The Media Leader.

Eye tracking is not a new form of study, though contemporary technology has certainly advanced its capability – early scientific studies date back to at least 1879 when French ophthalmologist Louise Émile Javal conducted research using direct observation of individuals’ eyes as they scanned across text.

Today, Tobii, which has partnered with attention measurement companies like Adelaide by providing their eye tracking tech, conducts more robust research on a wide array of subjects dealing with visual inputs and attention on top of their hardware development.

Bartels explains the company has grown into three core applications since its founding in 2001: commercial research and research into scientific topics, incorporating attention as an input modality for consumer devices such as computers, smartphones, and video games, and creating assistive technology for people with disabilities.

The possibilities for eye-tracking tech and research are effectively limitless, according to Bartels.

“Try to think of something without a visual component,” he explains. “It’s like radio and that’s kind of it. Sleep, maybe, although there is [even] some eye activity while you’re sleeping.”

Applications for the technology are thus vast and are likely to become more ubiquitous, according to Bartels.

For example, Tobii is working on driver safety initiatives with car manufacturers to be able to tell whether a driver is looking at the road. “You might think about an eye tracker just like you think about airbags or a seatbelt in 10 years,” says Bartels.

The company also does extensive research on visual package design as well as builds systems that allow individuals with disabilities or neurodegenerative diseases like ALS to interact with screens using data from their eyes, such as opening applications, typing, operating certain utilities around the house, and more.

“It’s incredibly inspiring. It’s taking people that sort of lost their ability to connect with the world and [providing] the opportunity for them to reconnect.”

In addition, a growing aspect of the business is in the world of virtual reality. In order to dramatically cut down on computer processing demands, VR companies are using foveated rendering; that is, only rendering in high-definition areas that someone is directly looking at and leaving everything else in the peripheral pixelated. The result is a more efficient VR development experience, which can allow for more detailed and immersive environments to be built.

Parallel to VR developments, gaming is also a becoming a source of interest for eye tracking technology. Game developers are considering incorporating the tech as inputs for video games, and some Twitch creators integrate eye tracking into their streams so fans can see precisely what they’re looking at during gameplay.

A core part of the Tobii’s business, however, is in advertising and marketing.

As various leading columnists and contributors have written for The Media Leader, there is an ongoing reckoning over how best to measure ad effectiveness in media, and attention metrics may be best suited to fill the void left by declining confidence in established measurement tools.

“I think the idea that knowing the number of impressions or knowing the viewability of an ad tells you everything you need to know about the ad is rapidly becoming outdated,” agrees Bartels.

He explains that part of what has held back the desire to use attention data is that, until recently, it was cumbersome to get that data. But now you no longer need to be a PhD student in a research lab to access what people are looking at.

The ease of access to increasingly robust attention data “has kind of – no pun intended – opened the eyes of a lot of advertisers to like, ‘hey it’s great to know when something’s on screen, but if we can get access to how many eyeballs land on it, why aren’t we leveraging that data?’” says Bartels.

Nevertheless, he expressed disbelief that it has taken the media industry so long to start tapping into attention data.

“I’ve been a little surprised that it hasn’t been ubiquitously and unanimously adopted by media companies, by TV stations, by the advertisers themselves – pretty much everybody that is interested in the success or the failure of an advertisement.

“It feels like such a no-brainer to me that I’m just surprised that this hasn’t matured more quickly and become something that’s all over the place in the advertising industry.”

While still relatively early on in regard to adoption, research divisions at companies like Google and Facebook have begun using eye tracking to understand how frequently people’s attention is diverted from watching television to other devices.

But the use of attention data need not be limited to just digital advertising, of which much of the conversational focus often lands. Tobii has also worked to help out-of-home companies such as Clear Channel Sweden and media owner Limited Space understand the effectiveness of their campaigns.

Bartels then describes a similar study in which baseball fans wear a set of their eye-tracking glasses to the ballpark so they could see how often the participants were looking at the advertising on the outfield wall or scoreboard. Another followed potential car buyers’ vision at a Toyota showroom to see what promotional materials and aspects of the cars on display were drawing the most attention from different demographics.

But just because someone sees an Anheuser-Busch ad at a Cardinals game (Bartels is a fan) does not mean that they’re perceiving the brand positively.

While Tobii’s “sweet spot”, similar to other related companies, is in attention itself, additional research is done to understand the emotions that are behind the attention people give to advertisements, with recall and recognition surveys often being used in conjunction with eye tracking data to understand if ads have left an impression.

“The best, clearest, and most traditional way to [understand] is just to sort of probe people’s thoughts and opinions afterwards.”

But in addition, other advanced types of biometrics such as facial expression coding are used. Tobii is not only able to capture eye movement, but also study how the face is reacting to different stimuli; there are algorithms that track when people laugh, smile, look frustrated or tuned out, and more.

“That’s another data stream that a lot of companies are pairing with attention data. Did they see [the ad]? And what was the emotional valence at that moment that they saw it?”

Data can be very granular – Tobii can know whether you saw an ad’s branding or message and know precisely at that moment where an individual’s emotions lay.

Bartels also explains how Tobii has found that digital users are evolving rapidly in how they visually interact with different platforms. In Google search results, for example, individuals generally know to quickly avert their attention from sponsored links to find the results they are actually looking for.

“What you can see in the visual attention data is how quickly people learn: this is where the ad is, I’m just going to skip right over that.”

That type of knowledge is in part what has driven the growth of more covert advertisements that disguise themselves as content, be it online or on social media platforms such as Facebook and Instagram.

Similar findings from Tobii have confirmed other intuitive ideas such as that crowded webpages are less conducive to people taking time to explore everything on the page than pages with a lot of whitespace.

The Minority Report or ‘a more precise way of measuring an overt behavior’?

Bartels admits that when people first hear about a tech company that has eye-tracking technology that can measure subconscious behavior in such a robust way, it can certainly sound a bit frightening.

Tobii rigorously considers the ethics of its research, he maintains, and only uses participants that have given informed consent to be studied.

While anxiety about eye-tracking research is still understandable, Bartels describes typically receiving enthusiasm and intrigue about the work he does for Tobii from uninformed friends or family members. 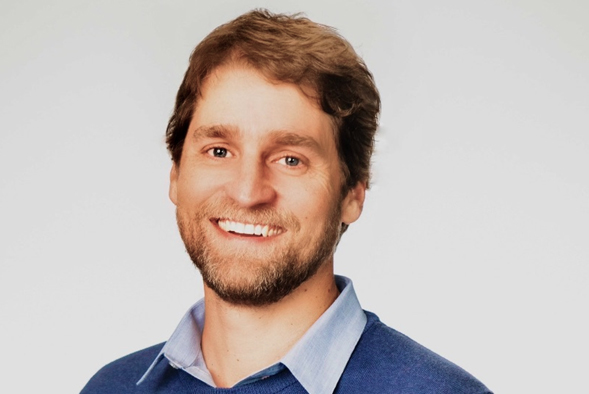 “There is some ‘whoa, this technology feels kind of Minority Report-y’, but once you really get into it, it’s simply a more precise way of measuring an overt behavior, and the implications of that can be extremely powerful both in a commercial sense and also for a betterment-of-mankind sense’”, he said before admitting that personal bias colors his view of the technology.

After working for Tobii for 10 years and taking part in thorough discussions on the ethics of their tech and research, he isn’t concerned about whether the company will make morally just decisions.

“[It’s] something we want to make sure we’re on the right side of history on.”