To borrow from Frank, it’s the final curtain 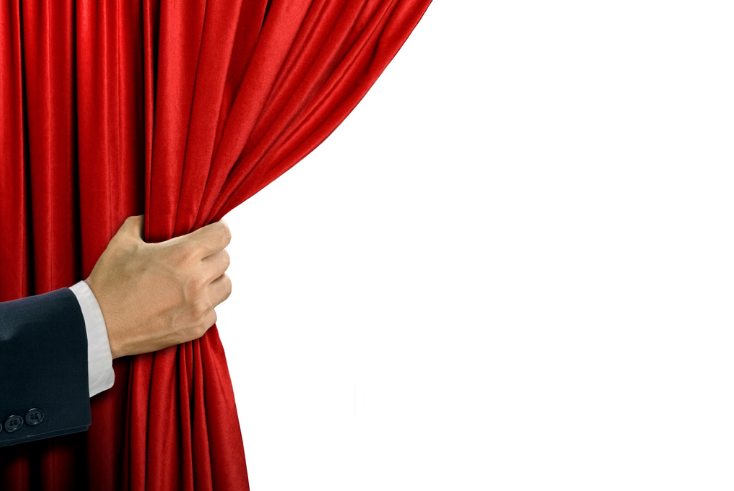 Dominic Mills bows out from his weekly column for Mediatel News with six of the best from the archives.

It has been a privilege, and the joy of this column has been that it has given me a ringside seat to an industry I love, access to a slew of talented and interesting people, and the freedom to say what I thought regardless of who I irritated or offended. I always said that, although it was the worst-paid thing I did, it was the most fun.

So why stop? Two reasons really.

One, without the regular face-to-face contact with people I have found it increasingly hard to write; and two, I’m in that male, pale and stale cohort.

It’s time for a new face. I also feel that the industry is in a better place than it’s been for years, so now is a good time to hand the baton on.

I know there will be those who thought I was too quick to find fault — curmudgeonly, would be one description — and accentuate the negative. Maybe, but that is part of a columnist’s job. If they don’t highlight the daft, the ridiculous and the faddish, they’re doing their readers a disservice.

It must however, be honest and come from an underlying position of respect, and I hope that even if did annoy, readers could see that. It’s a bit like the role of the court jester, to say the things that others can’t or won’t.

I should add, though, that a reader once said to me: “My problem with you, Dominic…is that you’re not curmudgeonly enough”.

In that respect I’d like to thank adtech for an inexhaustible supply of f***wittery to write about. It was the gift that kept on giving.

If I have a fear about adtech — and it is not adtech per se – it is that the keys to the kingdom have fallen into the hands of people who do not have advertising in their DNA, and certainly do not have its best interests at heart.

None of that is to say that mainstream advertising has not also served up its fair share of idiocies: the intersection of wokery and purpose, a self-absorption as represented by Cannes, Mondelez’s ‘humaning’, and an inability to find or evolve a sustainable business model, to name a few.

But those things have faded into the background somewhat, and today I see a reborn and re-energised industry, much of it down to the pandemic, when the collective business rolled up its sleeves and rediscovered its mojo.

[advert position=”left”]
As they say, a crisis doesn’t build character, it reveals it. And one of the fascinating things to me is the way that, while we all expected a post-pandemic bounce-back, the way budgets have consistently grown faster than GDP suggests clients have reframed their expectation of the role advertising can play in their businesses.

Right, that’s enough nicey-nicey for the moment. Editor Oakes asked me to offer up a few ‘Best of’ columns from the archive. Here they are, with short added commentaries.

1. July 2013: Publicis and Omnicom: a towering edifice of ego

I never really understood the stated motivation for this deal, which seemed entirely specious to me — come on, were clients saying they wanted their agencies to be even larger? — so I saw it through the prism of ego.

When I read that Maurice Levy and John Wren planned to run the new entity as joint CEOs for 30 months, after which Levy would become chairman while Wren remained CEO (and presumably take Levy’s role after a decent interval — I was convinced it would never work. And it didn’t, although it took them nine months (till May 2014) to summon up the courage to pull the plug.

This was inspired by Shingy, who was AOL’s ‘digital prophet’. With hindsight it’s a shame AOL didn’t listen to him. Plus, Microsoft had a ‘chief envisioning officer’ but what made me laugh about that was that his job title only had UK in it, so he could only ‘envision’ within our borders. I tried to make the point that, within the context of individual organisations where management wanted to make a statement, a job title stupid to the outside world could make sense, but on reflection I was trying to be too kind.

I later came across a digital media sales guy who was in charge of the ‘revenue waterfall’. I wrote about it and then I met him later, a painful experience for both of us.

First, I had got heartily fed up with industry people saying “Let’s meet up in Cannes….” when, as a freelancer paying my own way it simply wasn’t worth going.

Second, we were on the brink of what I now call ‘peak Cannes’, the point where the festival and its attendees were so up themselves, providing a platform for everyone from the UN to Monica Lewinsky, David Hasselhoff and Phil Collins (ok, I might have made him up).

It was all about ‘creativity can change the world’ when what they were celebrating had little bearing either on the bulk of the ad industry or the real world. If Cannes could have eaten itself it would have done.

4. December 2015: A migrants’ guide to Britain via the advertising

I wrote this when the early waves of cross-channel migrants were arriving. There are many ways to understand a country, both for insiders and outsiders, but I have always thought that a day or two spent watching TV and all the ad breaks would give anyone a useful short cut.

Worship of pets/furry animals, tolerance, a fondness for the daft, the implicit rather than the explicit, a gentle sense of humour, the power of retail and our zest for consumerism.

In fact, I don’t know why the Home Office doesn’t scrap the bizarre citizenship test, which most native Britons would fail, and replace it with a quiz about ads.

5. January 2019: What my gran would say about Gillette

This column was about Gillette’s toxic masculinity ad and, like Pepsi’s ‘world peace’ effort a few years earlier, was about trying to take the highest of high moral ground.

What profoundly irritated me was the imbalance between talk (ie nearly all) and action (hardly any). In a way, it was the maths that exposed the gap: Gillette proposed it would donate $1m a year for three years to organisations like the Boy Scouts that could help defeat toxic masculinity. Nothing wrong with that, per se, but pathetic when you realise the ad would have cost that much to make (ignoring media spend too) and that sum represented (roughly!) 0.015% of annual razor/shaving cream sales. One more thing. How would anyone know if it was working? I note that, shortly after, Gillette went quiet on the whole business.

Indulge me with this one from April 2020, a few weeks into Lockdown 1.

None of us knew how long it would go on, and I wanted to inject a bit of humour into what, at the time, was a grim situation and looked especially grim for adland.

The idea was to use home schooling as a peg, setting children the task of resolving various adland problems under the guise of the school curriculum.

Thus, for example, Maths, Home Economics, Science and Ethics/RE tasks were all linked to agency/media/client issues. I am not a humorous writer and wasn’t confident it would work, so I buried the item in the middle of a longer column.

The boss (Greg Grimmer) kindly said it made him laugh — there was a MAMIL (middle-aged man in lycra) joke for which he was, unknowingly, my role model — but that was my one and only attempt at comedy.

I can’t finish without saying thanks, first to former Mediatel boss, Derek Jones who (although we’d only ever met once before) left a voicemail saying “Fancy writing a column? If so, can you start next week?”

Both he and Grimmer have never sought to interfere and have uncomplainingly and discreetly (meaning they never told me) fended off complaints. But I know, from others, of a few.

Editors David Pidgeon and Omar Oakes have, similarly, given me freedom while also having my back, and never complained about the typos and misspellings.

And of course the readers and all those people who have been more than generous with their time, insight and, when it came to explaining complicated stuff, patience.

They know who they are. There is also another category of reader, the ones who gave me help without realising it, just through serendipitous conversation and socialising, all of which I also enjoyed enormously.

They helped me more than they ever knew.

And that’s it. Cheers.

Editor’s note: Anyone who meets Dominic is likely to have experienced a rather strange feeling: despite the often ferocious and mordant character that has been created through his commentary, he is utterly charming and self-effacing in person.     You then realise why he has been such a fixture of the UK advertising and media community for so many years; Dominic is utterly likeable and approachable even if his columns might have irked many a brand marketer or agency boss.

I’m particularly grateful for the support he’s given me, as a new editor and Mediatel outsider who joined last Spring, and we’re going to miss publishing his column each Monday.

JamesParnum, Head of Planning, MediaCom, on 14 Dec 2021
“Long time reader, first time sharing a comment. Just wanted to say thank you. I have personally enjoyed and learnt so much from your column. Almost made Mondays a highlight of my week.... Good luck for the future!”
TimFoley, What was it again?, Pointlogic, on 14 Dec 2021
“Dominic. For many years, I really enjoyed reading your stuff with its honest and witty content. Good to finally tell you how good it was, although clearly a tad late!”
MikeBaker, Founder, InterviewBot, on 14 Dec 2021
“Bravo Dominic. You'll be very much missed. Consistently on point, sharp, witty, deflating, informative, acerbic, well-researched, fair and entertaining. What could be better than that?”
DeniseTurner, Director of Research and Insight, Newsworks, on 13 Dec 2021
“Such a sad day, always looked forward to your musings on a Monday, and your knack of telling it like it is. Of course in your review of your columns you've missed out one of the best - from April 2017, where you talked about the voice of brands and described my voice as exuding probity and warmth :)”
TessAlps, NED, C4 & ASA, on 13 Dec 2021
“Such a shame Dominic. We'll really miss you. Curmudgeonliness is really just idealism and ambition in another guise so we actually need more of that. Thanks for everything, from a fellow miserable git.”
BobWootton, Principal, Deconstruction, on 13 Dec 2021
“End of an era! And what an era. One of our greatest writers on advertising and all things related bows out from his weekly Mediatel column. I've been honoured and humbled to be on the same roster as Dominic and the other greats Ray Snoddy and Torin Douglas since 2013. Contributing roughly monthly to Dominic's weekly, my tally is rather less than a quarter of his 445 but I understand the pressures. And the joys. Bravo, what an innings, respect and happy Christmas.”