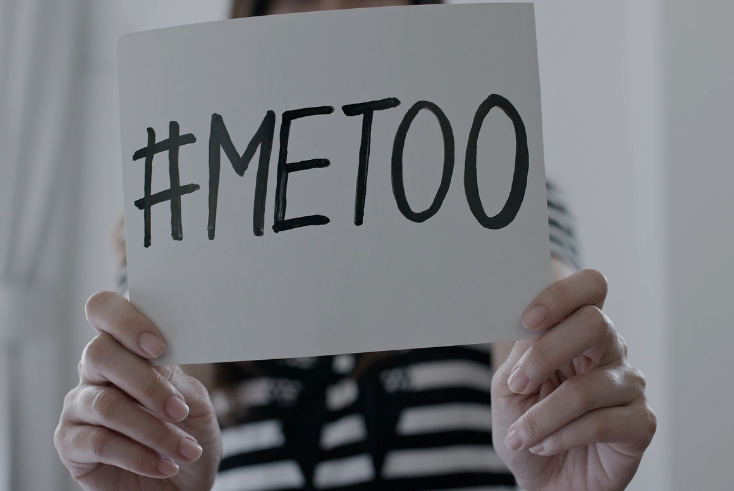 Sexual harassment at work is going to return as people go back into the office. We need to create the environment where it gets reported and responded to appropriately

When the #MeToo movement swept onto our shores from across the Atlantic, I don’t think many people resisted the idea that the UK had as many issues regarding sexual harassment as USA.

A moment of reckoning had arrived. Industries like marketing, with our predilection for informal workplaces, socialising, client entertainment and weekend working, were more vulnerable than most.

Arguably, our less formal work cultures seemed predisposed to a level of tolerance of sexual harassment, (and the accompanying NDA’s to cover them up) that should have been eradicated years ago.

The response was rapid. Led by a powerful coalition of the Advertising Association, NABS and WACL the #timeTo campaign was established three years ago. It identified that sexual harassment affected 34% of women and 9% of men in our industry, so we all have skin in the game.

Depressingly, their 2018 survey found that 74% of entry level young people aged between 18-24 had already experienced it – confirming that it remains widespread and ingrained in our cultures and would require specific action to drive it out.

Specifically tailored to our sector, they quickly provided us with a recommended ‘Code of Conduct’, a toolkit for those who stepped up to endorse the campaign, and an awareness building set of videos and print ads. It’s all very high-quality material, easily available on their timeto.org.uk website, and it is heartening to see the great number of companies who have signed up to endorse the campaign.

I’m sure the campaign has had an impact by raising awareness and challenge on the issue.

However, the intervention that has driven the most significant behaviour change has been the move to working from home.

This is borne out in the most recent survey conducted by #timeTo. The positive impact of the pandemic restrictions best summed up by one respondent who said, “Social distancing is one of the best things to have happened. I’ve never felt more comfortable being a young female in a male-dominated industry.”

Escaping the perpetrators by not being in the workplace provided temporary respite to an extent.  The research reveals that the number of people reporting that they “witnessed, experienced or heard about harassment” has dropped from a pre-pandemic level of 30% to 8% over the past year. That’s a big shift in the right direction.

The problem is that it is unlikely to be sustained now we are increasingly returning to the office.

It is sobering that sexual harassment was not eradicated completely, with 8% of people surveyed still observing it over the last year. I was surprised by that.

But these days sexual harassment is not restricted to face-to-face encounters. It happens online through texts, email, and inappropriate stalking on social media.

Returning to the office brings back the threat

It is therefore not difficult to understand why 89% of people surveyed said it was important that the industry continue to focus on this issue.

Nearly half the respondents (49%) are expecting sexual harassment to return as people go back into the office. They are probably right.

As inappropriate language and predatory behaviour returns, leaders will need to restate their ambition to stop it.

We know that sexual harassment remains an underreported behaviour.

She said: “Anyone who read Zoe Scaman’s recent article sharing harrowing personal accounts from countless women about the misogyny and sexual harassment they have experienced while working in our industry, cannot fail to be appalled.”

By giving voice anonymously to the many other women who have suffered, or continue to suffer predatory and unacceptable behaviour, Scaman showed that many women are still unable to speak up for themselves.

Restricted by NDAs that continue to gag them, or simply fearful of the consequences of blowing the whistle, they remain muted.

I think we can all agree that no-one should have to put up with it. Our workplaces should be safe. As leaders we must make sure our people feel able to come forward with their experiences and trust it will be properly dealt with.

Saying you endorse the Code of Conduct isn’t enough

There is rumbling criticism made of us as industry leaders. Namely that we are quicker to sign pledges, and launch eye-catching initiatives on workplace culture, than truly follow through with good practice.

Accepting that creating inclusive cultures will not happen through words and good intentions alone, this year the folk at #timeTo are asking leaders to go further than endorsing the campaign.

They are asking those senior leaders who have signed up to personally commit to doing the two-hour training session. Hopefully it is such an easy, time efficient and low-cost way get better educated it will be hard to resist.

Understanding this topic beyond personal anecdotes

Of course, just because we have experienced or witnessed sexual harassment doesn’t mean we truly understand what to do about it.

All of us must be prepared to do the work required if we are to real make progress on this. There is no excuse for opting out. No inclusive leader should be delegating this to someone else.

I have watched the excellent 30-minute taster video for the training and immediately got the point. I found there was a lot for me to learn or be refreshed about, such as the definition of sexual harassment and the standard of proof required in law.

Or the barriers to reporting and what to do about it. Or the myths about what ‘counts’ as sexual harassment and how to recognise it. Or understanding what is meant by ‘consent’ and the impact of power dynamics.

I also am proud to have just joined the WACL executive committee. At our first meeting of the year our newly-installed President, Kate Waters, told us that her ITV management board colleagues had made the time to go through the #timeTo training.

And yes, before anyone asks, the WACL executive committee have signed up to do it too.

I anticipate that, for some of us it will be quite painful, revisiting humiliating memories, and asking ourselves all over again what we could have done differently.

But this is an opportunity for us, as senior women, and leaders in an industry where this problem has not gone away, to roll up our sleeves once again.

I am looking forward to the opportunity exchange ideas on what our different organisations are doing to tackle it. And to prepare ourselves to support anyone who asks for our help.

Sexual harassment at work is going to return, so we need to create the environment where it gets reported and responded to appropriately.

The campaign asks us, “Where do you draw the line?” I don’t think enough of us know the answer. The training makes sure you do.