The week in media: Ad industry has lost the argument over HFSS and should move on 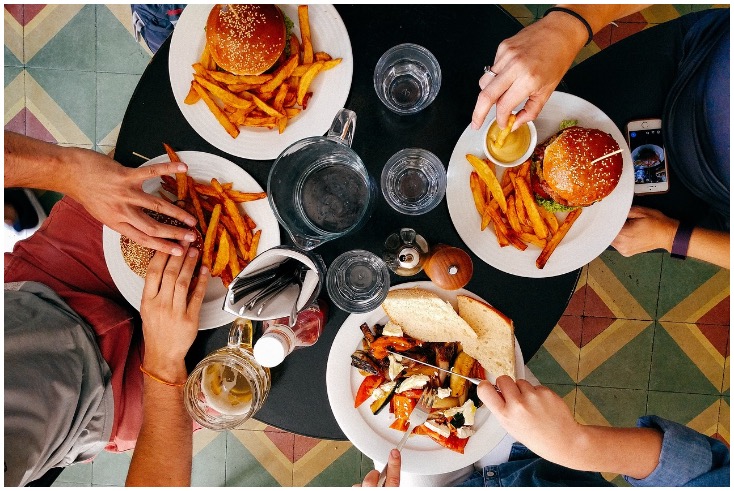 Advertising works, perhaps too well in the case of HFSS ads aimed at children. It’s time to move on and make (sugar-free) lemonade, writes the editor of Mediatel News.

Precisely no one working in advertising and media for the last year will have been surprised by today’s Government announcement that it will introduce an online ban and TV watershed for advertising foods high in fat, salt and sugar (HFSS).

Nor will anyone be surprised by the latest reactions from the industry bodies, each more indignant than the last.

The Government is “misguided”, according to IPA legal and public affairs director, Richard Lindsay.

He explained: “A TV watershed restriction will not target children and an online ban ignores more effective measures that would see technology being harnessed to reduce children’s exposure to certain types of ads without damaging businesses. The devil will be in the detail, but loud headlines do not mean good policy.”

“There is no evidence that what Ministers are proposing will have any meaningful impact on children’s health,” Smith added. “The possibilities of technology have been ignored, and industry’s attempts to deliver the desired outcome in a way which would also prevent economic harm to business have been waved away.”

Even more dramatically, the IAB UK CEO Jon Mew revealed he was “staggered” by today’s announcement, which he described as “hollow” and having “no impact on childhood obesity rates”.

Despite his state of imbalance, Mew managed to retain enough composure to declare that: “The Government is pressing ahead with a bad policy that creates an unequal media landscape and, in reality, will do little to improve the critical issue of childhood obesity.”

This last point about inequity is important. While TV broadcasters, regulated by Ofcom, would be bound to comply with the new watershed, it is less certain how online platforms such as YouTube, Google Ads, or all the other programmatically traded display systems would be policed to ensure HFSS ads do not run online.

Hence why the government is exempting brands’ own websites and social media from the ban, due to come into force next year.

As the head of advertising and marketing law at Lewis Silkin, Brinsley Dresden, writes today: “Mr Johnson’s attempts to fight the invasion of foreign HFSS advertisers is less like Churchill fighting on the beaches, and more like an earlier British leader, King Canute, drowning as the tide came in.”

Having our cake and advertising it

And yet, the trade bodies’ fundamental point, that the ban won’t work, is curious.

If reducing exposure to HFSS advertising does not reduce children’s demand for HFSS products, what’s the point of advertising to them in the first place?

That’s a huge amount of money going towards an enterprise that apparently wouldn’t make a difference if it disappeared – perhaps someone should alert Dido Harding to a leadership position?

The IPA’s thinking is that the Advertising Standards Authority already provides a heavy blanket of regulation on advertising HFSS products to children and that there are already ad restrictions in place on both TV and non-broadcaster video. They will also tell you that in mature consumer markets like the UK, ads persuade people to switch brands rather than  convince people to say, buy a hamburger versus not buy a hamburger.

But the fact is, advertising does work and the IPA in particular has gotten very good at proving it works, judging by the 1,500 case studies that are available on its website right now.

Time to move on

Bob Wootton, one of our Mediatel News columnists who previously spent 20 years as  director of media and advertising at ISBA, told me the industry had responded to previous bans in a similar fashion.

Wootton tells me the industry has made “elaborate” and “convoluted”  arguments that advertising influences brand preference, but not overall market volume.

“This time is no different, especially as government seems to be swayed by the medical lobby and is not heeding our claims that it will make minimal difference to consumption,” Wootton says.

Not just the medical lobby, but charities, too.

The Government cited compelling research by Cancer Research today that found almost half (47.6%) of all food ads shown in September 2019 on ITV, Channel 4, Channel 5 and Sky One were for HFSS products. This number rose to nearly 60% between 6pm and 9pm.

Ofcom research also suggests that children’s viewing peaks in the hours after school, with the largest number of child viewers concentrated around family viewing time, between 6pm and 9pm.

In other words, the industry is banged to rights: the ads work and children are seeing it before the watershed.

And yet crisis presents an opportunity.

Imagine if even half of the spend that goes on HFSS advertising would go on healthy eating messaging, or fitness products, or spots promoting public health awareness.

Government, for once under Boris Johnson, is doing what it should be doing: trying to improve people’s welfare by setting the rules of the market.

There is more than enough creativity and ingenuity in this industry to move on, adapt, and find new routes to success. Just as it did when tobacco ads were banned and before gambling ads were legalised.