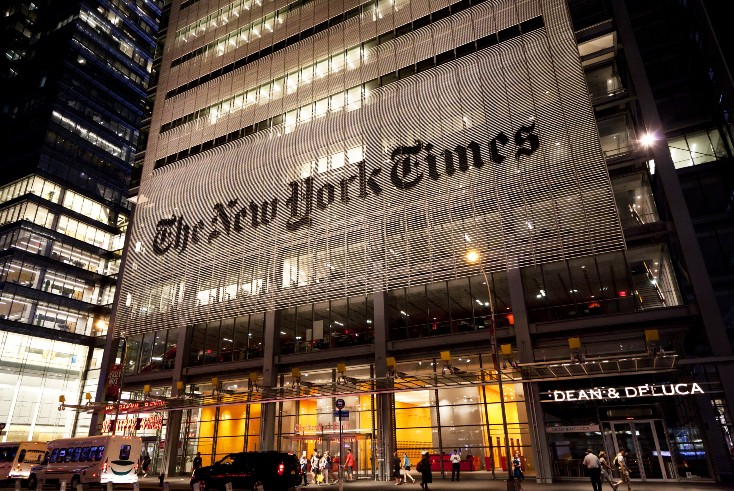 The company noted that the addition of advertising revenue from The Athletic midway through the quarter helped to offset lower ad revenue from fewer programmatic advertising impressions and “pressure from the macroeconomic environment”, which particularly affected print advertising.

Overall adjusted operating profit across the company increased 6% from $65.1m to $69m in Q3 2021. The profit growth was primarily attributed to higher digital subscription revenues at The New York Times, which more than offset expected operating losses at The Athletic.

New York Times Company president Meredith Kopit Levien announced the company would improve its full-year outlook given the results, now expecting full year adjusted operating profit between $320m and $330m. She stated: “Even in an uncertain macroeconomic environment, it’s clear The Times has a powerful, multi-revenue stream model with great unit economics and we’re aggressively chasing the tailwinds that will best position us to grow revenue and profit.”

In its Q4 guidance, the company expects further increases in digital subscription revenues and total subscription revenues of 20% and 10-13%, respectively, but 10% declines in digital and total advertising revenues. The guidance suggests further proof of The New York Times‘ strategy of recouping advertising revenue through a greater focus on attracting subscriptions through bundling its various verticals, such as NYT Cooking, Games, Wirecutter, and The Athletic.

The Athletic, which controversially introduced advertisements in September, is expected to contribute approximately 3 percentage points of the total advertising revenue at the company next quarter. The publication continues to lose money, with a Q3 adjusted operating loss of $9.6m.