The great reset: what’s next for media in a post-crisis world? 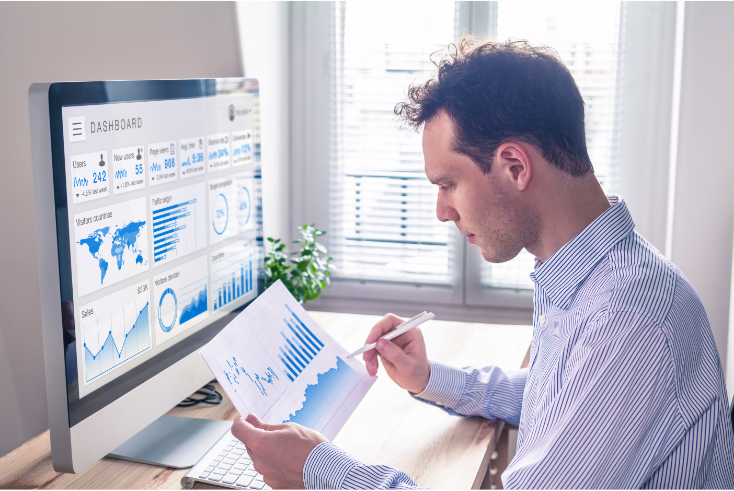 Kevin Brown, co-founder of Electric Glue, discusses how a shift to viewability metrics could change the media business (almost) overnight

We’ve all been through the mill these last two years, and now comes a new challenge. I’m going to argue here that it’s one we must not shirk. It’s our duty to take stock as we come out of the pandemic.

Mediatel News neatly pointed the way recently with a piece on the profound philosophical relationship between “crisis” and “opportunity”.

I’d go further. I’d argue that our first duty is to admit to ourselves that there have been lots of things we could and should have been doing better. Lots of problems that we were ignoring.

If we confront those problems, there’s another form of opportunity on the table.

I’m talking about the notion that we’re on the cusp of a revolution in metrics that could result in a deeper form of philosophical reset in our industry.

If you want to come up to speed on this, you should read the Attention Revolution columns, again here at Mediatel News, written by Karen Nelson-Field.

A shift to viewability metrics could change the media business (almost) overnight, making tangibly obvious the illusion of efficiency at the expense of effectiveness.

It comes down to this. Some of us have been gnawing away at a truth lying at the very heart of our industry: if people don’t see your ad, it can’t possibly be expected to work.

Am I suggesting that media strategists have somehow, rather carelessly, completely forgotten this blindingly obvious principle? No, I’m not.

What I am saying is that it has been parked to one side, in recent memory, as a rather inconvenient irritation.

[advert position=”left”]
As automated transaction systems have come to dominate the industry’s thinking, large swathes of the sector have come to rely on metrics that, if they’re being honest, just aren’t up to the task.

And we’ve also allowed many supply chain participants to mark their own homework.

The problem isn’t just that the creative and media sides of the industry speak different languages (though that’s demonstrably true in many instances) but that media planners and buyers have been pursuing illusory (and sometimes surreal) goals.

The mantra is that if you as a platform, publisher, advertiser or agency are not driving innovation in a multitude of digital channels, you’ll at the very least expend huge energy trying to catch the wave at which the acceleration in adoption yields even the tiniest competitive advantage.

In practice this is like rolling pastry so thin that it’s almost transparent.

A supreme antidote to mindless complexity

What about an alternative approach? What about making bigger strategic bets that have the power to create exponential growth for brands?

I’m thinking here of some smaller and medium-sized advertisers who’ve chosen to give their business to big network outfits. In the main, big network agencies have the success that they have, substantially by playing on a global scale, so engaging with small and medium sized UK advertisers runs counter to strategy.

But, even so, we can sympathise with the advertisers who chose them. They believe there’s strength, or protection at the least, in running with the big beasts. My firm belief is that a shift to a new measurement outlook will unzip all of this.

Viewability metrics are the supreme antidote to mindless complexity.

The next question is: what might these clients then do with their newfound freedom?

Well, they might want to revisit notions that they may have forgotten in recent times.

Like the fact that the largest media owners reach more than three quarters of the UK audience each week.

Or that these media owners deliver content and audience across the full screen-based ecosystems of today’s world, with tools and tech that enable new levels of dialogue between brands and consumers.

If you see media owners as potential partners (rather than the adversaries you intend to outwit by being too clever by half), you can create commercial models that have clarity on all sides and where all parties have sight of what success looks like, with a vested interest in delivering it.

Most importantly of all, forward-thinking clients might also buy, once more, into the notion of the power of media to liberate creativity.

So … how imminent is the Attention Revolution?

New research might validate new outlooks on media strategy – but at Electric Glue we know from direct experience that the braver sorts of clients don’t feel they have to wait for this validation. They’re already sold on the idea that their media strategies should be rooted in doing fewer but bigger and better things.

I’m often asked if this is strategic reboot is appropriate for all clients. I tend to say, no. Not all.

Only the ones who feel frustration when a campaign that looks impressive in theory disappears almost without trace.

Only the ones who know, deep down, however unfashionable this sometimes sounds, that their prime objective is to make brands famous.

They’re the one who’ll absolutely define what “opportunity” means as we reset the media industry.

And it will hardly surprise you to hear me saying this – but we’re committed to giving them all the help we can.