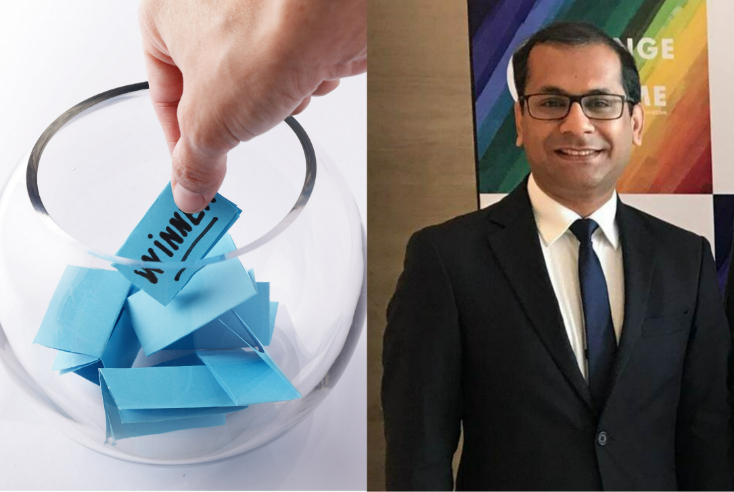 This week is Parul Goel, territory head of UK and Europe for Zee Entertainment.

Parul Goel has been at Zee Entertainment, the specialist platform for the south Asian diaspora, since 2007.

Prior to this he was a member of the Bank of England’s Decision Maker panel and was a director of special projects at Zee Network Europe.

He is passionate about making the case for advertisers to do more to cater to Asian audiences wherever they are.

I would be a film producer and running a production house.

What are clients talking about this year that they weren’t last year?

Three words — positivity, innovation and growth. Zee has been instrumental in acting on the philosophy of thinking local while acting global which has resulted in being a home grown brand from past 27 years, which each Asian Household in the UK is familiar with and consumes in one way or another through Sky or Virgin or BT or Zee5.

What are three words that people often use to describe you?

**Peer question** Where or what do you get your best creative inspiration from?

It’s sometimes easy and sometimes difficult to get creatively inspired from one or two sources because I think of the end user and resources availability. Doing the same thing in a different way which someone has not seen before and it brings freshness. Even doing the same things in a different way, is creativity which if liked by the people becomes a contemporary style.

Question from Katie Bowden, director of commercial audio at Global.

Which deal in your career are you proudest of?

I would not single out a particular deal, because personally I would not get biased based on the amount of the deal money but by the satisfaction and compliments by the customer and end user. All deals involve a lot of thinking, hard work and effort before they materialise.

What is part of your daily routine that you look forward to every day?

Looking at the daily sales numbers and potential for growth of business, meeting new people, and trying to learn at least one new thing a day.

What’s your favourite ad of all time?

Outside your own company, which sales team is doing really well?

I think everyone is doing well in these challenging times. I often meet other competitors and discuss the current market and potential for growth, to which the future looks positive and these sort of challenges such as inflation, high interest rates, comes and goes as a circle of life, but it does not deter any ambition of being successful and carrying on and serve.

Name all the streaming platforms you subscribe (pay money) to.

Zee5, Netflix, Amazon Prime, Disney Plus, Starz Play, MX player, but Apple TV and few other OTTs on and off as and when some interesting content is released.

**Peer question** If you could change one thing about the industry right now, what would it be?

By collaborating as an industry and creating solutions which should be beneficial to all. And if required, approach the regulatory bodies, to allow or relax certain regulations which would help the media industry navigate the inflation crisis effectively.

Also the current contribution of Asian media businesses to the UK media industry in terms of money is approximately £50m-£55m annually which is very minuscule compared to the population and consumption of the services.

The Asian population represents around 5% of the total population of the UK, but £50m against £20bn+ media industry is like a drop in the ocean. By the time, the shared deals come to Asian broadcasters, a lot is lost in between, and a meagre amount is allocated.

My message to advertisers and agencies who want to target Asian diaspora is that the deals should be done directly and for a better impact as we know how and where to target the specific brand rather than blanket placements.

Even if 1% of the monies will come to Asian media of the total UK media market, which will be approximately £200m, that will be huge boost and support to the industry and much more will be spent locally in terms of talent, productions and content, eventually growing the industry and actually contributing more positively.