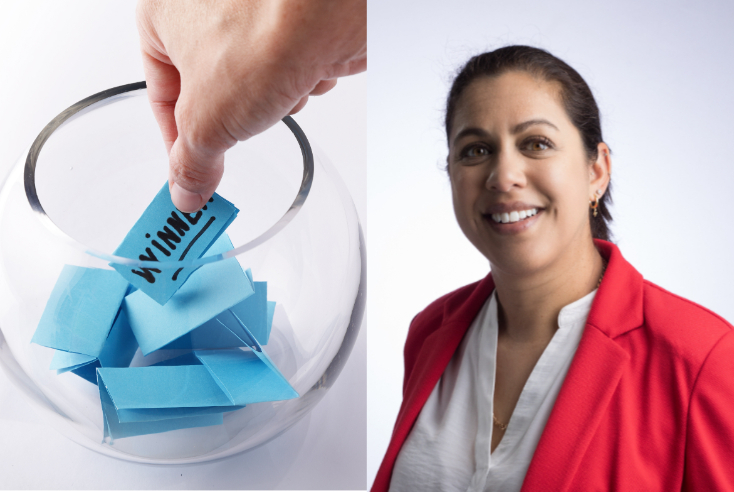 Davina Barker has been at DCM for more than 11 years and, as sales director, oversees the DCM’s agency sales team to generate new and incremental revenues, and develop relationships with media agencies across the UK.

She says her mission is to drive sustainable long-term growth and prove cinema’s unique value as part of an advertiser’s multimedia schedule and deliver DCM’s plans to align cinema with other AV media channels.

Prior to DCM, Davina held senior roles at ids, Virgin Media and ITV and, if she were not in sales, she says she would have followed her dream of becoming a restaurant critic.

What is one non-work related goal that you would like to achieve in the next five years?

Landing a 360 halfpipe in snowboarding!

Completely by chance. It’s not an industry I was told about in school — the focus there was more on traditional career paths. Luckily, when I was starting out, a family friend worked at ITV and suggested I do two weeks work experience for some different insights into a new industry. I loved it so much, I stayed for eight years and have never looked back!

When you were a child, what did you want to be when you grew up?

Growing up I wanted to be a doctor (hello, traditional career paths!) and started to pursue a career in medicine. I tailored my A-Level choices accordingly and did some work experience in a hospital. There I fainted every day — I think it was the sight of blood — so I quickly realised this wasn’t the path for me.

**Peer question** Would you recommend your son, daughter, or another young person in your life to get a job in media and why?

Absolutely. My career in media has allowed me to meet some of the best people and make incredible, lifelong friends. Every day is different, which can be challenging, but also brings a lot of fun. We have flexibility in how we run our businesses. The main focus is always great work and delivering for clients, but the ability to build people-focused cultures is most rewarding. There aren’t many commercial roles that can say that. (And there is a lot less blood than medicine).

What was the last movie you saw at the cinema?

Carey Mulligan and Zoe Kazan play reporters Megan Twohey and Jodi Kantor who investigated Harvey Weinstein for the New York Times, unravelling a story that helped launch the #MeToo movement. It is a powerful film for many reasons. It is about getting survivors on the record and restoring the importance of women’s testimony. It allows its heroes to emerge as normal people who make everyday mistakes. And it is a timely reminder ahead of the festive period of the importance of keeping the conversation open and calling out unacceptable behaviour to make workplaces safer, something our industry’s own TimeTo initiative prioritises, which NABS, the Advertising Association and WACL do a great job of promoting.

It’s in cinemas now and, while you’d expect me to say this, it’s captivating on the big screen and I’d highly recommend watching it.

The challenges of TV inflation. At DCM we are big fans of TV and think that cinema is the best complement to an AV schedule and an attractive option for brands looking to mitigate some of that inflation, particularly for young audiences.

Who’s the best media salesperson you know (other than yourself)?

The industry is filled with amazing salespeople doing impressive work. One of the best and most inspiring is Dara Nasr (former UK MD at Twitter). Dara has all the skills — he is smart, personable, respected in the industry and has a track record of delivering brilliant work, growing successful teams and trailblazing diversity and inclusion. It’s been a challenging time with everything happening at Twitter, but whatever he does next, I know we’ll all be watching.

**Peer question** What has been your biggest, or most insightful mistake and what did you learn from it?

Not starting to see a coach sooner! Having someone to support you through what you’re trying to achieve, helping create an action plan and timeline around that and who also keeps you accountable has been game changing. This is now a perk we offer to all staff at DCM.

** Question from James Cornish, vp of international sales at Vevo.

** Peer question** If you could change one thing about the industry – what would it be?

While the industry is prioritising Diversity & Inclusion, there is not enough focus on the Inclusion.

We are doing a great job of getting more diverse people into our industry, but as MEFA’s latest research shows, we haven’t created an environment for people to thrive. We are at risk of becoming a leaky bucket, with Black and Asian women being the most likely to want to leave the industry. I would shift the focus into changing all behaviours to be more inclusive, rather than just trying to keep filling the bucket.

What is the best piece of advice you have been given?

There is nothing that can’t be fixed. Always be honest, ask for help and between us all we will figure it out. Failure is a necessary part of growth.

The Fishbowl is a weekly Q&A with the UK’s top commercial media salespeople. Check out recent interviews with Meta, Zee Entertainment, Snap and Ocean Outdoor.