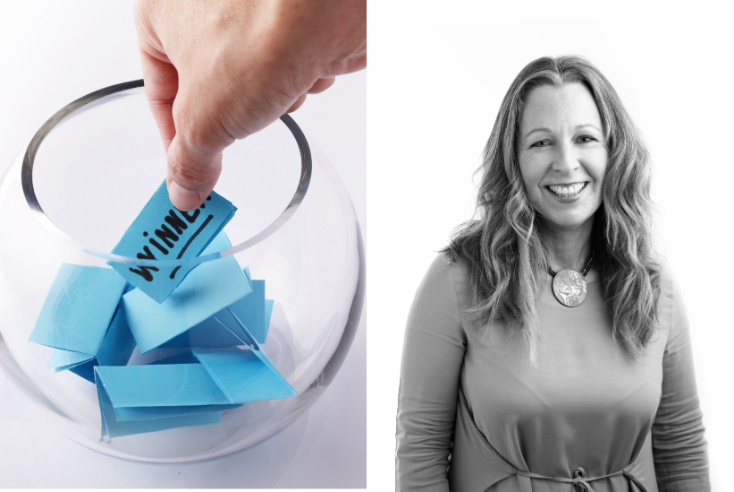 This week is Cath Waller, MD of advertising at Immediate Media.

Cath Waller started off in media in the dotcom boom at tech start-up silicon.com.

She co-founded Immediate Media in 2011, initially working as ad director, and since then she has held several sales and leadership roles and built out Immediate’s content studio, Imagine, in 2016.

My journey into media was a bit different to others, but like many, I didn’t really have a plan. I started out in media recruitment, then after a stint in IT contract recruitment, I joined the dotcom boom at media start-up silicon.com in 2000, working on our IT jobs board.

Working in a digital start-up environment at that time was truly amazing — a crazy, entrepreneurial experience where we learnt so many invaluable skills and lessons before being bought by CNET Networks (now CBSi).

I loved the start up to big publisher experience and completed a similar journey when I joined digital publisher Magicalia and we went on to form Immediate in 2011.

What is the best piece of advice you have been given?

Passion, belief and energy are more important than gravitas. When I was younger, I was told I needed to work on developing gravitas — I was always so enthusiastic and passionate, sometimes this overtook everything else.

But then I worked with an amazing coach who encouraged me just to be myself, to embrace my energy and passion rather than trying to supress it. I learnt that when you are truly yourself and believe it, you can be far more inspirational and a better leader.

One of the biggest is brand safety. Brands are looking to strike a balance in delivering optimism in a world where there has been so much negativity.

They are concerned about ensuring their messages are delivered in safe, positive environments. This is one of the reasons why clients come to Immediate.

Our content engages passionate audiences who come to us first for the things they love to do, and our clients really value the positive and trusted environments we deliver across all our touchpoints.

I always wanted to be on stage. That was my first passion, and I was a very serious (if not very talented) drama student. In a dream world, I would be in the West End, but definitely not singing… I am completely tone deaf and banned from singing at both home and work.

**Peer question** Who was your first media industry idol and what influence have they had on you?

When I was in media recruitment, I met a woman called Mel Agostini, who was one of my clients, and she was running a sales team in IT contract recruitment. It was the late 1990s and it was a very male-dominated field but, amazingly, she had a team of only women and persuaded me to join them.

She was a force of nature, hugely energetic and a big inspiration to me, she was constantly breaking boundaries and doing things differently. She’s still in the recruitment industry and runs her own firm called BigFish3.

If you could take a year off from work, what would you do?

If I’m being honest, there isn’t a lot I could do as I still have to get my son up for school everyday, and he’s in his year of GCSEs. But I would make the most of it — I would do hot yoga and go wild swimming every day. I’ve started outdoor swimming in a heated pool, but I want to be able to go the distance in proper cold lakes and lochs, all around the country. I grew up in the countryside, so I’ve definitely got a connection with nature.

**Peer question** Who was your first media lunch with and where did you go?

If anyone my age remembers their first media lunch… they must have been doing it wrong. It was a big blur in my early days. I know it would have probably been somewhere like The Atlantic Bar — we thought it was really cool and trendy at the time and spent far too long hanging around places like that. We also spent far too much money and the days turned into late nights far too many times to mention.

**Question from Emma Callaghan, sales and invention director at Reach.

**Peer question** You’re in charge of the lineup for Glastonbury in 2023. Choosing any artist dead or alive, who are your headlines for Friday, Saturday and Sunday night?

Where do we even start?! I’m going for different eras to replicate parts of my life.

The Streets for Friday night. They were one of my favourites when they started out and I’ve seen them live multiple times, they are incredible for setting the mood and getting the party started.

Saturday would be Bastille. I know they’re not cool, but they are my guilty pleasure in modern music and are amazing live.

I can’t think of anyone better for Sunday night than George Michael. He would be everything a Sunday night needs to be, with his upbeat songs and energy plus some anthems. He is really missed, and I’m sad I never got to see him live.

**Question from James Cornish, VP of international sales at Vevo.

What’s the bravest thing you have ever done?

I don’t think I’m very brave but there is one crazy thing that sticks in my mind. I went shark diving in South Africa about 20 years ago, which was completely terrifying when I think back on it.

I was on an old, rickety boat (like the one in Jaws), in very rough sea, with an open topped, battered cage which the crew threw us into when it was our turn. As they were holding me above the cage, a great white shark came up out of the water, inches from me. I can’t believe how much danger I put myself in and hope that there’s no way this would be allowed today.

What one bit of advice would you give someone starting their career in sales?

Put your all into it and work super hard but have fun. Try to really understand your clients and what they need as much as possible, sit in their shoes, and come up with creative ideas that will solve their challenges. If you build on this and get it right most of the time, the rest will come.

The Fishbowl is a weekly Q&A with the UK’s top commercial media salespeople. Check out recent interviews with Pubmatic, DCM, Meta, and Zee Entertainment.