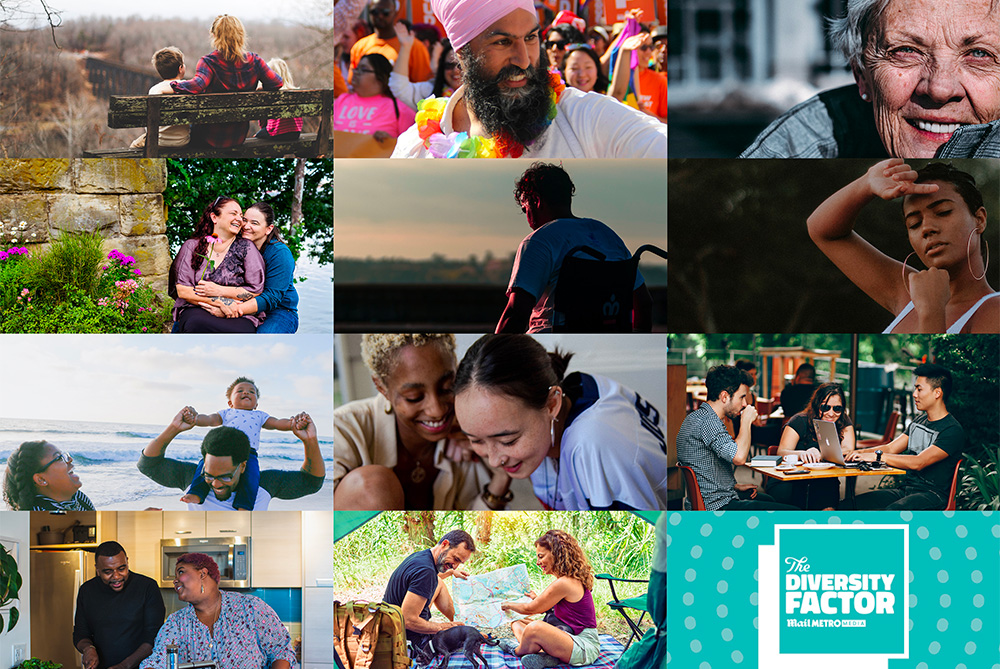 That’s just one of the many interesting perspectives from a new piece of community focused research by Mail Metro Media, The Diversity Factor.

Launched at the end of last month, it is aimed at helping advertising engage more effectively with Ethnic Minority (broken into Black, South Asian and East Asian), LGBTQIA+ and Disabled (broken into physically disabled and neurodiverse) communities across Britain.

Working in partnership with The Diversity Standards Collective, Mail Metro Media ran six community councils, specifically with six communities, made up from a mix of professionals and consumers. They then spoke in depth to more than 2,400 people across England, Scotland and Wales with robust diversity quotas to ensure the numbers backed up the qualitative findings.

And the results make fascinating reading, offering invaluable real world insights. Overall, while there are many differences between the groups, there was also much that unites in how people feel about themselves, the world, and brands.

Personal Identity looked at what is important to them, their connections, and their world concerns. Most of those questioned, regardless of age, gender, ethnicity or sexuality, described themselves using the same words, such as ‘Happy’, ‘Kind’, and ‘Caring’. The majority said they were largely influenced by family and friends, and the cost of living was cited as their top concern, followed by the NHS and the UK economy.

However, what was seen is that for almost all underrepresented communities, equality and their ethnicity, religion, and sexual orientation are much more important to those respective audiences than for the general population.

For the first time, the research also looked at how people in each community were exposed and connected to others. Diverse audiences are more than just the single individual; they are also the extended network of close friends, carers, spouses and family members. The majority of people know someone from another community across many different circumstances.

Simply put, those less exposed to other communities have less knowledge and allyship. For example The Diversity Factor found that Gen Z have more diverse networks than Baby Boomers across all communities identified.

Equally interesting is looking at the types of relationships people have. The research showed that the workplace is an important link for Ethnic Minority connections, but conversely for Neurodiversity, the most claimed connection was a close family member, suggesting this is still a hidden identity in many circumstances.

Brand Purpose and taking up causes was a tale of two halves and not always understood by consumers. For instance, in one community council, one respondent asked directly: “What is brand purpose?” In the main, communities say they are open to companies taking up causes, with those focused on food banks, environment and disability favoured by the majority. But just as many people felt it could be box ticking as generally well meaning.

So, does brand purpose need to be serious? Not according to the research, where most people ranked humour way above serious content whichever community they belonged to. However, all communities agreed that they only seemed to be cared about at certain times of the year. This was especially true of those in the LGBTQIA+ community, who said they felt brands were only interested in their community in Pride month.

Representation was also something almost everyone can agree on. Almost all communities said they felt that advertising often feels tokenistic. But interestingly, visibility of diversity is not equal; Asian communities are far less likely to see themselves in ads, particularly East Asians, and the Disabled and Neurodiverse groups said the same.

Even when groups were represented, many felt advertising didn’t accurately reflect a wide range of people within their community or could highlight stereotypes. For example, the Black community were shown as ‘victims or villains’ or from specific regions. One respondent said: “All Black people tend to be grouped as one, but in fact there are many subcultures. When talking about the Caribbean, it’s always about Jamaica, while Africa is always Ghana and Nigeria.”

Those questioned in the Neurodiverse community said they felt they weren’t ever shown as ‘regular people’ living regular lives. One said: ‘I’ve seen so little representation of us. They do not portray us as normal people whatsoever, and always make us seem really weird.’

All of this research helps advertisers to simply make better ads, and it has helped Mail Metro Media feel more confident to Ask real people what they think, and what makes for more authentic representation. And the research’s respondents want this: 43% of those from minority ethnic backgrounds said they felt advertisers didn’t want to talk to people like them.

To find out more about The Diversity Factor and read the full research, go to mailmetromedia.co.uk/thediversityfactor