Telcos could be ‘overshadowed’ due to minimal digital audio spend 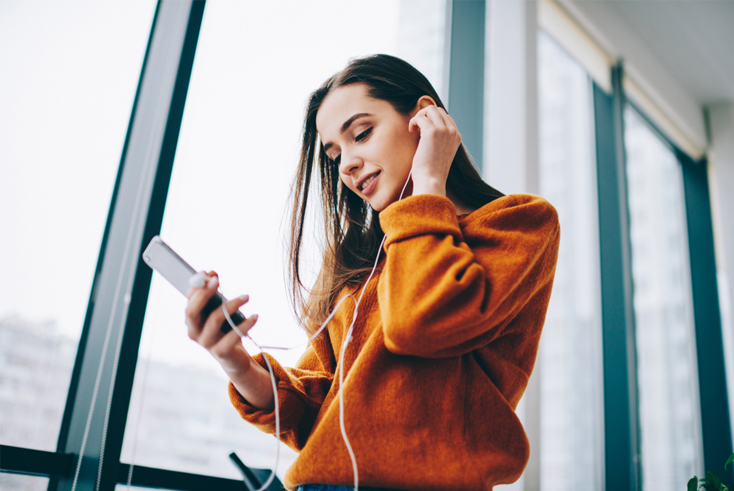 Telco brands risk being “overshadowed” by slicker tech rivals, researchers have warned after discovering they are spending less than 1% of their media budgets on digital audio in Europe.

A study from WARC and Spotify Advertising revealed that, while music streaming and podcasts take upwards of 17% share of people’s total media consumption across the UK, Germany, Italy, Spain and France, just 0.75% of these brands’ media budgets are invested in those channels.

Aditya Kishore, insight director, WARC, said: “Telcos are in danger of being overshadowed by faster, more agile, slicker digital media and consumer tech brands. Increasingly, it is these digital brands that are being seen as leaders and innovators by businesses and consumers alike.”

He added that “savvy” telco marketers were responding by improving customer experience, investing more in digital channels and opportunities to learn about their customers’ habits.

The Getting your brand heard: Are European telcos harnessing digital audio’s full potential?, study surveyed more than 360 telco marketers in these countries on their objectives, media spend, performance and perceptions of audio channels. This was combined with in-depth interviews with European telco marketers and industry experts and WARC’s global media data and case studies.

It found that while telcos were looking to “reposition” as “techcos” to reverse the trend in value shifting to device manufacturers and content platforms, telcos’ share of voice across Europe has fallen “significantly” since 2013 unlike the technology and electronics sector.

The study also revealed European telco spend has skewed towards shorter-term performance channels like social as performance marketing seemed to be prioritised over brand-building. 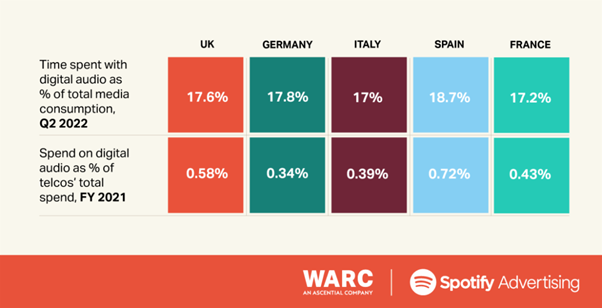 Telcos generally were described as “strongly” focussed on new channels, first-party data, and more personalised experiences, although it noted these companies were still experiencing targeting and impact challenges.