TalkTV and GB News: this town ain’t big enough for the both of us 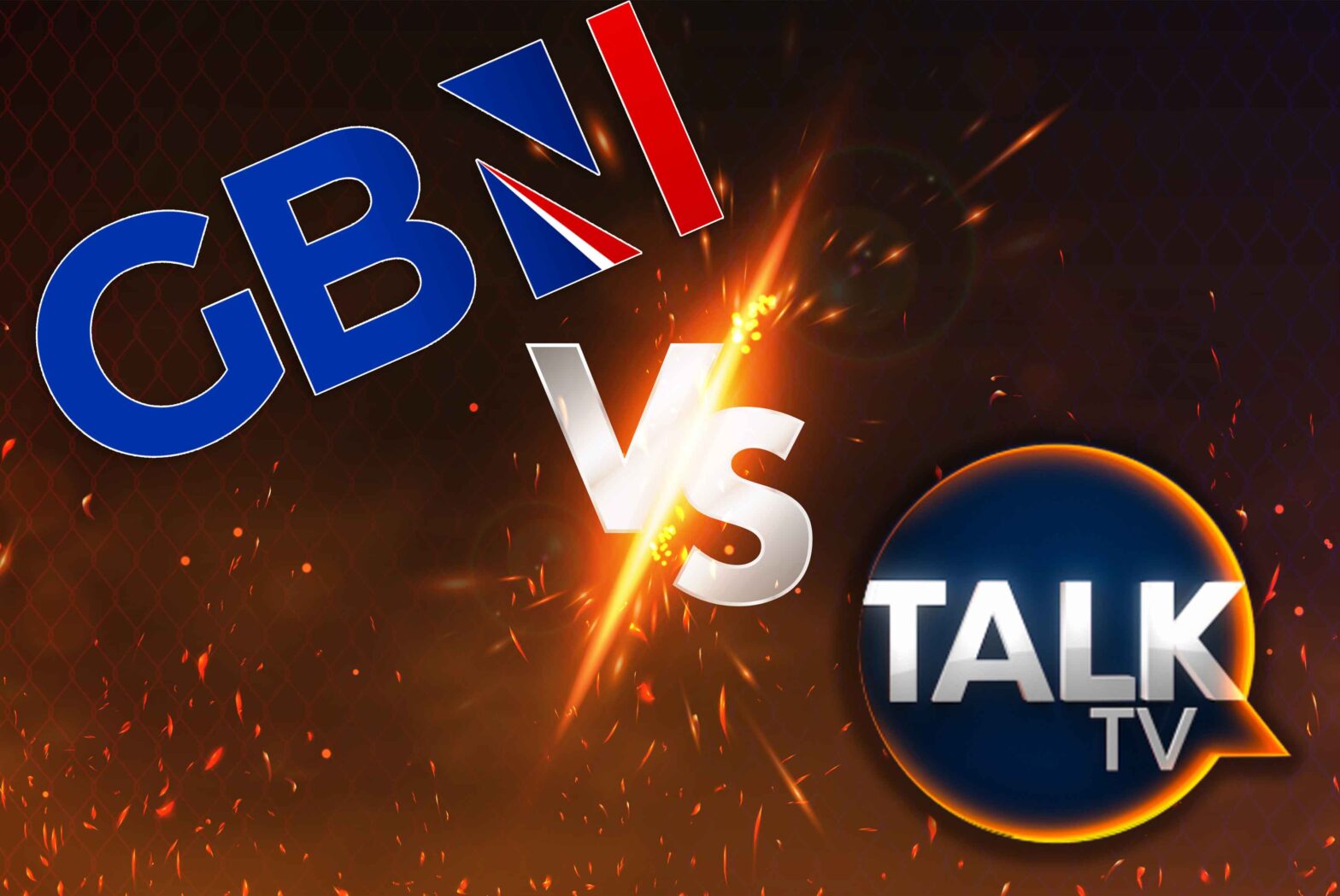 As TalkTV prepares to launch on Monday and GB News nears its first anniversary, is there room in the market for two ‘anti-woke’ news channels?

It’s no understatement to say that right-of-centre, opinion-led GB News has had a troubled time since the channel launched last June.

The outbreak of war in Ukraine resulted in an increase in viewing to both the BBC News Channel and Sky News; but GB News declined, a worrying sign for the broadcaster in a time when more people are tuning in for news.

Monthly reach to the channel was 2.65 million viewers in March 2022, compared to 16.6 million for BBC News and 11.9 million for Sky News, according to BARB.

GB News’ comparatively small budget means that the channel simply cannot compete in terms of live coverage from the conflict zone, which probably prompted the editorial decision to concentrate on domestic issues that trigger the intended target audience, such as Brexit, asylum seekers, “cancel culture” and “Woke-ism”.

Erstwhile GB News chairman and face of the channel Andrew Neil made for the exit just weeks after launch.

In November 2021, Neil was blunt about the reason for his abrupt departure, saying that joining GB News was the “single biggest mistake” of his career, adding that “the mistake was that I put my face on the tin and yet I quickly discovered that I really had no say over what was going into that tin”.

‘I say bring back wolf whistles.’

Alex Philips tells Simon McCoy she thinks men should be allowed to complement women on their appearance, after Boris Becker was criticised for calling the girlfriend of a player at Wimbledon ‘pretty’ live on commentary. pic.twitter.com/mtQFPbptHX

GB News has evolved into a far more right-leaning entity than Neil’s original concept of a corrective to the ‘woke’ BBC, although the decision to schedule politically neutral hourly bulletins (a must for a news channel, one would think) in October was a sensible move.

The competence of these bulletins (presented by experienced professionals Polly Middlehurst and Rosie Wright) has improved the image of GB News as a more polished broadcaster than that of the rocky opening months.

Ditto Canadian Mark Steyn who, decades ago, was an engaging occasional arts presenter for The Channel 4 Daily (1989-1992) but has since morphed into a better-educated version of the deceased Rush Limbaugh.

For those who miss the dulcet tones of the late Ian Paisley MP, viewers can enjoy (if that’s the right word) First Minister of Northern Ireland Arlene Foster’s show, one of the more baffling hires by GB News.

At least addled actor Laurence Fox hasn’t been given a gig. Yet.

An interesting aspect of GB News has been the display of reactionary views from news veterans such as Alistair Stewart and Colin Brazier, who specialise in overt pantomime on-screen eye-rolling/grimacing when any guest of a liberal/left persuasion dares to venture their opinions.

Stewart’s blustering defence of Chancellor Rishi Sunak’s gift of £100,000 to his old school Winchester College, was particularly hard to watch on a full stomach.

Speaking of upchuck, there is also politically unbalanced husband-and-wife team, backbench Tory MPs Lorraine favourite Esther McVey and husband Philip Davies. A throwback to the days of Fanny Cradock and hen-pecked spouse Johnnie, who like Phil, found it difficult to get a word in edgeways.

Which must be especially galling for Davies, since he is a prominent advocate for the so-called ‘men’s rights movement’ (MRM).

Sadder is the plight of Isabel Webster and Stephen Dixon, perfectly good Sky presenters now indentured as sidekicks to old stagers Eamonn Holmes and Anne Diamond, presumably due to budget cuts at their former place of employment.

A possible upside (if inclined) for the increasingly grouchy Holmes’ wife Ruth Langsford, as his lengthy weekday morning absences give her the opportunity to strategically place a handy packet of OMO in the kitchen window.

Dan Wootton and extravagantly tressed TV historian Neil Oliver are however in a wholly different class when compared to their colleagues.

Witness his bizarre Lear-like jeremiad against the disruption and damage caused by Storm Eunice in February this year, declaring in a tweet: “I see the weather is the latest thing we’re being advised to give in to without so much as a sigh.”

GB News’s modest ratings look to be further eroded with the debut of Rupert Murdoch’s talkTV on 25 April.

The channel will benefit from the established popularity of radio counterpart talkRADIO, which will be simulcast during daytime hours on talkTV.

This has freed up cash for big money signings Piers Morgan and Sharon Osbourne, who could be in for hefty refunds if they decided to sue their respective charm schools.

Morgan’s show will no doubt continue his tiresome fixation with The Sussexes, ‘Wokeness,’ Cancel Culture and other boorish hobby horses.

Although Morgan’s’ programme is called Uncensored it will of course have to conform to Ofcom guidelines. Not really uncensored then.

But, as Morgan has recently compared himself to Nelson Mandela, accurate descriptions don’t appear to be a priority.

Sharon Osbourne’s evening chat/’current affairs’ show The Talk should at least be able to attract guests most viewers will have heard of.

Unlike GB News’ Dan Wootton Tonight, whose ‘all-star’ companions are usually other GB News presenters, tabloid hacks, Brexit Party stooges and ‘I thought they were dead’ pols turning up for the fee and a free bowl of soup, such as Lembit Opik and ‘Jerry’ Hayes.

More concerning is the presence of disgraced ITV presenter Jeremy Kyle on the channel.

To many, the recent allegations detailed in Channel 4’s documentary Jeremy Kyle Show: Death on Daytime make him an unwelcome presence on the nation’s TV screens, although it may (bizarrely) be a fit with talkTV’s anti-cancel culture agenda.

Daytime streaming of talkRADIO may come as an unpleasant surprise to viewers, as they will be treated to the sight of boorish bloviators Mike Graham and Kevin O’Sullivan.

Never was the phrase ‘faces made for radio’ more apt than for these couple of cut-ups. According to unkind critics, that is.