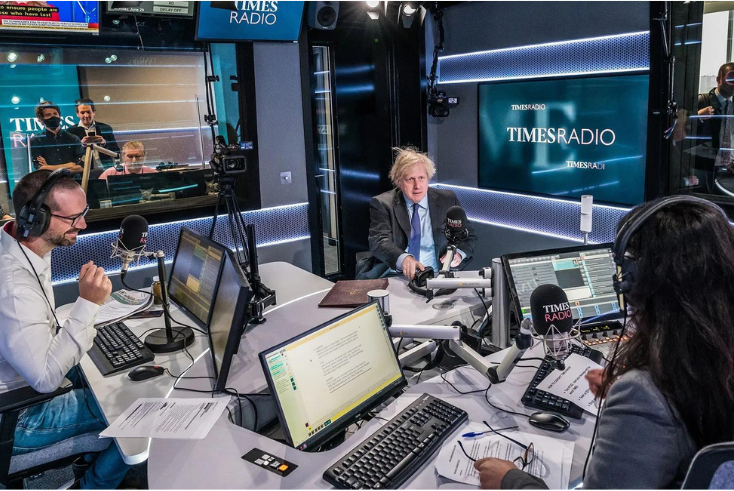 Dominic Mills applauds widening the geographical search for advertising talent, admits to being one of Times Radio’s 637,000 listeners and has his say on Meta.

Of all the places to initiate a search for the next generation of advertising talent, I wouldn’t put Stoke in the top 20 or even 30.

Bristol, Southampton, Leeds, Belfast, Manchester, Edinburgh…sure. But Stoke? Stuck somewhere in the hinterland between Birmingham and Manchester, best known for Bet 365 and the scattered remnants of a once-thriving ceramics industry…surely not.

Yet, that is exactly what VCCP has chosen to do, last week announcing that it was opening an academy there.

I think it’s fantastic, exactly the kind of kick-up the backside the rest of the industry needs to expand its recruitment horizons. Which it must.

One of the industry’s biggest failings has been its inability to keep pace with the rate of change in the UK today, not just ethnic diversity but socio-economic too.

I know the industry has a whole has made decent efforts over the past few years to widen the pools from which it recruits beyond educated middle-class graduates — a “monoculture”, as VCCP’s Michael Lee puts it —  but it seems to me that there have always been steep hurdles to overcome.

One is simple lack of awareness, not specifically of advertising itself, but what sort of careers are available and skills necessary. And by that I mean, awareness not just among potential recruits themselves, but also parents, teachers, career advisors and so on, the people who have a key influence on young minds.

You just need to watch one episode of Channel 4’s Sixteen: Class of 2021, set in the Link Academy in Dudley, to see what I mean.

The second is what you might call the confidence factor. If you come from Stoke, and you don’t know anyone from the advertising business (highly likely), chances are you will lack the confidence to believe it is a career for you.

But by exposing youngsters in Stoke to creatives, planners, media buyers and so on, you can start to make them believe. “Hey,” they might go, “I’m just like those people from VCCP. If they can do it, so can I.”

The third is London. For anyone aged 18-25, moving to London is a big deal.

It’s eye-wateringly expensive, navigating flat rentals is a nightmare, quality of life can be low, and potentially isolating. Plus, for those not raised in London — and I remember this myself as someone whose teenage years were spent in a rural environment 100 miles west — it’s intimidating.

I remember being deeply envious of my peers who came from there: they had a sophistication and savviness I yearned for.

The UK capital was, until recently anyway, where the vast bulk of the advertising jobs were, and if you wanted to get ahead then London it had to be.

[advert position=”left”]
Fortunately — partly pandemic-related, partly digitisation of the economy — the pull of London is not what was. And if it is possible to start your career in Stoke, then it is no longer axiomatic that progress can only be made in London: Birmingham, Manchester, Leeds, Glasgow (as New Commercial Arts has done) … they’re all clusters of ad-linked creativity and are closer to Stoke in spirit and geography than London.

So let’s give VCCP the plaudits it deserves, and for underlining a new truth: that it’s both possible and better to take the business to where the talent is rather than make the talent come to London.

Er, this might sound strange, but how many of us can recall the brand names of any ladders, let alone the tagline?

Speaking, no doubt as a minority of one, I can. Henchman Ladders, “safe ladders for uneven terrain”. It is an absolutely useless piece of knowledge for me but, thanks to Times Radio and its new-style commercial model, I can’t shake it. Seriously irritating.

When Times Radio launched in mid 2020 I was interested, a bit apprehensive, and puzzled.

Interested…because, at last, here was an alternative to Radio 4 which, I thought, was increasingly turning in on itself, almost a parody of a Britain that existed only in the imagination of a North London intelligentsia.

Apprehensive…because, well, how could they make quality speech radio without discordant commercial interruptions. After all, the last thing you need during a discussion about Brexit or climate change was a cheap-and-cheerful shouty 30 seconds of audio made by a junior creative team.

And puzzled…because, what exactly was the point of it? Was it a proper radio station in its own right, or was it just a thinly-disguised promo or subs driver for the daily and Sunday editions? If so, how committed would it be and how much would it be tempted to cut corners if the going got rough?

Let’s deal with these: Last week’s RAJAR release — which, after the pandemic-induced audience measurement black hole of the past 18 months must have come as a relief to News UK management — showed reach of 637,000 and listening hours of 3.5 million.

Clearly, it has found an audience, although I can’t really tell how many are new and how many are refugees from the BBC: a bit of both possibly.

From my own experience, I can say my Radio 4 hours have dropped by about 80% as my Times habit has taken hold.

But is it converting them? We don’t know, but it’s certainly trying  — too bloody hard, I sometimes feel, given the number of presenter plugs or self-referential mentions of their own columns. .

As for the commercial side, the so-called sponsorship model — in which there are no actual ads, merely presenter mentions — certainly makes for a better listening experience.

My high listening hours means I’m absolutely familiar with some of them: Nutmeg, Charlie Bigham, Ford Mustang Mach E,  Jaguar Land Rover, Santander, some whiskey brand I’ve forgotten (ok, not all of them stick in the memory), and of course a ladder I don’t need.

So, to my ears, Times Radio has certainly demonstrated the possibilities of a different commercial model, one based on sponsorship but also where news brand and audio brand are treated as one.

Could others try it? Well, even if the Guardian, Telegraph or Evening Standard — oh, yeah I almost forgot about London Live — had the get-up-and-go, I fear it’s too late. But maybe other radio broadcasters might follow suit.

I’ve tried to find anyone who has a positive word to say about Facebook’s new Meta brand name. I’m disappointed that it didn’t copy investment manager Aberdeen which dropped its vowels to become Abrdn. Fck would have been fun, and somewhat appropriate too.

But that’s the thing about rebrands. No matter what the rationale is — and I certainly understand Facebook’s desire both to shed the toxicity of its old name and point to what it sees as its new future in the metaverse, whatever that is — everybody hates them.

Anyway, Meta reminds me of nothing more than Royal Mail’s decision to rebrand itself as Consignia. That too had a certain logic — well, an internal one — insofar as it was an attempt to convey a broader sense of its activities and also sexify a dull business, described at the time as an attempt to create a “single and seamless banner under which the holy trinity of its activities could be grouped”. Total tosh.

Sound familiar? Needless to say, Consignia lasted just over a year before it was, er, consignia’d, to history.

As they say about history, it repeats itself the first time as tragedy and the second as farce.

JohnBillett, CEO, JBGB Events, on 01 Nov 2021
“Like Dominic I too have caught the Times Radio bug. Far more involving than Radio 4 and easier listening than LBC with their opinionated and sometimes uninformed LBC presenters. With far fewer boring random listener phone ins too Times Radio ticks my box with grateful thanks”