State-controlled media can take many forms 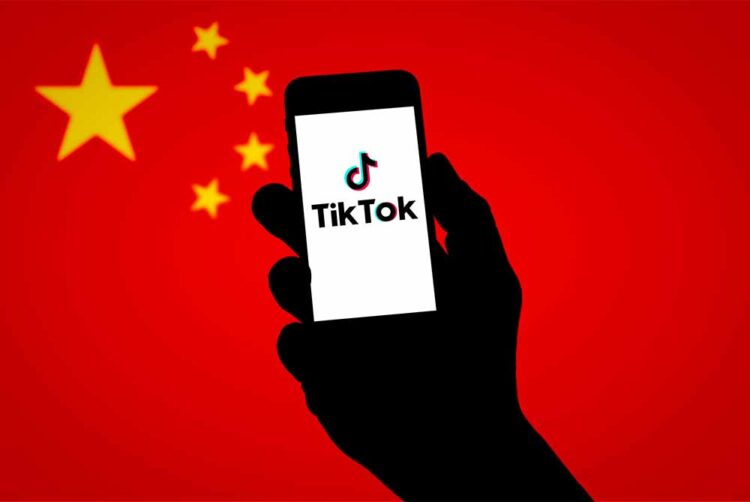 It matters who owns TikTok, especially as more young people use it for news. But if we’re worried about governments’ influence on media owners, look no further than the state of several UK newsbrands.

They know how to wield power in China with ruthless efficiency. Just as Xi Jinping won his third term as head of the Chinese Communist Party, his predecessor Hu Jintao was removed from the Great Hall of People.

This was done gently, though it still amounted to a public humiliation. Hands were placed on the shoulders of Hu and he was guided from his seat beside Xi towards the exit. In olden times he probably would not have been allowed into the Hall in the first place, and instead dragged off to be shot.

It is difficult to know the precise symbolic meaning of the telling moment picked out by the Western media, but it might have been because Xi did not want a witness to his coronation from the days when Chinese leaders were allowed only two successive terms in office.

Xi is widely believed to be on a journey that will make him life-long dictator of China. The move towards greater authoritarianism in China was emphasised by the fact that two relatively moderate top politicians, Prime Minister Li Keqiang and Wang Yang, both lost their positions on the Politburo standing committee without explanation.

The removal moment was not just featured by Western media including YouTube, but also by TikTok, the fast-expanding social media organisation owned by Chinese company Bytedance. It is unlikely the Hu removal would have been emphasised by China’s state-controlled media. They might have covered the official line that Hu Jintao had been “unwell” although he looked more startled than unwell.

The plus point for TikTok is that it covered the incident. What happened next is slightly more problematic.

The rise of news on TikTok

There were endless comments and wild speculation about what the incident meant. Apart from pushing the illness theory they included suggestions that former President Hu was being prepared for a fatal car crash.

The role of TikTok as a news source is becoming more relevant as its reach and relevance increases, particularly with the young. Pew Research has just found that just over a quarter of US adults under 30 now regularly get their news from TikTok, and the total percentage of US adults who get their news from the online organisation has tripled since 2020 from 3% to 10%.

More than half US adults receive their news at least some of the time from the current array of social media platforms. A similar phenomenon is under way in the UK where, according to communications regulator Ofcom, TikTok is now the fastest growing news source, having gone from 1% of UK adults in 2020 to 7% today with a proportion of around half among 16- to 24-year-olds.

Significantly, and perhaps worryingly, about half the news involved comes from fellow TikTokers, and is therefore unlikely to be verified in any way. NewsGuard, the US company which surveys the output of news organisations for reliability, looked at TikTok’s news performance in September and found it seriously wanting. The fact-checking organisation looked at 540 TikTok news videos and found misinformation in almost 20% of them.

On topics such as the Russian invasion of Ukraine, school shootings and Covid vaccines, NewsGuard found TikTok users were “consistently fed false and misleading information.”

Advertisers who talk of the importance of trust while increasingly passing through the portals of TikTok might pause a moment for thought.

There is also the elephant in the room, which will always refuse to go away as long as TikTok is in Chinese ownership. Is it free from the increasingly powerful influence of Xi Jinping, and if it is free now, will it always be so as tensions between the West and expansionist China rise inexorably?

Here in the UK we have monarchs, rather than presidents for life, and we are far more ruthlessly efficient at getting rid of our Prime Ministers. China is just too slow moving to be able to have no less than three Prime Ministers in the space of seven weeks. It also only has the People’s Daily to reply on — a paper owned by the Central Committee of the Chinese Communist Party.

Meanwhile, the UK has no less than four national dailies every bit as loyal to the ruling Conservative Party as the People’s Daily is to its paymasters. Whoever the Conservative leader should be, they are universally embraced — one after the other — as saviours of the country.

The Daily Mail campaigned for Liz Truss, championed her leadership bid, and had the following to say on 3 August: “She has the boldness and strength of conviction to build on what Boris Johnson began. That’s why the Mail backs Liz Truss for leader.”

When she made it, thanks to Conservative Party members rather than Tory MPs, the Mail heralded her victory with the headline: “Cometh The Hour, Cometh The Woman.”

Now the paper is equally enthusiastic about Rishi Sunak, the man whose first words as PM yesterday were to acknowledge his task was to fix the mistakes made by Truss.

For the Mail, after all their other dawns this is: “A new dawn for Britain” as Sunak becomes the country’s youngest modern PM and the first with an Asian heritage.

Yet one aspect of the media coverage of the unprecedented political turmoil the UK has faced has a distinctly Chinese flavour to it. When you lose — you are a loser. And when you disappear — you disappear. The right-wing papers pined for weeks about Boris Johnson’s enforced resignation and only really perked up when the former PM got his economy flight home from yet another holiday to stand again.

Then Johnson did what he usually does and pulled the carpet out from all those who had publicly supported him in Parliament and in the media. Consistent to the last, Johnson then lied about the reason for pulling out: it wasn’t the right time, rather than the fact he could not meet the qualifying threshold of 100 MPs to support him.

Then it was almost as final as the tap on Hu Jintao shoulder. Johnson virtually departed from the pages of the newspapers which once slavishly supported him, all now drowning in adoring Sunak coverage.

There was a small piece on page 11 of the Mail saying that Johnson would hold Sunak’s “feet to the fire” over Ukraine and that was it. In The Sun, Johnson was just gone.

The next we will hear will be from the Parliamentary Privileges Committee to be followed by a by-election in Uxbridge when Johnson (assuming he stands there again) will lose by a landslide.

Then nothing of a political nature will stand in the way of Britain’s most disgraceful Prime Minister getting on with the job of making some serious money.