Starve the BBC of money and Flat Earthers at your peril 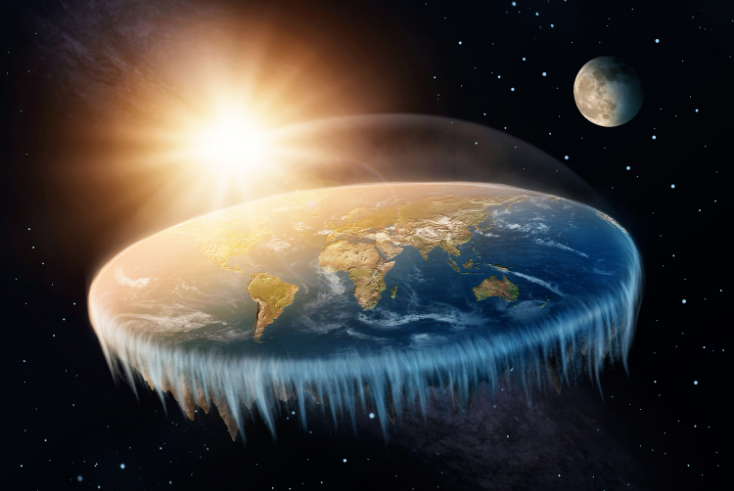 Politicians must not be allowed to starve the BBC of funding for short-term political gain. But dictating what the Corporation should and should not consider ‘news’ is another dangerous game, warns the editor.

What would you do if you met someone who truly believed the Earth is flat?

Would you get out your phone and show them satellite images of the planet? Would you calmly question them on why it is that boats don’t routinely disappear off the side of the Earth?

Or would you simply ignore them?

I suspect most of you would do the latter. They must be unhinged, you might conclude. Or they must be up to something; they’re some kind of charlatan or an attention-seeker, perhaps, because no one that is ‘on the level’ could have such an obviously bonkers view that is overwhelmingly refuted by science.

This appears to be the reaction of most people, given the near-universal condemnatory reaction to BBC executive David Jordan’s comments in Parliament last week that even Flat Earthers should be represented in the BBC’s news coverage.

Jordan, who is the BBC’s director of editorial policy, said: “We are very committed to ensuring that viewpoints are heard from all different sorts of perspectives and we don’t subscribe to the ‘cancel culture’ that some groups would put forward.”

He went on: “Flat-earthers are not going to get as much space as people who believe the Earth is round, but very occasionally it might be appropriate to interview a flat-earther. And if a lot of people believed in [a] flat Earth we’d need to address it more.”

Patrick Howse, a former BBC journalist, described this point of view as “worrying”, concluding that: “The BBC’s airtime is too precious to be squandered on liars and cranks – let’s have the truth instead.”

Ian Dunt, the i columnist (and one of my favourite political journalists), described it as “a catastrophic breakdown in basic editorial judgement [that is] grounded in a failure to recognise the notion of objective truth.”

This is the BBC’s director of editorial policy. It suggests a catastrophic breakdown in basic editorial judgement, grounded in a failure to recognise the notion of objective truth. https://t.co/6ZWQzcwDG4 pic.twitter.com/9BnbMcS4Y1

These are the hyperbolic and extreme attitudes that the BBC brings out in media commentary. Much like the National Health Service, the BBC is either a beatified and beautiful treasure that must be venerated and protected from free-market marauders at all costs, or is it a bloated and bureaucratic mess that must be pruned and neutered to save society from socialist indoctrination.

For a news executive to say its organisation is against ‘cancel culture’ and blanket bans for fringe views should be completely uncontroversial in a free society.

A person who really has something interesting or novel to say about the Earth being flat should be given a platform. In fact, this person should be given extra consideration.

For a start, this person must have a pretty strong reason for having come to this view and for wanting to express it publicly. There might also even be grain of truth somewhere in this person’s otherwise misguided viewpoint.

But most importantly, it’s always worth establishing first principles and challenging yourself to defend those views you hold to be self-evident. Science, like any institution, is strengthened by scrutiny and having to defend itself.

We should not demand our taxpayer-funded broadcaster to make ex-ante judgments which fringe views should be cancelled and which are deemed taboo.

Saving Boris by choking the Beeb

The culture war of Brexit has, unfortunately, made such questions even more political than they should be. Remainers were rightly dismayed by the BBC’s repeated failure to hold  Leave campaign’s ridiculous claims to account.

Some time over the last decade BBC leadership appears to have decided it must ‘go easy’ on the political Right for fear of being accused of leftie bias. I had to give up watching Question Time some years ago because that old bore Nigel Farage appeared to be on the show every week (the data bears this out – he has been on the show 35 times in 19 years, the show’s most frequent guest).

But let’s be clear. I don’t mind if the BBC wants to invite Nigel Farage, Donald Trump or Daniel Shelton (the president of the Flat Earth Society) on to its news shows.

The only thing I ask is that journalists do their research and hold these people to account for their misapprehensions, innuendos or lies. Platforming Flat Earthers isn’t the problem – but giving them an easy ride for the sake of ‘balance’ is damaging.

Having the BBC bend to popular pressure and the moral majority – as if it is a for-profit media company – is precisely what Culture Secretary Nadine Dorries, who has just announced via the Mail on Sunday that the government is going to starve the BBC of funds by freezing the licence fee for two years, should want.

Clearly Dorries, a staunch Boris Johnson supporter, is using the Licence Fee to save the beleaguered Prime Minister’s skin. After his abject humiliation in Parliament last week, in which Johnson confessed to partying at 10 Downing Street while the country was in Covid lockdown, Dorries and Co are rushing out announcements that might appeal to Tory voters and scare off leadership challengers.

Don’t relegate the BBC to ‘just another media company’

Calls to boycott Flat Earthers and threatening to cut the Licence Fee are two sides of the same coin: chipping away at the BBC’s independence with the dagger of politics.

If we relegate the BBC to just another broadcaster, obsessed with TV overnights figures and the social media game of hysteria and hyperbole, then we rob the Corporation of the very thing that makes it special, its editorial independence.

Not only that, but conspiracy theories thrive when elites seek to shut out dissenting voices.

As Lee McIntyre writes in How to Talk to a Science Denier, what we choose to believe is often a pure and powerful expression of who we are, who we want to be, and what communities we want to be part of.

The wider issue of science denialism, whether it manifests through anti-vaxxers or climate-change deniers, is a significant challenge we face in media. But it’s a challenge that won’t go away by demanding that our public-service broadcaster should simply ignore them.

If you only want to hear, see or read about what makes you comfortable as a consumer of news, there are plenty of newsbrands available in print and online today to patronise you all day and every day. Some of them might even quote you in a story if they like what you have to say in the reader comments!

BrianJacobs, Founder, BJ&A Ltd, on 17 Jan 2022
“Although I'll miss Dom this is a good start Omar and I'll look forward to reading you each Monday!
On the specific I feel the BBC (and let's be honest we really mean BBC News) has been cowed by the apparent need for 'balance'. See their crazed support of Nigel Lawson's climate change denier views.
They're also too concerned with not upsetting the Government. Why so little coverage of Brexit related issues? Why not criticise the PM if he deserves it? Why ignore the Peter Stevanovich videos?
If this fear comes from ongoing worries about the licence fee, will it survive, at what level, and if the Government of the day has the ability to hold a sword over them ('don't upset us or we'll defund you') then maybe it's time to look at alternatives.
Funding the BBC shouldn't be a party political matter.
What's needed is a cross-party group, independently chaired to take views from everywhere, to consider all options and then propose the best solution.
Threatening the BBC because you don't agree with their news reporting is all wrong.”