Keir Starmer might be gambling, but so is the Daily Mail 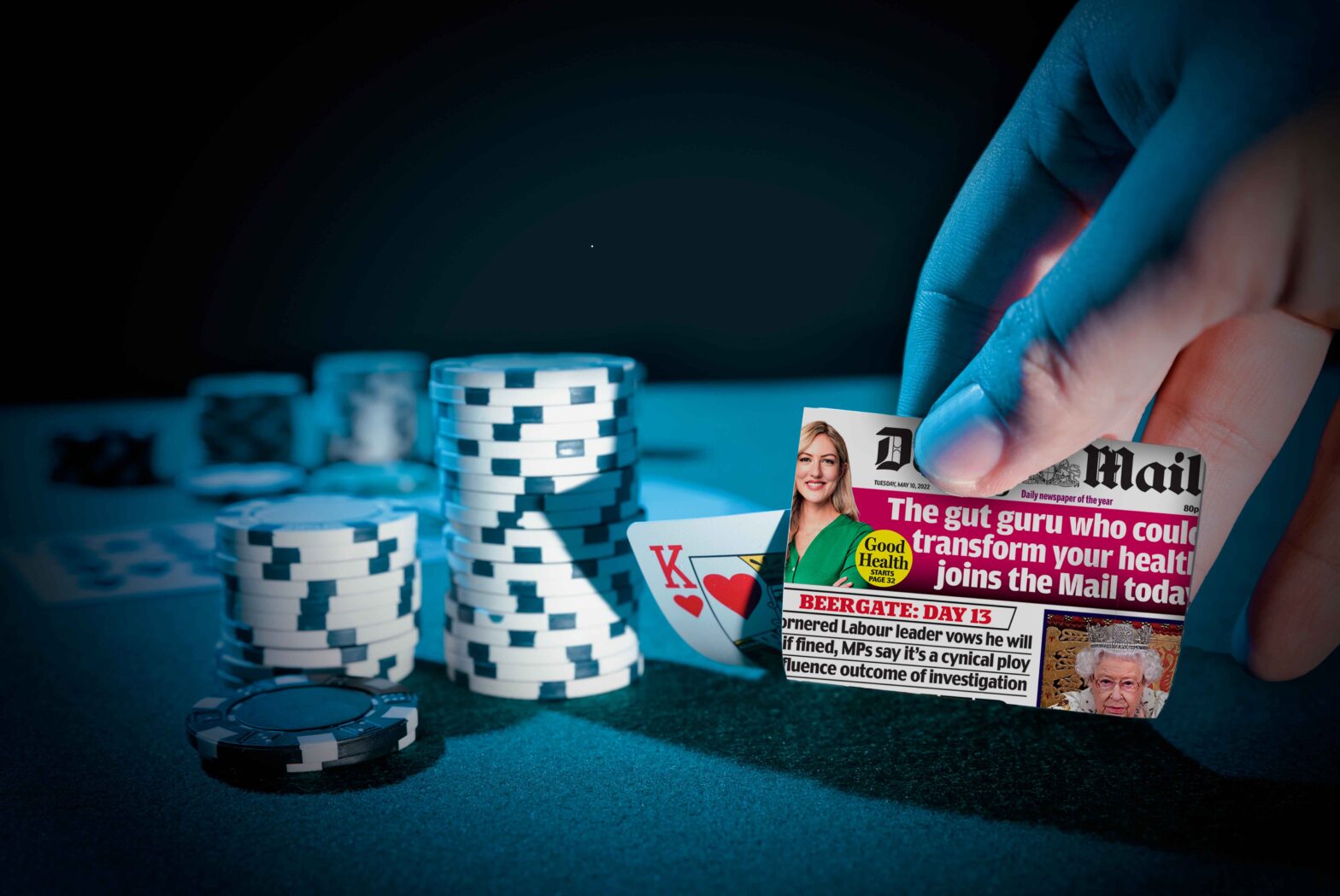 If the Daily Mail fails to bring down the house of Starmer, it will be both embarrassing and also counter-productive for the political leader it has supported through thick and thin.

The rational media, such as The Times and the BBC, saw Labour leader Sir Keir Starmer’s pledge to resign if he receives a fixed penalty notice because of beer and curry in Durham, as taking a major gamble with his political career.

The irrational press, led as always by the Daily Mail and The Sun, had their own unique take on the development.

Last Saturday, or as the Mail had it: Beergate: Day 10, “Slippery Starmer” was in crisis after failing to win back the Red Wall in the local elections and was now being investigated by the Durham police.

The Mail on Sunday didn’t go along with the Daily Mail’s Beergate chronology but still splashed on the Labour leader’s defence allegedly being blown apart by a leaked memo about the day’s timed agenda in Durham.

The relentless attack continued on Monday – Beergate: Day 12 with Starmer “running scared” as a major speech where he would have faced questions was abruptly cancelled without explanation.

The paper had of course campaigned for Durham police to re-open an investigation and created such a storm of controversy that it was successful, after other media organisations including the BBC were forced to follow on the story where once the Daily Mail had been a lonely outlier.

And then there was the surprise, modest press conference where Sir Keir declared himself a man of honour who would “do the right thing and step down” if he was found to have broken the lockdown rules in place at the time.

Alas he could have been that bit more honourable and answered questions openly on whether he had jumped the gun by calling for Prime Minister Boris Johnson’s resignation before he was found guilty by the Metropolitan Police.

What a victory for the tenacious campaigning of the Daily Mail. They had got their target in their sights and might even succeed in pulling down a Labour leader and possible future Prime Minister. What a result. Surely they must be happy now having forced Sir Keir to promise to do the honourable thing?

Beergate: Day 13 accused Starmer of placing “deeply inappropriate pressure” on Beergate police by promising to resign if found guilty of an offence.

Mail columnist Stephen Glover fulminated that if Sir Keir Starmer really was the man of honour and integrity he claimed to be “he would have kept quiet and not sought to influence Durham police,” while the paper commented that Sir Keir’s real crime was “screaming hypocrisy”.

The Sun raised the noise by a few more decibels by condemning Sir Keir’s “desperate and outrageous attempt to strongarm police into clearing him” and saying he had plumbed new depths of hypocrisy.

Over in a different parallel universe the Daily Mirror’s take on Starmer’s action read: “This Is What Honour Looks Like Mr Johnson.”

Beergate: Day 14 didn’t make it to the Mail‘s front page today, but there was still a spread inside mainly focussing on the news that Starmer’s lead over the Tories in the opinion polls had shrunk from six points to just one – apparently influenced by the Mail campaign.

Instead top billing went to another Mail obsession, the iniquities of working from home, particularly by civil servants, with the news that plans to give a “default” right to work from home had been axed.

Perhaps the rational media who see a major political gamble and the irrational, who will simply write anything to distract from the 50 Fixed Penalty Notices that have already been issued to members of the Downing Street staff, including Johnson, will both turn out to be wrong.

Maybe the political gamble will not be so great after all with interesting consequences for the Daily Mail, the Conservative Party and Johnson himself.

Sir Keir may have made a wise and politically-savvy decision, which will extricate him from the carefully constructed Daily Mail attack and help sink Johnson further in the mire.

As is well known, Starmer is a cautious, careful, low-charisma lawyer who has spent a lifetime paying attention to both the letter and spirit of rules.

He knows there is a ferocious right-wing press who did for a Labour predecessor – Ed Miliband – because of his inability to handle the elegant eating of a bacon sandwich in public, so you can expect Sir Keir was careful. He deliberated for a couple of days with top advisers before making his announcement.

You don’t become director of public prosecutions without learning a thing or two about staying on the right side of laws and regulations.

In fact, he and his staff are now saying they can prove, through timed communications, that the main allegation that they stopped work after the beer and curry at 10 pm is untrue and that they resumed work until around 1am.

If this is true, then there was no beer and curry party at the end of the day. Merely a break from legitimate work sessions before and after.

Bets are already being hedged

You can never tell with absolute certainty how a police investigation will turn out, but the odds are that Starmer will not have to resign.

This would leave Johnson, who could face further, larger fines for yet more serious breaches of lockdown rules followed by the publication of the full Sue Gray report, in a political jam.

He will be even more exposed should Starmer be forced to do the right and honourable thing and resign following the arrival of a FPN.

The contrast between the two men and how they have behaved would be stark.

Rather belatedly, Conservative politicians realised the implications of calling for Starmer to resign on their own leader and under instruction from Central Office, went strangely quiet on the issue.

Interestingly, former Telegraph editor Lord Charles Moore, writing in his old paper, argued that it would absurd for the Labour leader to resign.

“No one was harmed in the eating of Sir Keir’s curry. It simply doesn’t matter enough to force him out of office,” Lord Moore wrote.

The Daily Mail has huffed and puffed day after day in one of its more high profile and personally hostile campaigns. If it fails to bring down the house of Starmer, it will be both embarrassing and also counter-productive for the political leader they have  supported through thick and thin, and who really has broken lockdown rules, Boris Johnson.

How will the Daily Mail, and indeed The Sun react, if Sir Keir and his deputy Angela Rayner are cleared of wrongdoing?

Don’t hold your breath for any apologies. Far more likely Durham police will be savaged for failing to get the “right” answer and succumbing to the dreadful emotional pressure applied to them by the Labour leader.