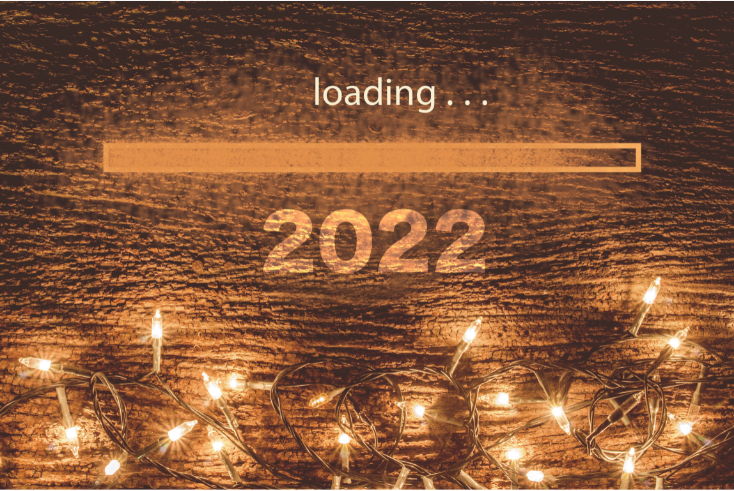 Bob Wootton offers his reflections on a year in media as he looks back on movers and shakers, band-wagons and why Sky is still ignoring him

It’s that time when us pundits offer reflections of the year past and predictions for the future.

The past is pretty fertile ground and prediction sometimes a fool’s game, albeit fun as nobody ever seems to hold anyone to their casual prophecies.

I’ll wrap a couple of each into some final thoughts for the year….

It’s been a time of and for people. The future of work and working has fixated us since we were forced to decamp to our homes.

Some proved very conducive indeed, whereas others fell far, far short. Sadly, the main segmentation is by wealth – the poles being nice family (or second) houses versus ironing boards in flatshare kitchens.

The younger workforce have mostly agitated for a return to the office while comfortable managements have often soft-pedalled, citing continually-changing and largely unenforced government guidance. (Heaven forfend we should call them rules, let alone laws, in our entitled society).

As I write, we’re being exhorted to work from our homes once again so fault lines between the haves and have-nots will resurface.

The mental health implications are real but have become obscured by overuse. Everyone talks about theirs now, whether or not it is a genuine, let alone diagnosed, issue.

It’s good we’re talking about something that was stigmatised and brushed under carpets for so long, but not so good that it’s also a low-risk and often intangible underpin for those seeking to excuse poor engagement or performance. This puts new pressure on managements to unravel the genuine from the bogus.

Staff churn and recruitment have taken centre-stage, though the media has pointed out that for the total UK workforce, the anticipated “mass resignation” has been slow to show itself. Yet another signal that we’re atypical.

Nevertheless, some have been making hay while the sun shines, reporting chunky salary hikes as employers outbid each other for what they consider key talent.

Kingston Smith’s recent annual survey expertly reminded that companies that drive their top line while containing costs have the highest value, but there is a contrasting position.  Many companies are now investing ahead in key people to handle the upturn some are already experiencing and most are expecting.

Talking of people, there have been some important hires lately.

The first is the appointment of Tess Alps (alongside Dawn Airey, Sarah Sands and David Kogan) as non-executive directors of Channel 4.

The channel has been embroiled in opposing the Government, which owns it via a golden share, from realising its ill-conceived determination to privatise.

Refreshingly, it has gathered deep and wide support from all sides of our industry.

This Government is almost alone in wanting to privatise. Beyond some point of principle, I can’t see why. The damage would likely be considerable but the proceeds minuscule compared to the budget abyss every country faces post-pandemic.

As for Tess, cut her and she bleeds telly (as well as sheer humanity): ITV, PHD rising to its chair, Thinkbox (the most lauded industry marketing body, probably worldwide) and latterly the ASA’s Council.

I simply cannot think of a single person past or present who is better-qualified to help the channel navigate choppy waters towards a better future. Can you?

Meanwhile, Marc Bignell is to join The 7Stars as commercial director, overseeing trading.  Another significant hire, but one that leads to questions.

The 7Stars leads an independent cohort which is gaining ground on the networks and has rooted the trading leg of its pitch in agility versus the networks’ muscle.

Marc is one of the younger and last of the old guard, media buyers who skilfully parlayed their skills across an ever-widening canvass of channels and territories.

Amidst obligatory reassurances of continued transparency, might this suggest a pivot amongst the bigger independents towards the still rather ossified views of the procurement people who so influence their fates?  And/or the reported trend towards globalisation and consolidation of pitches?

So another question – as in the networks, what of legacy / incumbent / founder clients?  Expect further churn amongst smaller- to medium-sized clients as the bigger independents’ offerings evolve.

And what of founders’ intentions? Whether to sell or retain interest but succeed themselves will determine future strategy.

Another Brit, Baroness Nicola Mendelsohn, is moving to New York to take over as Facebook’s (now Meta’s) global ad chief. Highly ambitious, connected, successful and a long-term employee, even she reports having to undergo eight or nine interviews to land the role.

There are big boots to fill at a very tricky time for the massive and massively-profitable company which faces many serious reputational, commercial, legislative and regulatory challenges globally.

Cue yet another deluge of “we’re learning / on a journey” blah blah. The medium-term future of this Icarus-like business remains complicated.

One of the boom industries of the pandemic has been the explosion of ESG, D&I, the woke agenda and attendant virtue signalling.

If you’ve read my previous, you’ll know I harbour some doubts and have ventured that an industry with difficulties might better focus more on what it actually does and less on jumping bandwagons.

Yes, I know the argument about our being “influencers”. Please refer to our industry’s rankings in the trust stakes and get back to me.

And if you haven’t already, I would recommend reading Mediatel News editor Omar Oakes’ piece on recent industry open letters.

Now a Jewish adlander who feels as marginalised by the new agenda as much as the old has spoken out. A strong piece that should provoke some useful reflection, I just wish I’d been surprised by his comments.

What with Christmas coming up….

I recently expressed some reservations on Sky Glass, the internet-streamed integrated tv which is enjoying one of the biggest launch advertising pushes ever.

My concerns were based on having had long-term connectivity issues with Sky Q almost since launch. (Sky Glass got a bit of a pasting from Wired too, if for different reasons)

Hardly a week passes without my Sky requesting a full network reboot while every other device in the home is working sweetly. Sometimes it’s several times a day – a bit like working in an office! Christmas viewing with the family could be challenging…

I’d half expected both a public riposte and a private call to sort me out, but nada. RIP the customer-focussed ‘believe in better’ Sky I knew and loved.

Have a very happy and safe Christmas break wherever you are and I look forward to seeing many of you in the new year.