So many crises but precious little media attention on Covid 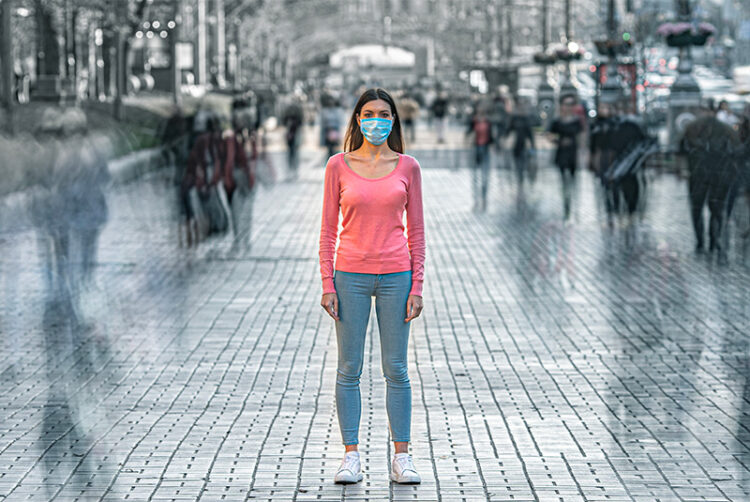 Climate change, record-breaking temperatures, and the race to be Prime Minister are important stories. But Covid seems to be the crisis our media is determined to ignore.

Alas we have so many political scandals at the moment, and associated media scandals — or inadequate reporting if you want to be more polite — it’s difficult to know where to start.

As new, highly dangerous and previously unthinkable UK temperature records are broken, it is difficult to find sustained coverage of what it might mean, certainly in the popular press.

The Sun only just shied away from the old cliché of a summer headline – “Phew What A Scorcher” – with a modern variant: “Phew What A Torture”.

The paper went on to trivialise the entire phenomenon and what it might mean with a view from Australia addressed to “Dear Poms” mocking the view that we might think 40-degrees is hot.

The Daily Mail was more interested in Penny Mordant’s bid for the Tory leadership hitting the buffers, as the paper saw it, while also seeing fit to mock “snowflake Britain: having a meltdown”  because of a sunny day or two.”

The Mail’s thought: “Whatever happened to keep calm and carry on” and then there was the attack on the Met Office, which the paper thought should stick to telling us the weather rather than “scolding us with doom-laden lectures.”

The climate change issue was at the heart of another political and media scandal, the worry, aired by Hugo Rifkins in The Times, that the challengers for the Conservative leadership might be about to marginalise or postpone net zero targets.

Most have played lip service to the concept but it doesn’t get much attention given that only 4% of Conservative party members (the electorate who will chose the next Prime Minister) believe net zero is a priority.

Alok Sharma, the Cabinet minister in charge of climate change, has warned that he will resign if the new Prime Minister goes soft on climate change.

The real press scandal is over the coverage of the strange election process and the unequal treatment meted out to different candidates.

Once again the Mail arouses most suspicion with blatant support in its news coverage for Foreign Secretary Liz Truss who is seen as the true blue Thatcherite candidate.

The paper, which supported Boris Johnson through every lie and misdemeanour because the paper believed Johnson was best placed to beat Labour’s Keir Starmer, is still in mourning at the loss of their man.

Even as they trumpet Truss as their favoured candidate they are still cannot let  “incomparable Boris,” go and are still worried that they might live to regret the craven betrayal of their most charismatic and electable leader since Lady Thatcher.

At least their chosen replacement is still in the race after the removal of former equalities minister Kemi Badenoch. With Truss closing the gap with second place Penny Mordaunt, you can be sure that Mordaunt will now get the full, shrill Mail treatment.

There is, however, another political and media scandal hiding in plain sight — the growing threat from new and much more infectious versions of Covid-19.

More and more people are being infected and everything from hospital admissions and deaths. According to the Office of National Statistics, around one in 25 of adults who had been triple vaccinated reported long Covid symptoms 12 weeks after being infected by the latest variants.

And yet its almost as if Covid doesn’t exist, at least as far as the general public are concerned. The wearing of masks has become a rarity on public transport, or in shops or other crowded places.

The main fault lies with the Government, which has said virtually nothing about the disease or offered any advice on how the current rise could be mitigated since it called the pandemic over.

The last Health Secretary Sajid Javid announced that we were all now “in the post-pandemic era” and his successor Steve Barclay’s only reference has been about the importance of the NHS catching up with the Covid backlog.

If any of the candidates for leadership of the Conservative Party, and with it the keys to Downing Street, mentioned their policies on how to prevent the spread and impact of Covid it passed me by.

As infections rise day after day, there is hardly a word in the popular press, as if Covid is not mentioned it will somehow go away. Even last week’s landmark — UK Covid deaths breaking the 200,000 barrier, received relatively scant attention.

The Sun did cover the 200,000 deaths on page 14 alongside news that Covid cases were up for the fifth week in a row and that in the previous week new cases had totalled more than 2.7 million.

Readers of newspapers such as The Times, The Guardian and their websites are much better informed, although The Times covered the 200,000 death toll on page 24.

Sleeping walking into another disaster

However, yesterday’s issue of The Times carried a warning that the NHS was “dying of Covid 19.”

In a rare joint editorial the editors of the British Medical Journal and the Health Service Journal argued that: “the NHS is not living with Covid it’s dying from it.”

The national attempt to live with Covid is the straw that is breaking the back of the NHS and staff sickness with Covid is “hollowing out an already overstretched and exhausted workforce,” the publications argued.

The BMJ and Health Service Journal editors want better communication of advice, mandatory masks on public transport and possible limits on the size of public gatherings.

The news came at the same time that The Guardian reported warnings from a Harvard epidemiologist, Dr Stephen Kissler, that the virus was not following expectations that it would show a seasonal pattern with peaks in the winter.

Instead, scientists were seeing successive waves of new variants. Meanwhile Professor Peter Openshow, an immunologist from London’s Imperial College, said the waves of new variants appeared to be getting more frequent and were better at reinfecting those who had previously been infected or vaccinated.

Little of the seriousness of the situation is finding its way into the more general and popular media and the Government is quite happy to say nothing and look the other way.

Climate change and record breaking high temperatures are important as is who our next Prime Minister will be and they are compelling stories.

But somehow time and space has got to be made available to prevent the UK almost sleepwalking into another Covid disaster when the media could and should be doing so much better.