Snoddy: the reality and last rites of the Brexit dividend 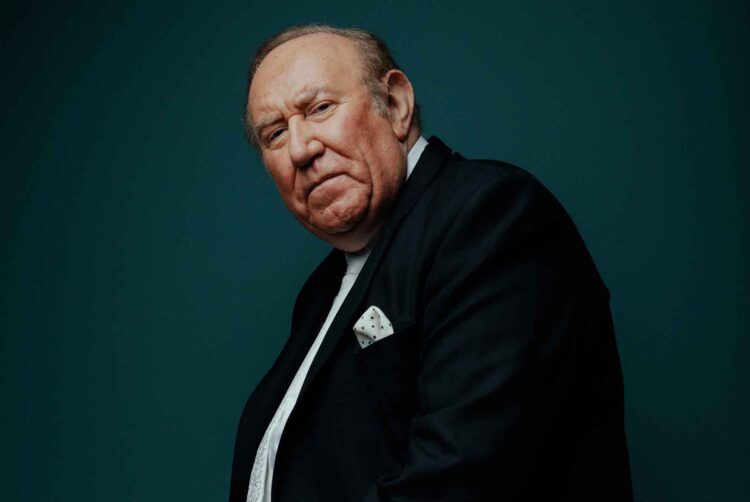 The media’s difficulty with reporting Brexit has reached a tipping point as the evidence of the damage done continues to accumulate.

Was it really only just over a month ago as the Premiership of Liz Truss entered its death throes that it seemed prescient to spot the first signs that at long last the reality of Brexit was starting to seep into the Conservative reaches of the media?

A month is a long time in the politics of the media and now it feels as if the Brexit dam has burst, certainly for those outside the inner ranks of what increasingly looks like a cult.

The moment when Brexit scepticism went mainstream can be precisely dated to Saturday 19 November when the headline over Andrew Neil’s weekly column in the Daily Mail read: “The week Sunak and Hunt killed the dream of any Brexit dividend stone dead.”

Many have been sceptical for years that the Brexit dividend was ever little more than a dream, or more precisely a fantasy.

But coming from Neil? In the Daily Mail? Stone dead! This looked like the formal application of the last rites for Brexit dividends and if so what on earth was the point of it all in the first place?

The ‘outing’ of Brexit

Neil, who still refuses to say how he voted in the referendum, or even if he voted at all, proclaimed that the Autumn Statement had jettisoned all the traditional Conservative economic nostrums such as tight control of public spending and incentives for business to invest.

At the same time, the chance of creating a post-Brexit, low tax, low regulation, free-wheeling economic environment which would turn Britain into a beacon for foreign investment was just not going to happen.

“This was also the week that Brexit died,” proclaimed Neil grandly, before warning that there would be no trade deal with the US anytime soon and highlighting a significant admission by Tory Minister George Eustice.

Eustice conceded that the trade deal, which Truss as Trade Minister had hurriedly negotiated with Australia and New Zealand, which he himself supported publicly at the time, had actually been a terrible deal for the UK’s farmers.

Suddenly, according to Neil, from BBC1’s Question Time to Radio 4’s Today programme, the case for rejoining the single market was being regularly raised.

His old hunting grounds, the BBC, was “still pretty much a pro-Remain one-party state” very happy to “fan the flames.”

In fact there has been widespread criticism of the BBC for its determination, because of a mixture of central policy and individual journalistic cowardice, to ignore the consequences of Brexit and avoid the “B word” on every conceivable occasion — until now.

Neil has sympathy for the frustrations of the Brexiteers at this unexpected turn of events.

“It’s not just that Brexit is increasingly a busted flush, but that those who backed Brexit never even got a chance to make it work. Betrayed by the very Tory politicians who told them to vote Brexit in the first place,” concluded Andrew Neil.

The outing of Brexit in the media continued in the Brexit-supporting Sunday Times, the paper that Neil used to edit.

The paper claimed that senior Government figures were planning to put Britain on the path to a Swiss-style relationship with the European Union and that a thawing of relations with the EU could lead to “frictionless trade.”

Such a relationship could involve payments into the EU budget,  continuing of many EU standards and even the possibility of European judicial oversight.

Why, the Brexiteers in the House of Commons even feared a compromise was being planned to get a deal on the Northern Ireland protocol.

The balloon went up, cries of betrayal were in the air and Jeremy Hunt, the Chancellor of the Exchequer was fingered as the source behind the story, something he rather unconvincingly tried to deny.

The developments set papers such as the Daily Mail and The Sun to battle stations.

For Daniel Johnson in the Mail, it was a case of the Remainers scenting blood and the Prime Minister must champion Brexit, and not backslide.

“Don’t Betray Us On Brexit” was the front page appeal and in its editorial columns the Sun warned that two Conservative Prime Ministers have been brought down by Europe. “Mr Sunak must be careful not to become the third,” the paper cautioned.

The Sun may have been reassured by Government denials that it is planning a Swiss-style relationship with the EU, something that would mean signing up to EU rules without any say over how they are made.

“What’s troubling is that very senior figures at the heart of Government are even suggesting it,” the paper fretted.

As for the Daily Express there was just: “Fury at ‘Absurd Idea’ to go soft on Brexit” without, as always any sign of willingness to discuss the issues involved.

Out in the real world, the evidence of the damage done by Brexit continues to accumulate.

According to the IMF the UK’s growth next year will be the lowest in the G7 group of countries and current growth is hovering around the bottom of the G20 group.

This presents a problem in logic for Government ministers who consistently blame the Covid pandemic and the Russian invasion of Ukraine as the sole reason for the UK’s woes something also affecting most other countries.

Michael Saunders, a former policy maker at the Bank of England, recently insisted that the British economy has been “permanently damaged” by Brexit and went even further. He said that without Brexit there would have been no need for the austerity budget.

Polls now show that around 56% are now in favour of rejoining the EU, a number that has steadily rising, although it would be difficult to see much evidence of that in the Conservative-supporting newspapers.

At least GB News can always be relied on to cheer the country up.

They did a poll among their own viewers — a self-selected sample you might think — and host Martin Daubney was licking his lips at the prospect of putting ”the Remainiacs — sorry Remainers” in their place.

When the result came though and 55% said they would no longer vote for Brexit — Daubney was rendered speechless and was unable, or unwilling to read out the result.

Neil would have been a far more professional presenter. At least he, not for the first time, is now telling it like it is.

Nick Manning, Founder, Encyclomedia International, on 23 Nov 2022
“It’s worth remembering that David Cameron called the EU referendum to ostensibly resolve the rift within the Conservative party over Europe. The public were pretty indifferent but there were two distinct factions with the party. Six years on and this issue is going to damage the Conservatives much more as they try to tack back towards Europe for economic reasons to the horror of the Brexiteer wing, who will increasingly drift towards the Reform Party, thereby splitting the right-sided vote in the next General Election, leading to a possible wipe-out of the Conservative party. At that point Cameron would have achieved his objective even if it were not what he had in mind.”