Why the media can expect different treatment from King Charles 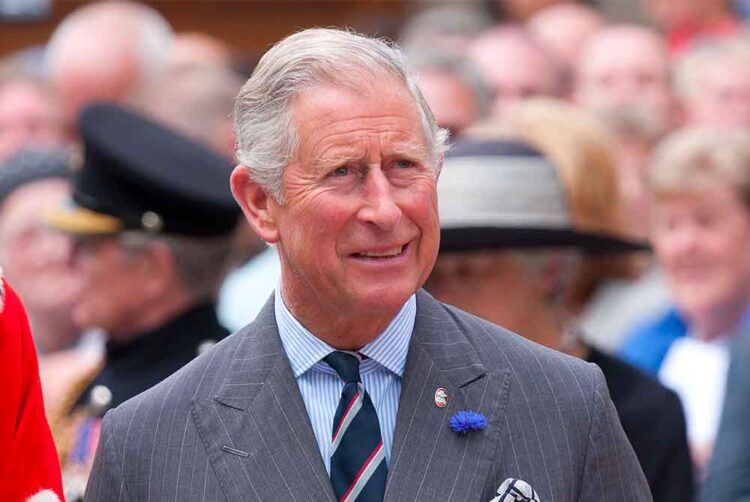 King Charles’ track record as Prince of Wales suggests there may be a sympathetic ear for the BBC in the new regime at Buckingham Palace.

In April then Prince Charles and his wife Camilla, Countess of Cornwall, toured the BBC newsroom to mark the 90th anniversary of the BBC World Service.

The Prince also hailed the importance of the BBC providing “impartial truth” from war zones.

It was a formal visit to mark an anniversary that had long been in the Royal diary. But the enthusiasm the Prince showed in conversation with the likes of Lyse Doucet and Clive Myrie, as well as his remarks, suggests that the Prince is more enthusiastic about the BBC than some of today’s politicians.

And Camilla, now the Queen Consort, is also a great fan of The Archers, after all.

There is history here and another piece of Royal continuity.

The Prince had accepted an invitation to give a formal speech to mark the 60th anniversary of the BBC World Service at a time of controversy when the government of John Major was imposing cuts on the World Service budget.

By chance, I had a ringside seat at some of the preparations for that speech and the amount of work the Prince put into it. This was definitely not a case of the press office cobbling together a speech to put into the Prince’s hand.

There was the surprise invitation to come to tea with the Prince at St James’s Palace, an invitation also extended to John Tusa, former managing director of the World Service, and a couple of others. The afternoon tea and sandwiches were, as you would expect, excellent, but what was most impressive was that the Prince wanted to know about all the issues facing the World Service. He made copious notes and was keen to see how he could help.

In his speech in December 1992, Prince Charles described the World Service as “the model of public service broadcasting” — a remark quoted in a Parliamentary debate six months later which sought, unsuccessfully, to overturn planned cuts of £5m in each of the three subsequent years.

Such involvement of King Charles III in future detailed discussions about the future of the World Service, whose audience has almost trebled to 364 million over the past 30 years, is unlikely.

But is it too fanciful to suggest that there might, at the very least, be a sympathetic ear for the BBC in the new regime at Buckingham Palace?

Crown’s challenging past with BBC

The relationship between the media and the Palace has always been a problematical one with Royalty increasingly needing publicity to remain relevant. At the same time trying to insist coverage should be respectful and uncritical and, above all, avoid personal intrusion.

Tension in such a relationship is inevitable. The biggest rows, or scandals, which caused rifts between the media and the Palace, have included Martin Bashir’s Panorama interview with Princess Diana, although the deceit involved only emerged later. Then there was the death of Princess Diana while pursued by paparazzi and the hacking of Royal phones on behalf of the News of the World.

There was one more positive note: the informal agreement by editors not to intrude into the lives of the young princes as they grew up, an accord that was largely honoured.

Yet Prince Charles could notoriously be tetchy even over agreed photo opportunities as the BBC’s present Royal correspondent Nicholas Witchell found out on a Royal ski trip to Klosters in 2005.

Charles grinned awkwardly after Witchell asked about his upcoming wedding to Camilla after having just answered a similar question from another journalist.

“I’ve very glad you have heard of it anyway,” Charles said rather grumpily.

Moments later the heir to the throne was heard muttering under his breath to his family: “Bloody people. I can’t bear that man. He’s so awful. He really is.”

One journalist who has maintained a better relationship with Charles is Sun photographer Arthur Edwards, who has been taking pictures of Charles for more than 30 years.

Arthur was the only photographer there — apart from an official RAF snapper — when Charles III stepped unto the tarmac after flying back to London on Saturday.

Edwards proves individual relationships are possible. But what is the relationship between Charles III and the overall media likely to be?

While working for the Los Angeles Times/Washington Post news service in London, it was amusing to receive a request from the then big shot Post interviewer Sally Quinn asking for an urgent interview with the Queen. Sally had to be informed that the Queen does not do interviews. And of course she never did.

Charles has an immediate and pressing problem. His mother was immensely popular, as can be seen by the public reaction to her death.

Charles has, in the past, been portrayed by the popular press as a slightly dotty individual given to talking to his plants. He might even be well advised, some of them said, to step aside and let the Crown pass to his son William.

The initial response is already in. As he approached Buckingham Palace for the first time since his mother’s death, King Charles asked for the car to stop and then spent a long time with his wife shaking hands and talking to mourners — even receiving a kiss from one subject.

There have been Royal walkabouts before but few so prolonged or enthusiastic. So the strategy is clearly to be more open and less pompous (rather like Scandinavian monarchs) and with that will come more picture opportunities.

However, it is unlikely that there will be many sit-down interviews with Emily Maitless, Andrew Neil, or Nick Robinson anytime soon. There will also be extreme caution about letting documentary cameras inside the walls, at least for now.

What we will be talking about is increasing — but controlled — openness.

The fact that President Biden says he plans to attend next Monday’s State Funeral bodes well for the future of a rejuvenated “special relationship” in which Charles III will charm the Royalists of the US whether Republican or Democrat.

In the future, Charles III will be less involved publicly in his favourite causes: climate change, wildlife, and the built environment. As he explained recently, he is not totally stupid and understands fully the difference between being heir to the throne and being Monarch.

The letters to ministers in spidery handwriting will definitely stop, as will overt efforts to help the BBC World Service.

But there remains the matter of the confidential weekly briefings between Prime Minister and Sovereign.

Again for some years Charles has been taking his coming future role seriously, as was revealed at the weekend. There have been “practice” sessions with former Prime Minister David Cameron on how to handle the weekly audience.

Given what we think we know about King Charles, who is probably a liberal conservative with a definite green tinge and strong opinions on many subjects, those audiences could turn out very different from those of the past 70 years.

It is more than possible that in the privacy of the audience King Charles III might ask pointed questions about everything from the future of public service broadcasting to how maximising the extraction of oil and gas sits with legally agreed climate change targets.

And you never know, there might even be more leaks in the era of Charles III than there ever were during the long reign of Elizabeth II.