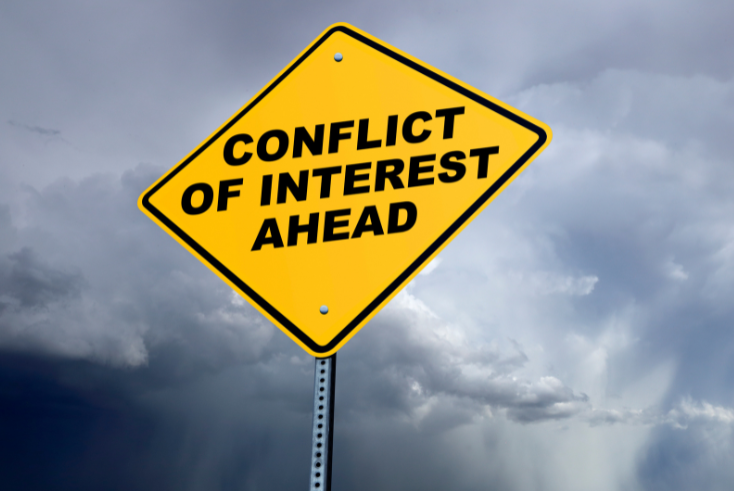 The Sun summed matters up very well on Monday with the succinct headline: “Bojo And Zahawi Tory ‘Sleaze’ Row.”

Underneath, the paper went on to report that the Tories were facing “multiple sleaze probes” over Johnson’s personal finances involving BBC chairman Richard Sharp, and growing questions over the tax affairs of Conservative Party chairman, Nadhim Zahawi.

It seemed like the good old days of the Partygate era were here again.

The Sun on Sunday had revealed that Zahawi had been prevented from getting a knighthood in the New Year’s Honours List after the Cabinet Office, which vets prospective candidates for honours, contacted HMRC in December.

The story was enthusiastically followed up by the Daily Mail, which also found itself following up a front page exclusive in the Sunday Times about the Sharp’s activities.

In terms of journalism, the Nadhim Zahawi affair has been a slow burner, which might even have gone away since The Independent first raised questions about Zahawi and allegations of off-shore tax issues in July.

The issues were complicated and at every turn Zahawi declined to answer questions and newspapers, and anyone else inquiring into his tax record, were threatened with libel actions.

Reports hardened in recent days when it emerged that the former Chancellor of the Exchequer had not just been investigated by the Revenue but had been forced to pay a penalty of 30% adding up to a total of around £5m.

Zahawi has since admitted that the Revenue found that he had been “careless” though not  “deliberate” in the way he handled his taxes.

Some have questioned how easy it really is to be careless about tax liabilities on around £27m, the proceeds from his stake in the YouGov polling company, which he co-founded.

Moreover journalists have reported, and it has not yet been denied, that the tax deal was negotiated with the HMRC while Zahawi was Chancellor and therefore the politician in charge of the HMRC.

If ever there was a conflict of interest…

The BBC, heavily criticised online for ignoring such an important story for days, finally weighed in just in time to salvage its reputation as Zahawi began leading BBC news bulletins on television and radio at last.

Sir Craig Oliver, former director of politics and communications for former Prime Minister David Cameron, said on the Today programme he believed that Zahawi’s political career was now hanging by a thread.

Former Conservative minister Lord Young of Cookham warned that unless the Conservative party chairman was completely transparent on all the details of his tax affairs the story was not going to go away.

And yet Prime Minister Rishi Sunak, who promised a government of integrity, professionalism and accountability at the outset, was still insisting at Prime Minister’s Questions last week that there were “no questions to answer.”

Less than a week later, the hapless Prime Minister was admitting that there were indeed “questions to answer” about Zahawi’s taxes and the new Independent Advisor on Ministers’ Interests, former City financier Sir Laurie Magus, was called in to investigate.

The fact that the issue has reached such a stage is of course the sole result of dogged journalism. Without it Zahawi would have jogged on regardless.

For the moment, it looks as if Sunak has managed to kick the uncomfortable matter into the long grass so that when any questions are posed the routine answer will be trotted out yet again: the matter is under independent investigation and it would be wrong to comment.

It would have been more decisive for the Prime Minister to have quickly called up the papers and then decided whether or not  Nadhim Zahawi should be sacked immediately.

This is by far the likeliest outcome anyway, with or without Sir Laurie, as the media continues the chase and the chairman of the Conservative Party can barely go out in daylight without now facing a barrage of questions wherever he goes.

Meanwhile, Zahawi is hardly in a position to help the electoral prospects of a party that is, appropriately enough in the circumstances, according to YouGov, 20% behind Labour in the polls.

There was more than a little irony not only that the news editors at the BBC finally had to lead with the Zahawi affair but also had to follow it with the latest on their own chairman Sir Richard.

At first glance, the Sharp affair seems like a scandal, third class, certainly compared to that of the Tory Party chairman.

However, there is one element in common – the whiff of a conflict of interest in the manner of his appointment as BBC chairman.

According to the Sunday Times, Sharp helped to arrange a guarantor for a £800,000 loan for Boris Johnson who was financially stretched at the time. Or at the very least acted as an intermediary.

Sharp introduced multi-millionaire Sam Blyth, an old friend and distant Canadian cousin of Johnson who wanted to help, to Simon Case the Cabinet Secretary and head of the civil service.

At the time, Sharp was in the final stages of the recruitment process for the chairmanship of the BBC.

Before the loan was finalised, according to the Sunday Times, Johnson, Sharp and Blyth had a private dinner at Chequers “where according to a source they ate chop suey and drank wine.”

The three insist that Johnson’s finances were not discussed.

However soon after, the Sunday Times reported, the Cabinet Office propriety and ethics team wrote a formal letter telling Johnson to stop seeking Sharp’s advice about his personal finances given the forthcoming BBC announcement.

Although Richard Sharp has insisted he believes he was appointed on merit, while yesterday stressing he has done nothing wrong and that he went to Simon Case “to avoid a conflict of interest”, it is difficult not to notice the swirl of cronyism – especially as Sharp was once Rishi Sunak’s boss at Goldman Sachs, the merchant bank.

The Sharp affair will now be investigated by William Shawcross, a commissioner for Public Appointments whose daughter is reported to work in Downing Street.

In another parallel echo, Sharp has also gone down the investigation route by asking the BBC Board’s nomination committee to explore any conflicts of interest “when it next meets.”

No date has been set for such a meeting though Richard Sharp has promised that any report will be published.

Yet, this means that just as Nadim Zahawi can duck any interviews while Sir Laurie does his work, Richard Sharp will be able to decline any BBC request for an interview until after the BBC nomination committee meets.

Each of the issues, in their different ways, serves to illustrate revealing aspects of contemporary life at the top of Tory Britain.