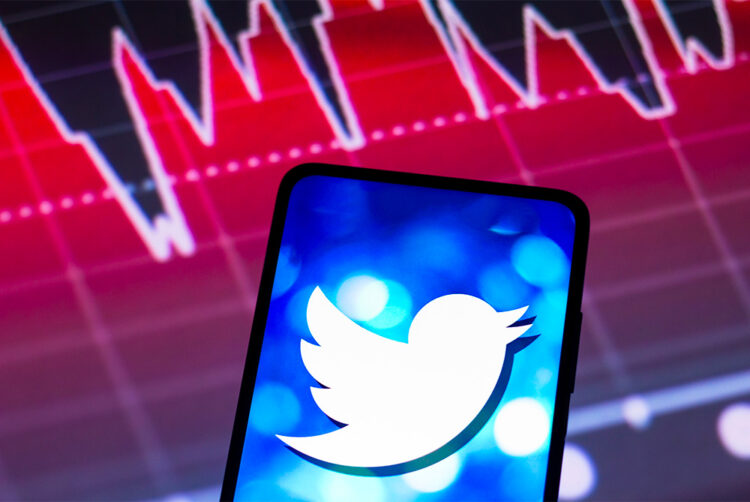 Elon Musk is the business equivalent of Liz Truss, except that it took Truss a full month to blow up her premiership while Musk needed less than week to take a wrecking ball to Twitter.

Five days in, after he forced himself to pay a vastly inflated $44bn (£38bn) for the company, the Nightmare on Market Street gathers pace.

Obviously the first step was to fire the top management team — the people who actually know how to run a very singular company — departures that will trigger something like $86m (£75m) in pay-offs.

Then, naturally, next up it’s time to dissolve the board, including former chairman Bret Taylor and the UK’s Baroness Martha Lane Fox, so that Elon Musk is not only sole owner but chief executive and the only director of the company.

From now on in at the top of the company, he will only have himself and carefully selected friends to talk to. It looks awfully like the classic behaviour of a megalomaniac.

Of course there is more, much more. According to The Washington Post, plans are being drawn up to cut the staff by 25%, presumably in order to start justifying the ludicrous purchase price.

Next you move to alienate some of your most influential users such as horror writer Stephen King by threatening to charge $20 a month to “verify” membership of a subscription blue badge premium service available in the US.

King used Twitter to give his opinion on the scheme.

“$20 a month to keep my blue check. F**k that, they should pay me. If that gets instituted, I’m gone like Enron,” said King.

Musk has since said he would charge $8. Nevertheless, if Musk had been paying enough attention the deployment of the word, Enron might have sent a shiver down his spine.

Other celebrities have been bailing out in the expectation that Musk will carry out the promise he made before taking over Twitter, that he would re-instate banned Tweeters such as disgraced former American President Donald J Trump.

It’s a good job that Musk took Twitter private, otherwise the share price would have totally tanked, although we can safely presume that he has already been responsible for a catastrophic collapse in value.

The really strange thing is that Jack Dorsey, the co-founder and former chief executive of Twitter, rolled his stake of 18 million Twitter shares worth $976m (£850m) at the takeover price into the new Musk vehicle.

Any guesses what that stake is worth now?

Luckily Dorsey has another even larger fortune just across the road from Twitter headquarters in the shape of Block, the financial payments company he founded.

There is another small problem facing the Tesla owner. Reuters has seen internal Twitter research suggesting the company is having problems holding on to its most active users, out of an overall user base of around 230 million. This is serious because “heavy Tweeters” make up only 10% of the total but account for 90% of Tweets and half of global revenues.

The problems that he has inherited and all that Musk has done so far, would be quite enough to trash any company and launch a dozen case studies in the business schools of America on how to destroy corporate value in the shortest possible time.

But it gets worse. Much worse. And content is at the heart of the problem for a platform much beloved by journalists and politicians.

The big question is quite simply what sort of content will Elon Musk permit or promote on what increasingly looks like a personal plaything, even though he claims it is designed “to help humanity.”

Musk, who famously described himself as “a free speech absolutist” announced on the day of completing his takeover that “the bird is freed,” in a reference to Twitter’s bird symbol.

In a conversation largely conducted on the Twitter platform itself Thierry Breton, the EU’s internal market commissioner responded that in Europe “the bird will fly by our rules.”

From the outset all those whose presence or inflammatory Tweets were banned or excluded piled in to test the resolve of the “free speech absolutist.”

They were all there, from the Covid-19 conspiracy gangs to the January 6 “the election was stolen” brigades and the purveyors of Nazi imaginary.

The Network Contagion Research Institute found that in the 12 hours after the finalisation of the Musk deal use of the “N” on Twitter increased by more than 500%.

A warning from the advertising canary in the coal mine came when General Motors decided to pause its advertising on Twitter to evaluate which way Musk will jump on the limits to freedom of expression.

It would hardly be surprising if other major companies take similar action. It would surely not make sense for advertisers to appear alongside the outpourings of white supremacists and dangerous conspiracy theorists.

Musk is now rapidly rowing back by saying that Twitter “cannot become a free-for-all hellscape” and promising that he will form a “content moderation council” which would bring together people with a diversity of views.

The trouble is Musk has not defined what he means by “a free-for-all hellscape” or what diverse views will be represented on his council, or indeed what happens when they disagree on this most contentious of all issues?

More importantly will Musk pay any attention to what they say or ultimately will it be a case of ‘do what I say’?

Musk’s record is that of a force of nature pushing ahead with the seemingly impossible. It’s less clear how attached he is to moral philosophy or a subtle appreciation of the power of words to do good or great harm, or even the importance of what he has bought for such a high price.

Twitter, despite the trolls, the abusers and nutters who lurk in the shadows, is the most powerful engine for transmission of news and factual information the world has ever seen.

It would be a tragedy if, because of the vanity of one rich man, the bird that he “freed” was found dead one morning in Market Street, San Francisco.