Samsung Ads’ ‘TV Advertising Engagement Study’ — what did we learn? 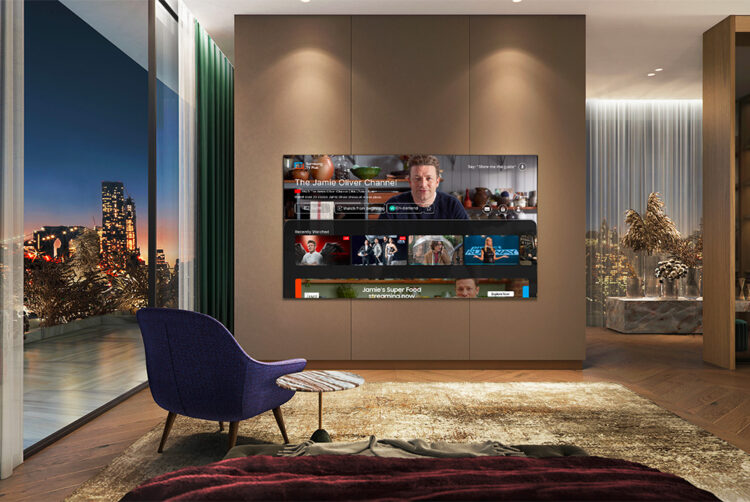 The report uncovers latest trends in the dynamic advertising TV space and highlights the intricate nature of emotional responses to ads.

Technology has transformed the advertising landscape and expanded the choices available to brands over the past few years — and the television sector hasn’t been immune to these changes.

Connected TV (CTV), in particular, has been a key driver in changing viewership behaviours. Almost 67% of UK households had access to Smart TVs in 2021 — compared to 11% in 2014. Smart TV viewers have embraced streaming, with Samsung Smart TV owners in Europe having spent 52% of their total TV time in streaming environments in the first half of this year.

With the proliferation of Smart TVs, over-the-top (OTT) platforms are more accessible than ever — and opportunities to reach streaming audiences are growing. Advertisers have been quick to note that CTV offers a data-driven approach to planning and targeting with enhanced addressability — a powerful combination when working in tandem with the premium viewing experience delivered by TV. The Interactive Advertising Bureau (IAB) forecasts global CTV adspend will exceed $21bn in 2022, representing a 39% increase from last year.

Samsung Ads, in partnership with global research agency Verve, has surveyed over 700 UK consumers to document viewers’ ad engagement across multiple platforms including:

The findings are compiled in the TV Advertising Engagement Study and illustrate how much ad-supported streaming is shaking up the advertising world.

If you’re just tuning in…

Linear broadcast channels have delivered ad breaks for decades — they’re an expected part of the viewing experience. Advertising in streaming environments, on the other hand, has grown rapidly with the adoption of CTV.

The TV Advertising Engagement Study explored how each platform ranked across different positive universal attributes — these include relevance, trustworthiness and the ability to trigger curiosity. Survey results found that linear ads scored high in terms of trustworthiness (46%) due to consumers expecting them as part of the experience. But there is a caveat — they were also perceived as less relevant (35%).

The respondents scored linear ads poorly for enjoyment (29%) and excitement (34%), suggesting that not all advertising is resonating with linear viewers.

Attitudes to advertising on BVOD platforms followed a similar pattern. Linear and BVOD ad duration has been cited as a barrier for engagement. Short ads are perceived to be in the minority for both platforms — at 17% and 15% respectively. This is where FAST platforms are achieving differentiation.

Free streaming services from non-traditional broadcasters — such as Samsung TV Plus and Rakuten TV — are still relatively new to the market. But they have quickly built a positive reputation in the advertising world.

Samsung Ads’ research found that viewers are more likely to engage with FAST ads (48%), compared to 45% for BVOD and 38% for linear. Relevance is an integral factor to this score — 70% of UK consumers believe ads are an acceptable trade-off for free content, provided they are relevant. The volume of advertising on FAST platform is also perceived to be lower compared to other platforms, reducing the possibility of ad fatigue amongst consumers.

FAST ads also scored well in terms of excitement (49%) and enjoyment (48%) — the average ad duration is key to this. 36% of viewers considered FAST ads to be short. Safeguarding a seamless viewing experience is vital — and an important takeaway for SVOD providers who are introducing advertising to their platforms.

Subscription streaming services’ original pitch was simple. Consumers — after paying a nominal monthly fee — could access libraries full of thousands of their favourite films and television series without needing to worry about ads. Recent developments, however, look set to change this status quo.

Prominent SVOD services — namely Disney+ and Netflix — have announced proposals to introduce ad-supported tiers before the end of the year. Observing the factors driving FAST ads’ success, and what has caused linear engagement in certain areas to fall behind, provides interesting learnings about consumer attitudes to TV advertising.

“The report reflects the dynamic advertising TV space and highlights the intricate nature of emotional responses to ads,” said Alex Hole, Vice President of Samsung Ads Europe, commenting on the report. “It’s valuable for advertisers to understand the variances across platforms so that adscan be delivered to the most appropriate audiences in the right moments. Relevancy scored highly as a driver behind ad acceptance, which reinforces that a data-driven approach to advertising will ensure that brands reach the right audience with the most relevant message.”

If you would like to learn more about advertising engagement across streaming platforms, download Samsung Ads’ ‘TV Advertising Engagement Study’ here.