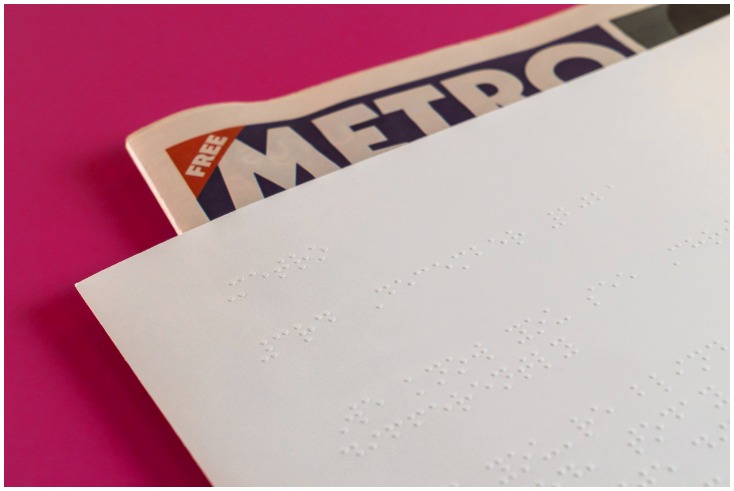 This media first coincides with International Day of Disabled People and forms part of the RNIB’s “Letter to Santa” Christmas fundraising campaign to send Braille letters from Santa to vision-impaired children.

The Braille cover on the Mail Metro Media-owned daily paper will be distributed in 15,000 special editions across nine central London locations like King’s Cross station.

There will also be a QR code on the inside cover where non-Braille readers can discover what the message says and learn more about how visually impaired people “see things differently”.

John Ayling & Associates negotiated the media planning and buying for the campaign and The Good Agency managed the creative.

It is estimated that around 20,000 people use Braille in the UK, most of whom have lost sight from birth or an early age.

RNIB highlighted that every six minutes someone in the UK begins to lose their sight and it is campaigning against exclusion, inequality and isolation for a more inclusive world where visually impaired people “can lead full lives”.

The face of the Letter from Santa campaign is 12-year-old RNIB ambassador Keira Mills who last month took over an ad break on ITV2 to raise awareness about the 14,500 visually impaired children like her who are not able to enjoy Christmas in the same way as others.

David Clarke, director of services at RNIB, said: “For many blind and partially sighted people Braille is a vital tool opening the door to independence, learning literacy and most of all, the enjoyment of reading.

“Our aim is to create an experience that means no child misses out on the magic of Christmas, and RNIB’s Letters from Santa is just one part of this work.”