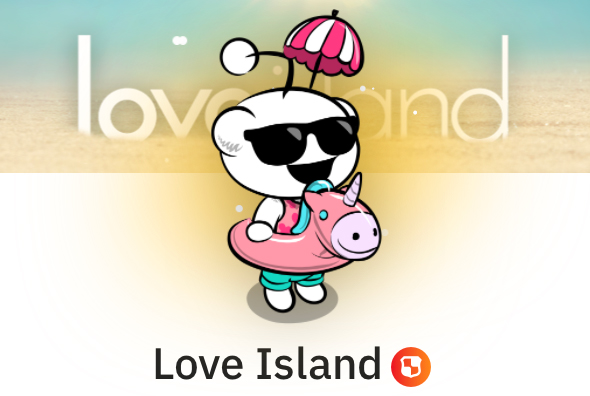 Social media platform Reddit has deepened its entry into the UK market by agreeing to sponsor the eighth series of ITV’s popular reality-TV show Love Island.

ITV will run a dedicated u/LoveIsland profile on Reddit and interact with users throughout the series in the r/LoveIslandTV community, which was created eight days ago. The account is run by “four real people”, it states, who are all “huge fans of the show”.

The community’s authors added: “We’re not about spamming and laying it on too thick, we want our posts to give the sub something different to other [Love Island] socials. We’re also not about selling you merch or flogging stuff from our partners.”

Users will be able to take part in AMAs (Ask Me Anything discussions) with ITV producers, crew, and executives, while friends and family of the show’s contestants will be featured in Upvote/Downvote, a quickfire video content series answering questions from the community.

Reddit’s UK market director, Laurelle Potter, who joined the company last year from dating app Tinder, said Love Island had more than doubled in “engagement” on over the last year, while subscribers to r/LoveIslandTV had grown by 52%.

“As the official fan partner for Love Island, we’re looking forward to highlighting Reddit as the place for Love Island fans to come together, discuss their favourite show and Islanders, and have a voice behind the exciting moments unfolding throughout the series,” Potter added.

Reddit launched a UK office in London’s Holborn in September 2020 as part of its first expansion into international markets in 15 years as a business.

Since then the company has been busily hiring an ad sales team to support Potter.

Reddit already had a global client-facing team that could activate campaigns in local markets, but the company now wants to have a greater presence in regional markets to grow its creative support team and “educate the market” about the platform and its ad-buying opportunities.