Media planners ‘must plan for both active and passive attention’ 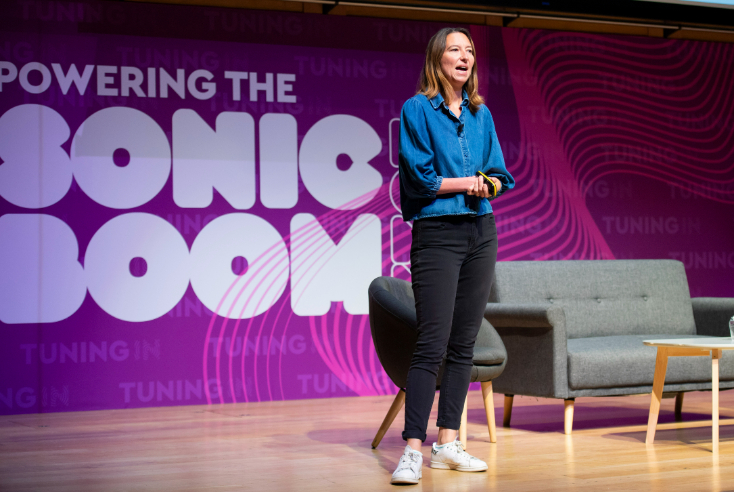 Katy Harkness, MediaCom’s UK strategy director (pictured, main image), argued attention had become “this decade’s hot new topic” and outlined how and why agencies should have a balanced approach when it comes to incorporating attention in media planning.

This was “especially important” considering how attention changes down the consumer funnel, and how different types of attention contribute towards different brand aims and briefs, Harkness told the conference yesterday.

Harkness said passive attention and active attention work in “tandem and harmony”, and media planners and buyers should make sure to not choose one over the other in their campaigns.

She joked she would be getting “splinters in her ass” from sitting on the fence by saying both sides of the “raging” attention debate were right; namely between Amplified Intelligence’s Karen Nelson-Field and Lumen Research’s Mike Follett who speak to the power of “active attention”, while former AMV BBDO exec Craig Mawdsley and other strategists and advertising practitioners say it is all about “low involvement processing”.

Harkness added: “Attention is the processing of stimulus in order to create some form of response. Something we absolutely have to remember is that attention as a human behaviour is really, really, really expensive for our body economy. It takes a lot of effort and it uses up a lot energy. Therefore, active attention is scarce and sparingly used.”

She therefore warned focussing solely on active attention not only severely limits scale but also incurs incremental costs, based on research from JCDecaux and Karen Nelson-Field.

This was because of the differences between system one and system two thinking from Daniel Kahneman’s Thinking Fast and Slow, where System One thinking which is unconscious, associative and fast makes up 95%, and system two takes effort, is slow, rational and logical only makes up 5%.

Harkness highlighted that media was “expensive enough” without all advertisers “pouring” in to the 5% of a consumer’s active attention time, and that human bodies will rely for some time on passive attention, an unchanging fact of biology.

Additionally passive attention environments, such as radio, grow short-term business outcomes “almost as much as” active attention formats, according to research by Amplified Intelligence, she said.

However, planning for active attention tends to be better for new product messages, while passive attention works well for brand-building. She recommended “striking a balance” between the two, depending on the brief, and gave specific examples of incorporating these details in to media plans.

“If you have a new product message then you need to be the active attention space, and the type of media planning objective that you might have would be that you would optimise to seconds in view or seconds being heard. The type of media buying objective might be cost-per-view-through, repeated views or some type of action. The type of content might be addressable and the context that you look for would be high impact so that you’re really cutting through.

“Whereas, if actually your brief demands a more passive attention state because it’s a more established message, or you’re always on, then the type of media planning objective might be that you’re planning to reach and to scale. Therefore, your media buying objective would be cost-per-reach, view or impression rather than cost-per-view-through. The type of content would have a much longer shelf-life and will be broadcast the type of context with the high reach.”

When asked by an attendee in the following Q&A session if she thought attention was a fad, Harkness responded she did not think it was going to change everything forever, in so much as something new will come along, but equally, she did not think it was a fad either, adding both sides of the debate are “fundamental” to how the industry goes about media planning and how she has been media planning over my 20 plus year career.”