Pride month is over – now what? 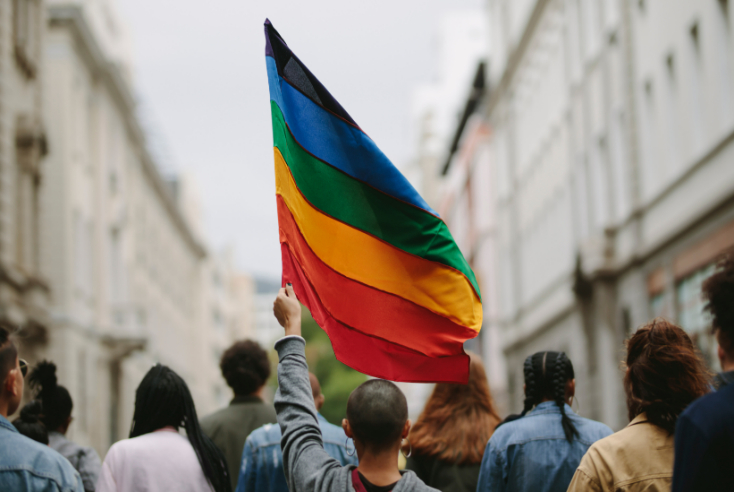 The antidote to rainbow washing? Don’t ignore the “11 straight months” of the year.

Well, that’s Pride month done and with it your logo on your email signature and across your social platforms has no doubt reverted back to the less colourful version, but I’m still gay.  I will be tomorrow too, and proudly so.

Brands need to understand that supporting diverse communities cannot and must not be confined to a specific day or month.

It’s clear from the figures that people of all ages are becoming increasingly open about their sexual orientation, so we – and it’s incredible that we’re still having to say this – need to take into account these audiences for the other so-called 11 ‘straight months’ of the year.

LGBTQ+ audiences, quite rightly, expect the kind of action, advocacy, and inclusion highlighted by brands in Pride month to be sustained the rest of the year.

Winning the hearts of LGBTQ+ consumers and their allies will be challenging without it.

And with the spending power of the LGBTQ+ community estimated to be worth £2.7 trillion globally, sustained, meaningful support for the community is simply the right thing to do – it’s a business imperative.

That ONS data also highlights the need to tell diverse and inclusive LGBTQ stories is more important than ever.

To illustrate these changing demographics accurately, more representation is needed in advertising to break down prejudice and humanise marginalised groups.

LGBTQ+ representation can serve as a motivating force for accountability and cultural acceptance – according to the Edelman Trust Barometer, businesses are more likely to influence hearts and minds than governments and news outlets – an opportunity that comes with responsibility.

In spite of this huge responsibility, a study from Unilever found that 66% of LGBTQ+ adults between 18 and 34 believe diversity is portrayed in ads “just to make up the numbers”.

A separate report into LGBTQ+ media perceptions found that while a majority (69%) believe inclusivity is improving, a significant minority (27%) have not observed any change.

Several respondents even claimed inclusion had declined in recent years – suggesting that inclusion still has far to go.

Communicating in a public and open manner, not only prevents communities from feeling marginalised, it also influences the opinions of those outside of these communities, and fosters a sense of empathy.

Hence, targeting and including both targeted people along with those who witness discrimination is equally important.  This was a core principle behind two recent TfL campaigns, Hate Crime and Sexual Harassment.

In October 2021, Wavemaker helped Transport for London (TfL) launch a campaign to tackle sexual harassment on its network.

Its focus was to educate people on the many types of sexual harassment and to encourage reporting not only from those who experience it but also bystanders, so that perpetrators can be held accountable for their actions.

Across the board reporting levels remain low with many preferring to moderate or change their own behaviour.

TfL hopes to encourage reporting from both bystanders and victims by raising awareness of the issue along with TfL’s zero-tolerance stance on the issue.

In the capital, over half (55%) of female Londoners have experienced sexual harassment on public transport, according to a 2020 YouGov poll, and 21% of men (the research and its outcomes did not consider people outside the gender binary).

It can happen at any time of the day and in any month of the year.

It’s not the responsibility alone of those who are targeted to de-normalise the acceptance of these behaviours. We must all play our part in changing the culture and challenging this behaviour.

With its ongoing work to speak to and represent all types of Londoners, TfL is committed to speaking out publicly and stamping out the behaviour through supporting each other and the power of unity

Alongside broader communications, reaching minority audiences in ‘their media’ spaces and working with trusted voices from those spaces can really elevate the power of the message. Context and the environment brands interact has always mattered but arguably matters more here.  Influential voices of the LGBTQ+ community have perspectives and powerful lived experiences they are willing to share if they believe it can make a difference.  As long as advertisers are prepared to truly collaborate rather than impose a narrative, the result is a more meaningful experience that feels authentic to the publisher and community where it’s being experienced.

Consequently, Wavemaker and TfL have worked with podcast hosts/producers in campaigns targeting minority communities due to their unique ability to connect with their audience through long-form, in-depth and sometimes intimate content.

While it’s easy to get lost in audience segments and personas as a media planner, podcasts help you recognise the person at the other end; it feels very human and more real.

Wavemaker has previously worked with shows focused on conversations and stories from LGBTQ+ icons and allies such as  A Gay and Non-Gay, Black Gals Livin’, and the recent first long-form podcast to use 3D spatial audio Homo Sapiens.

Identifying and working with these spaces in this way does take more time but is far more powerful and personal than simply buying the ad space for your LGBTQ+ ad during Pride month.

Finally, you better ensure your ducks are in a row and your brand is doing everything it claims it’s doing.

To be truly supportive of the LGBTQ+ community, there needs to be meaningful action, policies, and purpose beyond the outward displays. So, no performative statements.

It’s more meaningful to show support for the community by implementing long-term company initiatives that will benefit LGBTQ+ individuals.

For brands, participating in Pride Month can have a lot of power, and it is important for employees and consumers to see that support.

But if a brand doesn’t have a committed 365-day-a-year plan for LGBTQ+ inclusion and representation they can point to with conviction, they need to prioritise that over a campaign, no matter how well-intentioned, or the sentiment will fall flat.

It’s the hard graft over the other 11 months of the past few years that gives brands the right to be visible during Pride.

The influx of “this month I’m partnering with” memes mocking corporate initiatives during this year’s Pride Month demonstrates that performative displays are way too commonplace and seen as insincere.

This isn’t to say brands should relegate the rainbow to Room 101.

To return to TfL, the brand installed ten rainbow roundels across London last year, but it still resonates because TfL supports and celebrates the LGBT+ community every day.

It is one of several layers in its brand communications that showcases its continued commitment to the cause.

In other words, it can’t be the strategy; rather it’s the glitter and sparkle you get to play with for doing the hard graft the rest of the year.

While there is increased LGBTQ+ representation in advertising, much more is needed for the community to feel campaigns reflect them in ways that are true, positive and inspiring.

We’re eager to see ourselves and hear our voices in ways that don’t feel tokenistic.

It’s definitely harder work (sorry not sorry) and the community has plenty of diversity within but don’t let that put you off.

Embrace it, work with your staff and your customers to build diversity and representation from the inside out.

Collaborate like we did for TfL. But commit and do it across the year, not just for Pride in June.

As the Pride hangover fades, now is not the time for all that effort to engage LGBTQ+ community to fade with it.