Pew: one-third of TikTok users regularly get their news from the platform 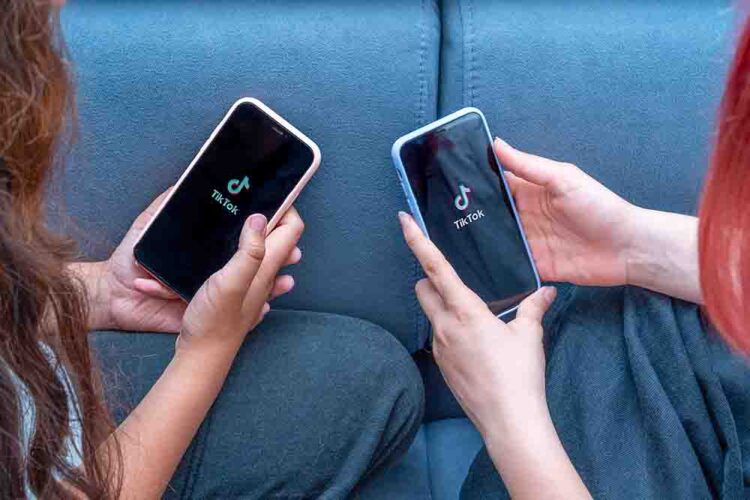 One-third (33%) of TikTok users regularly use the short-from video platform as a source of news, according to the latest survey data from Pew Research.

The survey found that half (50%) of US adults get their news from social media platforms at least some of the time.

TikTok is one of just two social media platforms (the other being Instagram) that saw an increase in regular use for news consumption. 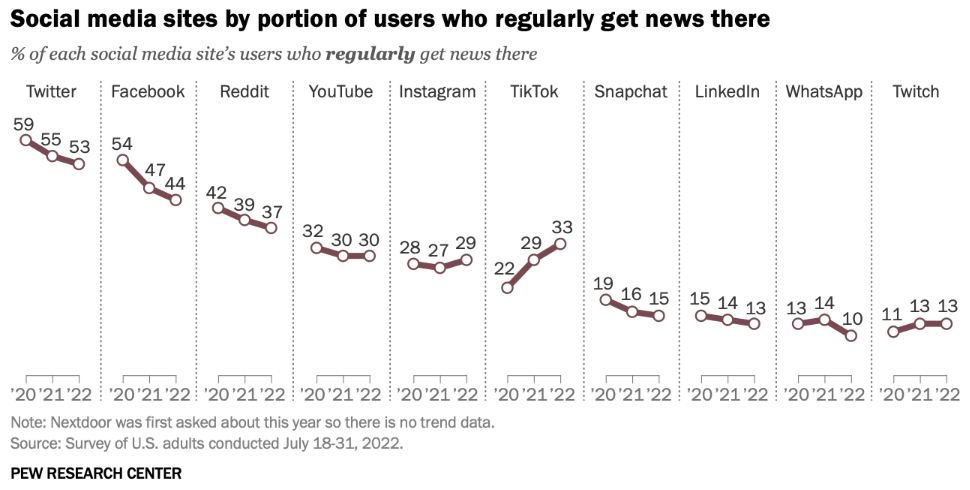 The authors of the NewsGuard report write: “The toxicity of TikTok has become a significant threat because new research from Google suggests that TikTok is increasingly being used by young people as a search engine, as they turn to the video-sharing platform, instead of Google, to find information.”

A TikTok spokesperson told NewsGuard that the company’s Community Guidelines “make clear that we do not allow harmful misinformation, including medical misinformation, and we will remove it from the platform,” and that TikTok partners with fact-checkers and “credible voices to elevate authoritative content”.

TikTok, which is owned by Chinese company ByteDance, has also come under scrutiny in recent months over national security concerns. An FCC commissioner alluded to the company as a wolf in “sheep’s clothing” after a report from BuzzFeed News detailed that US user data can be accessed from China despite the company’s prior assurances to the contrary. In the UK, Parliament shut down its TikTok account within a week of its launching over data security concerns. 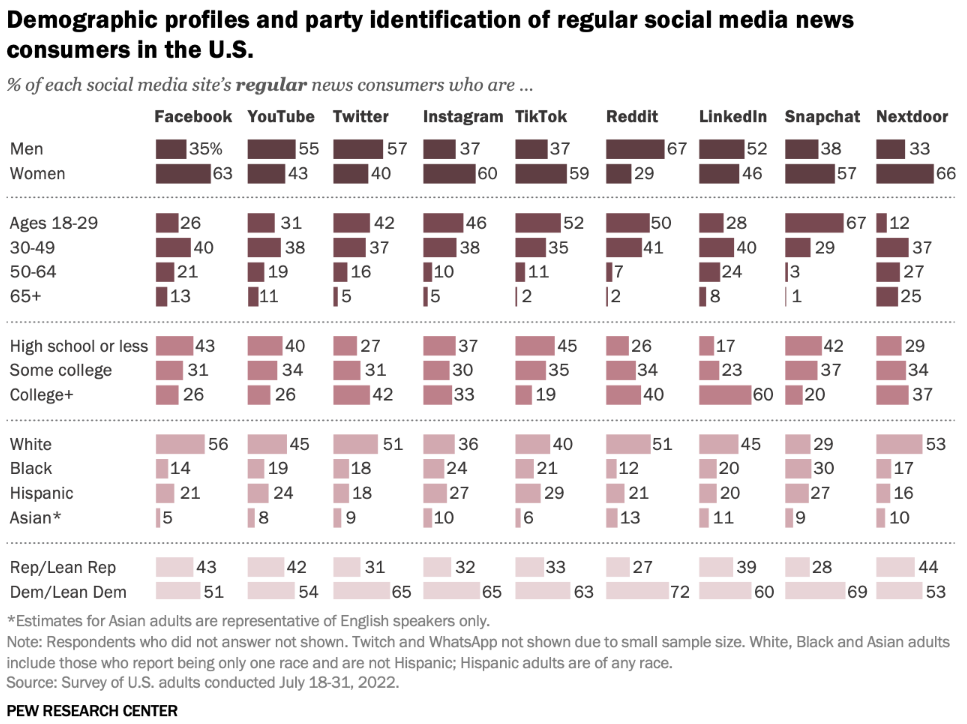 Meanwhile, Gen Z users appear to be using platforms like Snapchat (67% of 18-29 year-olds) and TikTok (52%) in greater numbers than other generations, such as Millennials, who are more likely to read news from Facebook or LinkedIn, for example.

Notably, Pew’s survey also found that no social media platform included in the study received a majority of Republicans/leaning-Republicans that use it for news consumption.

The results imply a significant difference in news consumption habits between Americans of different party affiliations.