People learn best when they are together 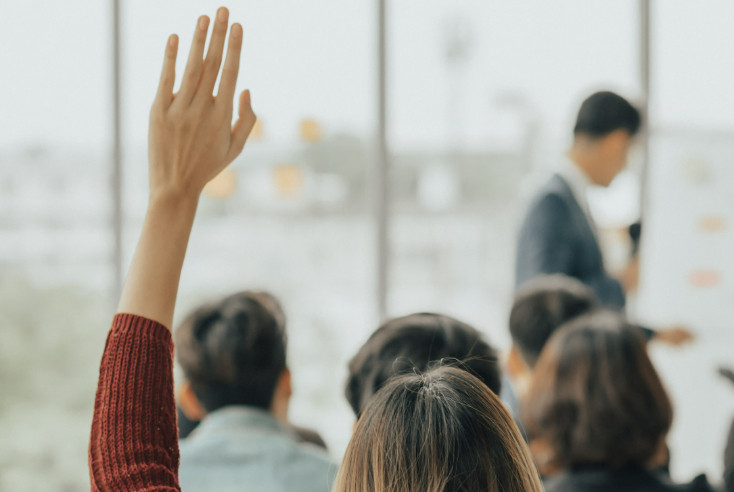 The most important issue facing our industry right now is our fractured working culture and approach to learning and development.

As we went into the pandemic with wave after wave of lockdowns there was much brave talk about ‘building back better’.

However, as we place increasing distance between ourselves and the constraints that were placed on us all, I wonder if we can truly claim to have benefitted from more flexible ways of working?

I get the sense that everyone is still trying to work it all out whilst staff report feeling exhausted, disaffected and increasingly burnt out.

When there was no other choice but to work from home in many ways it was easier to manage. People had hugely varied home circumstances, but everyone accepted that there were limits to what their company could do to support them and just got on with it.

Company balance sheets had benefited from less business travel and face to face interaction and personal finances benefitted from no commuting or holiday expenses.

Some people described having a good lockdown

There were also those who admitted, very quietly, that they had enjoyed lockdown. People had got the ‘dead time’ back they used to spend commuting and travelling between meetings. It was easier to fit in home administration around work from popping laundry into a washing machine to being at home for workmen. Exercise could be taken more easily and locally whether going for a run to visiting the local gym.

They had escaped the incessant noise of open plan offices and the irritation of trying to book meeting rooms.

Some people claimed their productivity actually increased and virtual meetings seemed to be so much more efficient. Parents were at home to see their children come home, others to walk the dog and some were emboldened to leave urban homes altogether and head for the countryside.

For a brief moment many felt they had got their lives back and were happy to live without life at the office.

Our homes became workplaces, and we became disconnected

But as time has gone on many are discovering that working from home the majority of the time has brought with it new problems.

Particularly for leaders wanting to engage their teams and build relationships and managers trying to run them.

We all understand that home culture is not the same as workplace culture. But the trauma of the past few years has not made it easy to appreciate what we lost, as well as gained, when we simply had to cope.

We have all had to go through our own individual experience of re-entering the world of physical proximity. First reconnecting with friends and family, followed by colleagues at work and topped off with an escape on a summer holiday without masks and constant Covid tests.

Breaking the habits brought on by enforced separation has taken considerable effort.

Attracting and keeping talent is the biggest game in town

The media industry is populated with a wide range of businesses with varying remits, scale of operation and future prospects. Some have head offices based in UK with an Anglo-Saxon tradition and others take direction from head offices in USA, Europe or Asia Pacific.

Some have tried to coax their people back to work with incentives, others have simply insisted on it. However, what all of them agree on is that their success will only be as good as the quality and commitment of the people who work there.

Everyone knows that attracting, keeping, and developing that workforce is going to require a different approach to what has gone before.

This is not simply driven by different generational attitudes, but also by the realities of full employment and the challenge of trying to adapt to an increasingly virtual workforce.

Leaders and managers have been brought up in an age when people automatically turned up, thereby making many aspects of oversight, and creating a team culture easier.

So the big question is, what more can be done to bring people together and create unique, productive, and powerful cultures?

It’s harder to learn on the job in isolation

Let’s think about learning and development as major area of opportunity. A commonly held belief is that 70% of knowledge comes from challenging experiences and assignments, 20% from interactions with others, and 10% from coursework and training.

That high 70% score is based on the idea that we learn from doing, refining, and improving. And that some of our best learning experiences come from our mistakes.

But here’s the thing. That model was based on research in 1996, amongst 200 executives self-reporting how they believed they learned. It was an idea that caught hold and justified spending less on formal training, encouraged more thoughtful work allocation, the assignment of special projects and the widespread introduction of mentoring schemes.

Digital training modules have their limits

Over the past few years, it has become increasingly common for that ‘20%’ training available for middle and junior staff to be online, self-serve, and in their own time. Relying on all that on-the-job feedback and support that used to flow so effortlessly when teams worked in close proximity as the key plank for learning and development (the 70%).

Now we have a world in which people sit alone in front of their screens for much of the time.

They are not getting a constant flow of feedback, the opportunity to review workplace interactions or ask for on the spot advice. They don’t overhear the conversations of other, join in spontaneous discussions about issues, nor pick up on all that valuable information we glean in the margins between formal meetings.

And then we ask them to do all their learning through digital platforms too.

We have to be together to learn together

Learning and development relies on so much more than the simple transfer of information.

We all watched how much children were impacted when they didn’t go to school and were reduced to online interactions with their teachers and classmates. Why do we think adults are any different?

We learn best when we can discuss, compare notes, get other perspectives, socialise, make friends, feel encouraged, make mistakes, and admit we don’t understand.

That is not a process easily delivered at a distance. Schools and colleges are also places where community and a sense of belonging is fostered. That has value in our workplaces too.

The importance of fostering time together leads me to believe that the media industry needs to rethink its investment in, and attitude to, training and development.

It has to design back in the need to meet in person. Leaders and managers need to be alert to the fact that people may be doing their work, but they are not learning as much as they used to on the job.

You can manage people virtually, but that doesn’t mean they are progressing in their job at the same rate as they used to.

Yes, ultimately everyone is responsible for their own motivation to learn and develop their skills. We each still need to make the effort to read and study independently on our own.

However, employers have a vested interest in both ensuring they have highly skilled people and fostering a connected and happy work culture.

A director at Unilever years ago told me that the fantastic training provided by their highly regarded Marketing Academy was in fact the glue that held the company together. By bringing people together to their wonderful facilities to learn, they not only ensured brand management was well taught, but they also shared common values and encouraged networking and the development of strong working relationships.

In a world that is changing as rapidly as the media industry, we would do well to relook at the role of learning and development as a lever to bring people together and strengthen our fragile workplace cultures.