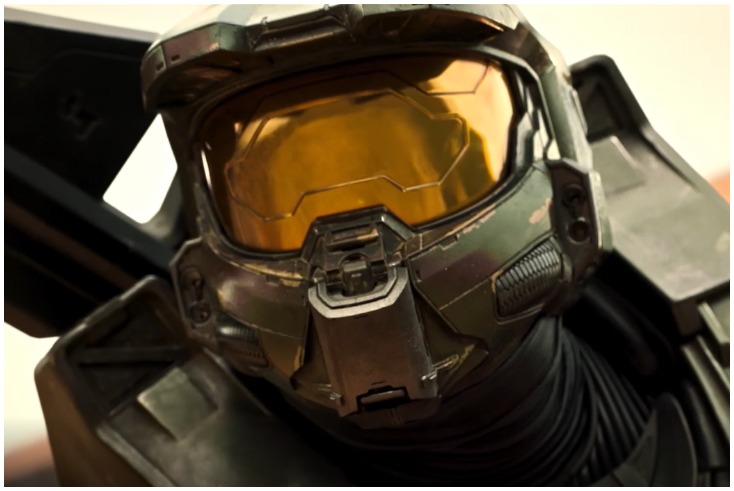 Paramount+ is now the fifth largest SVOD service in the country after its recent launch in the last quarter, and has already overtaken Discovery+ and Apple TV.

This is despite the cost-of-living crisis and “content fatigue” bringing about a decline in the number of video-on-demand (VOD) enabled households in the UK, Kantar’s latest streaming data has revealed.

Paramount+ was responsible for just under a quarter of all new subscription video on demand (SVOD) subscriptions in the third quarter of 2022, the first quarter of data available since its UK launch.

For Paramount+ to leapfrog Discovery+ and Apple TV+, both who have been present in the market for well over 12 months, was described by Kantar as “an impressive feat”. However, most Paramount+ subscribers are accessing the service via a deal with Sky TV, as Sky Cinema customers are able to access the service at no extra cost.

Halo (pictured, main image) was cited as a strong draw for new Paramount+ subscribers, with 25% of their new content-driven subscribers citing the title as their key motivation for joining, whilst Star Trek: Strange New Worlds also performed “impressively”.

However, a total of 95% of Paramount+ subscribers were already subscribing to one or more subscription streaming service, so the service brought “negligible number” of new streaming households.

This meant “subscription stacking” slightly rose on the previous quarter, with the average VOD-enabled household having 2.5 subscriptions in Q3 222 compared to 2.4 in the preceding quarter.

In addition, the research found Disney+ kept its top spot in terms of subscriber advocacy or net promoter score, although Netflix has reduced its gap since its low in Q2 2022.

Disney+’s average monthly churn fell to 1.7% while it continued acquiring subscribers. It was the fastest growing major service in Q3 2022 excluding new launches.

Between July to September 2022, HBO’s House of the Dragon (pictured, main image), available on HBO Max in the US and NOW in the UK, was the most enjoyed SVOD title, followed by Amazon Prime Video’s Lord of the Rings prequel spinoff, The Rings of Power.

Kantar’s Entertainment on Demand survey has reported a marginal (1%) decline in VOD households to 16.2 million in the autumn compared to summer. A VOD-enabled household is defined as as one with at least one video-streaming service and comprises 56% of households in the UK (or 16.2 million).

In the same timeframe, the number of subscription video-on-demand (SVOD) subscriptions in Great Britain went up by less than 1% (a 108,000 increase) to 28.2 million compared to the previous quarter.

The report also founded “some degree of market stabilisation” after consecutive declines in subscriptions and increases in intentions to cancel subscriptions over the last year.

Dominic Sunnebo, global insight director, Kantar, Worldpanel Division, said: “There are a number of dynamics at play in the market, such as the cost of living crisis and subsequent ‘cord-cutting’, as well as a degree of ‘content fatigue’, experienced by some VoD viewers, which has resulted in an overall drop in household SVOD penetration.

“However, the launch of a new streaming service into the UK market has been relatively successful, suggesting that fresh content is still a key attraction for British viewers.”

He added: “Netflix accounted for just under one in four SVOD churners in the latest quarter, but what’s key here is that 45% of these Netflix churners dropped out of the SVOD market altogether. Data indicates that viewers did not switch to a competitor, or use a secondary streaming subscription; rather, they left the SVOD market altogether, reverting back to either pay TV or linear TV.  In fact, 38% of Netflix customers only have a Netflix streaming subscription, and these ‘solo streamers’ are making up a disproportionate number of Netflix churners.”