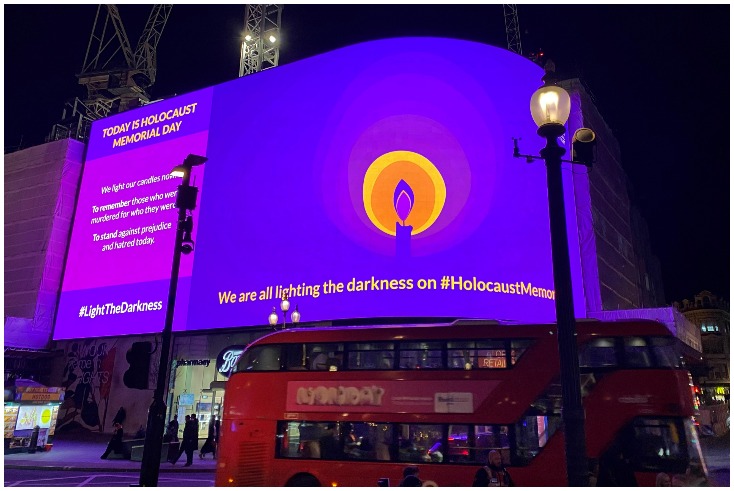 The Holocaust Memorial Day Trust has commissioned a nationwide multimedia campaign to remember victims of genocide.

Landsec, owner of the Piccadilly Lights, gave the space for 15 minutes to show photographs of Holocaust survivors from 7.50pm before the screens were taken over by images of glowing candles. 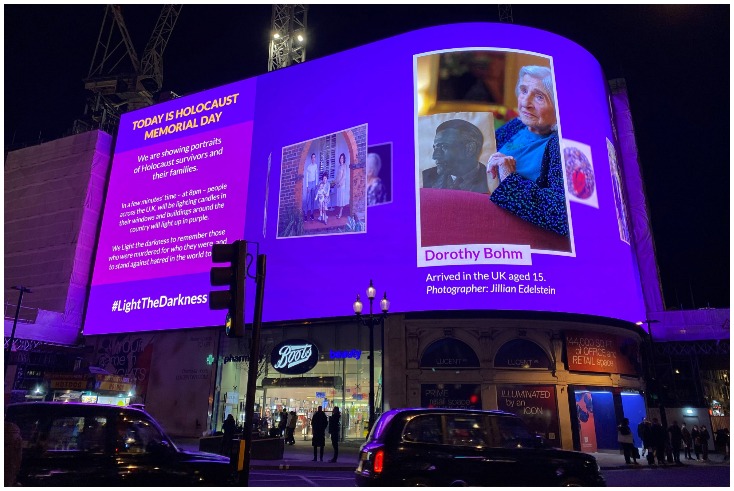 A group of nearly 30 survivors and their families attended the event and lit their own candles as others were encouraged to put a candle in their windows at 8pm across the country.

Meanwhile, the BFI IMAX turned purple for 65 minutes, with more than 34 other national landmarks including the House of Parliament, BT Tower, Edinburgh Castle, Blackpool Tower and the Liver Building (pictured below) to mark the event. 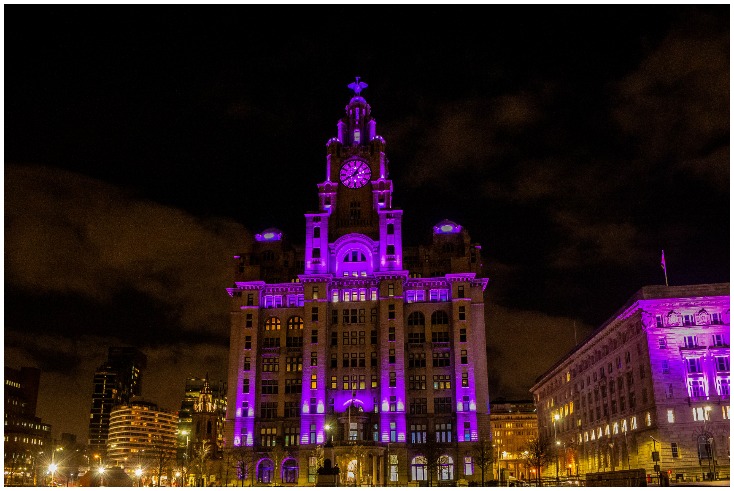 Online and print activity included Twitter developing a dedicated emoji, a candle with a purple flame, Holocaust Memorial Day Trust taking over one of LADBible’s social media accounts the day and the Royal Mail producing a special postmark with the strapline ‘Light the darkness’.