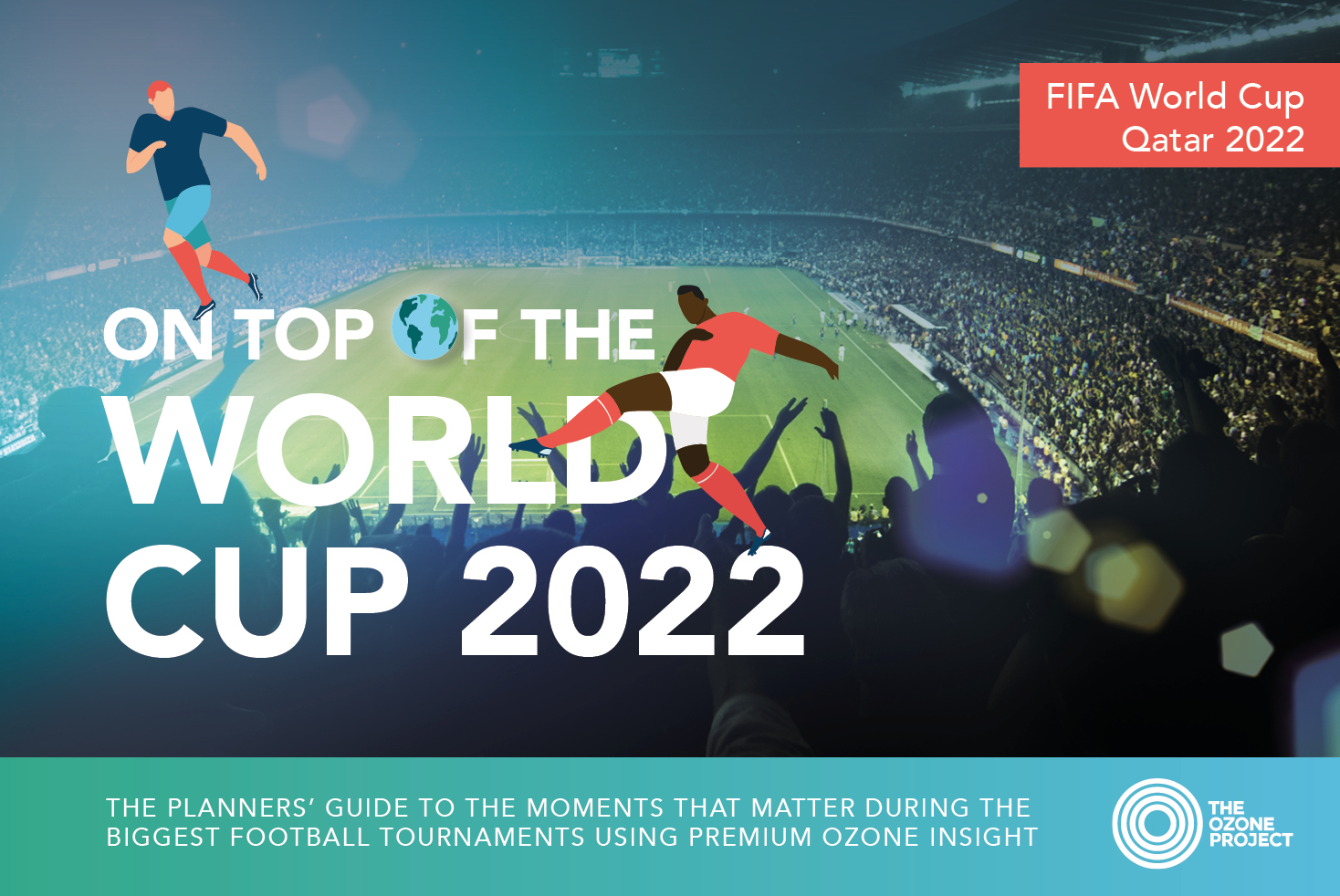 Plan the perfect goal-scoring World Cup campaign with Ozone this winter. Our analysis of audience engagement during football’s biggest tournaments is sure to net you a winner.

There’s nothing quite like a World Cup year. For millions of football fans –  from the die hard to the fair-weather –  the quadrennial festival of elite, international footballing excellence promises almost a month of total escapism, joy and probable hurt –  56 years and counting for fans of the Three Lions; while for the Dragons, it’s their first appearance for 64 years.

2022 will also be a first for brands as competition for consumer attention during the World Cup is set to be doubly competitive – it is happening in the midst of the Christmas golden quarter, after all. While the busiest time of year will be busier than ever, there will be many opportunities to connect with football fans engaging with the tournament. With four games per day, scheduled at 10am, 1pm, 4pm and 7pm UK times, football will be near omnipresent.

And Ozone’s premium publishers, with a brimful of punditry talent, will be building up to, reporting on and analysing every aspect of all of the footballing action.

As such, we’ve analysed audience engagement across Ozone during football’s biggest tournaments to give you some of the planning insights you’ll need to fire up your winter World Cup campaigns. And what better tournament to focus on than Euro 2020, which was the one of the key sporting and cultural moments that mattered most to 24 million Brits last year.

Across Ozone, nearly as many people read about Football as News & Politics – our single biggest content category – during the tournament.

Whatever your campaign goals, be the brand to provide inspiration during the moments that matter throughout the tournament from the first kick to last cheer.

Ozone can create a bespoke solution to connect you to its football audience during this year’s World Cup, but here’s some insight-led activation ideas to get you started…

All of this insight is captured in our latest report: On top of the World Cup 2022 with Ozone. Download it here or contact hello@ozoneproject.com to speak to a member of the Ozone team.