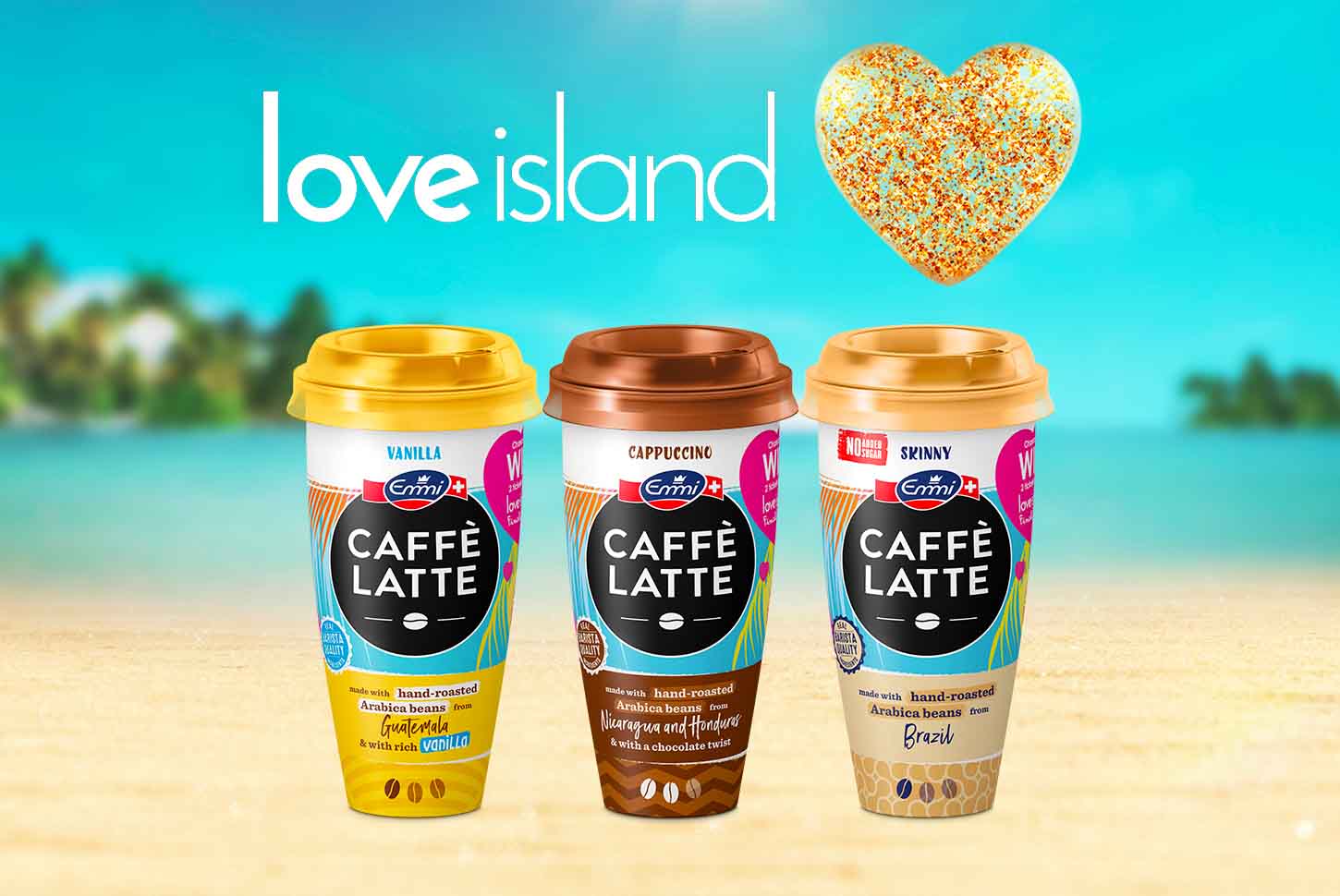 As an “official coffee partner”, the deal marks the brand’s first first major marketing initiative in the UK. It was brokered by indie media agency Electric Glue, which was appointed last Autumn after a competitive pitch and began media planning and buying for sister brand Onken.

Pippa Glucklich, CEO at Electric Glue, said: “Drinking iced coffee has been a central part of the show and in our consumers’ lives, so it’s the ideal place for Emmi Caffe Latte to be.”

In previous series of Love Island, in which men and women are encouraged to meet the “love of their life”, it became a regular occurrence that female contestants would have an iced coffee delivered to the terrace or dressing room by one of their would-be partners.

Advertising and marketing is being produced by ITV’s in-house agency, ITV Creative, and will feature a “Made with love” campaign slogan across linear TV and video-on-demand. The Emmi Caffe Latte brand will also be visible on the Love Island app, website and social media platforms, as well as on-pack promotions in supermarkets for prize draws to win tickets to the Love Island final.

The show, which returns for its eighth series on Monday 6 June, has also secured Reddit as an “official fan partner” and eBay as a “pre-loved fashion partner”.

Since 2019, Just Eat as been the lead sponsor for Love Island, which is a rare ratings-winner among younger audiences on UK broadcast television.