New hope for a new year 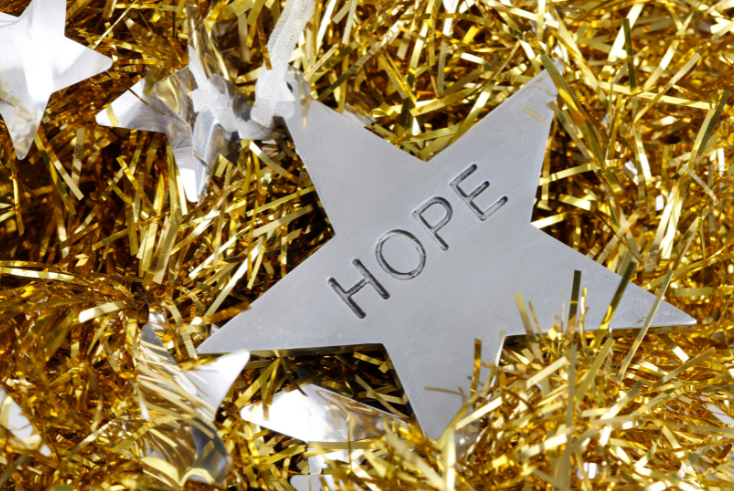 Raymond Snoddy provides his hopes for the year ahead before offering advice to newspaper bosses on how to keep at bay the medium’s long predicted demise for another 50 years.

Predictions, especially about the future can be a very hit and miss affair, as everyone knows. The latest heroic efforts to come to light were made in 1923 about the world we would inhabit in 2023.

Some were daft and over-optimistic — that by now we would all be beautiful and that cancer would have long been totally defeated.

One was notably accurate — that by 2023 we would all have small radio-like devices for personal communication.

Another prediction about the future of the media was splendidly, spectacularly wrong.

Even though the forecasts appeared in newspapers of the day, it was confidently predicted that by now newspapers would have been dead for the past 50 years.

It is worth pausing for a moment to celebrate the unexpected longevity of newspapers and the growing influence of their online iterations, before addressing the changes needed if that remarkable longevity is not going to become a thing of the past.

First however, it’s time to leave predictions behind and move into the realms of hope for the media in 2023.

The biggest hope of all is that news brands can increasingly concentrate their still considerable resources on the most important and ultimately relevant targets.

Trust, accuracy and credibility remain the most vital currency of all publications, certainly when competing against the endless swamp of the Internet.

We can hope surely that the media can do a better job of mobilising society against the existential threat of climate change. Pictures of green ski slopes in the Alps and temperature charts showing shockingly high current temperatures across Europe are all very well. But sustained analysis on what it all means and what has to be done urgently is still in the ‘could do better’ category.

Is it also not unreasonable to hope that this is a year when the media wakes-up to the fact that Covid has not gone away as scientists express increasing concern that Covid can be found in every organ of the body 12 months after even a mild infection. That’s even before considering the possible impact of new and even more deadly variants of the virus.

Can we hope that newsbrands might actually encourage their readers to return to wearing masks in crowded places such as trains — when they are running of course?

That leads to an even bigger hope that the right-wing press in particular, manage to focus a little more on the reasons underlying such a multitude of strikes in the public services, rather than trying to demonise those withdrawing their labour.

Society is coming close to being dysfunctional while the Government sits on its hands and newspapers such as The Sun and the Daily Mail are far more interested in the relationship between Prince Harry and his father and brother.

Is such an emphasis a deliberate attempt at distraction from the woes of a questionable Government, or do they think their readers have had enough of harsh realities and might prefer a bit more Royal scandal?

Is it unreasonably to hope that the right-wing newsbrands might think a little more carefully about declaring the NHS dead and in need of privatisation along the lines of the malign prescriptions wafting out from the think tanks of Tufton Street?

They could also think a little more carefully about how 12 years ago, the NHS was rated the most cost-effective health service in the world with rapidly falling waiting lists and, how precisely it could have now sunk to being an also-ran.

Is it too much to hope that this year the media groups who campaigned so vigorously for Brexit might finally admit they were wrong and the lives of their readers were, and still are being damaged as a result?

How about giving some thought to academics who estimate that 75% of the current ills of the UK economy are down to Brexit, a long way ahead of the impact of either Covid or Russia’s invasion of Ukraine.

There is the small problem that the cost of Brexit already surpasses the cost of EU membership from 1973.

A former president gets his comeuppance

It’s more like a dream than a hope that Donald J. Trump will end up in jail this year from any of the 56 separate varieties of potential charges available to prosecutors.

Insurrection for his involvement in the events of January 6th would be most satisfying but do not underestimate taxes. They never got Al Capone for murder. He ended-up in jail for not paying his taxes.

Can we also hope that a good home can somehow be found for Twitter, still reeling under the bizarre activities of Elon Musk.

Those still surviving the capricious Musk regime insist there is absolutely no plan and that Musk moves from whim to whim on a daily basis. That’s no way to treat such an important communication channel.

You can get carried away by hope, as all supporters of inconsistent football teams can testify. But really, it is long overdue that the billionaire owners of the technology giants look themselves in the mirror and consider the effects of what they do, both on society and the media, and act. This is particularly pressing on the damage caused to children and, economically, to the established media.

We can only hope that finally they see the wisdom of being upright members of international society rather than having to face being hounded by regulators with multi-million fines.

The end of a love affair

We can also hope that the marketing community’s long love affair with performance advertising, concentrating on instant gratification from what is easiest to measure, will finally start to wane. Half the time anyway, they are only hoovering up existing customers.

Here, there is real cause for hope that the smarter players are beginning once again to value long-term brand-building rather than behaving like impulsive toddlers who want it all now, whether it is valuable or not.

Even some of those who have been most addicted to the instantaneous in the past, such as Google and Facebook, are now awakening to the need for, and power of, brand building.

Stepping back, the fact that newspapers have survived for 50 years longer than predicted in 1923 is seriously impressive.

Misleading readers for reasons of either political prejudice, or ignorance, on the most important issues facing the country and the world is a perfect recipe for inevitable decline and ultimate extinction.