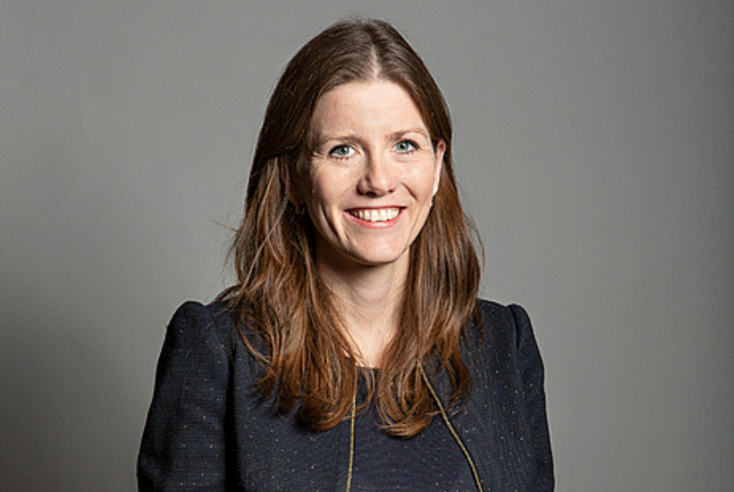 The new Culture Secretary Michelle Donelan is already a proven upgrade on her predecessor Nadine Dorries. However, she suffers from several of the same delusions.

After little more than two weeks, it is safe to say that Michelle Donelan, the new Culture Secretary, has proven herself far superior to her immediate predecessor Nadine Dorries.

The evidence is compelling, if not exactly comprehensive. It is based almost entirely on a single interview with Nick Robinson on Radio 4’s Today programme. There is also a little bit of further circumstantial evidence.

Donelan’s masters were confident enough about her ability to release her on BBC Television’s One O’Clock News to deal with general questions about Government policy including the economy. She did fine.

Dorries, who was always little more than the collection of her media prejudices, underpinned by unusual examples of ignorance, would not have done so well.

Donelan, who has a smattering of media marketing experience at World Wrestling Entertainment, Marie Claire magazine and the History Channel, said a most important thing during her interview.

The former Universities minister, and Education Secretary (for two days), said: “I am the type of politician that bases their decisions on evidence, on listening and that is what I will be doing.”

Many a politician has said such a thing before and based their subsequent decisions on neither evidence nor listening, but in these early days as the 11th Culture Secretary in 10 years, Donelan should be given the benefit of the doubt.

The Culture Secretary, should then in turn, be judged by the evidence of her decision-making.

It is enough for now that she has agreed to review “the business case” for the decision to privatise Channel 4.

An honest review, the very thing she promises, would find an overwhelming case for leaving well alone. It will not take long for Donelan to find out that there is near universal opposition to privatisation from broadcasters, independent producers, particularly small indies, and all sections of the advertising industry.

There are supporters of privatisation — most of them involved in trying to buy the channel at a knock-down price.

One of the first people the Culture Secretary should listen to is John McVay, who has spent half a working life running PACT, the independent producers’ group.

McVay notes that Prime Minister Liz Truss wants to see growth above everything, and that the best way to ensure Channel 4 continues to grow in the UK, and in international programme markets, is to leave Channel 4 in public ownership.

The case for privatisation was essentially based on the malice of Boris Johnson, echoed by Dorries, his uncritical acolyte.

Donelan, the first of her family to go to university, is in a lucky position over the Channel 4 decision.

She has already been given the freedom by Liz Truss to review the decision with the Prime Minister, declaring she has not finally made up her mind on the issue.

With an endless number of really weighty problems facing the Government, Truss scarcely needs a niggling battle over the privatisation of Channel 4 like an unwanted cherry on the top.

Donelan could do the right thing and become a media legend in her own lunchtime by finding that the business case — and there really should be no other case to consider — does not exist.

Even a Scottish-style verdict of not-proven should mean that at least a version of the status-quo, in terms of ownership structure, should survive.

The future of the BBC and its licence fee is much more problematical for Donelan, and almost anyone trying to design future-proof funding mechanisms for the Corporation.

Donelan says she has long been a sceptic about the licence fee but that is a lot different from Dorries declaring, without thought, consultation, or advice that the current licence fee will be “the last.”

No one will complain if Donelan does as she has now promised, and make decisions based on evidence after listening to what people have to say.

Unfortunately, she suffers from several of the delusions that so exercised her predecessor.

The first is the Netflix/Amazon fallacy — the daft notion that the success of international providers of subscription entertainment programmes in some way undermines the rationale for a universally available nation public service broadcaster.

Nick Robinson had to gently point out to the Culture Secretary that the likes of Netflix or Amazon wouldn’t, couldn’t and above all didn’t, cover such a national, and international event as important as the Royal Funeral, something that will live long in the memory.

The choreography of the funeral and mourning of the death of Queen Elizabeth II was pitch-perfect, as was the broadcast coverage with the help of the combined cameras, and inspired cinematography of the BBC, ITV and Sky News.

Donelan had the decency to praise the “splendid” coverage of the BBC, which attracted a peak audience of 19.5 million and an average 12.9 million across the broadcast.

She has to be aware that such splendid coverage does not happen by accident but springs from the skills, training and professionalism of hundreds, if not thousands of people in a well-funded institution.

There is another sub-species of the Amazon/Netflix fallacy that Donelan is prone to: the choice delusion.

The greatest choice of all is the vast range of genres and programmes on offer, from journalists risking their lives in Ukraine to the work of the youngest local radio reporter, comes from public service broadcasters such as the BBC.

The only choice that is denied is the choice of not paying, not supporting, a key national institution which provides far more than entertainment and should be seen alongside the funding of education and culture.

Those without children do not have the choice of not paying for schools and those who never go to museums or art galleries cannot escape contributing to their funding.

If Donelan listens and judges on the evidence, it will soon dawn on her that the challenge is to find the best possible way of funding a universal service available to everyone and is one paid for by everyone, whether it is via a licence fee or an alternative such as a household charge, enforced by law if necessary. Anything else would lead to the slow death of an important institution.

Surely, in the wake of the events surrounding the death and funeral of Queen Elizabeth II and the accession of Charles III, that is not something that Donelan would want to be remembered for.

There is a good chance she is capable of rising to the challenge.