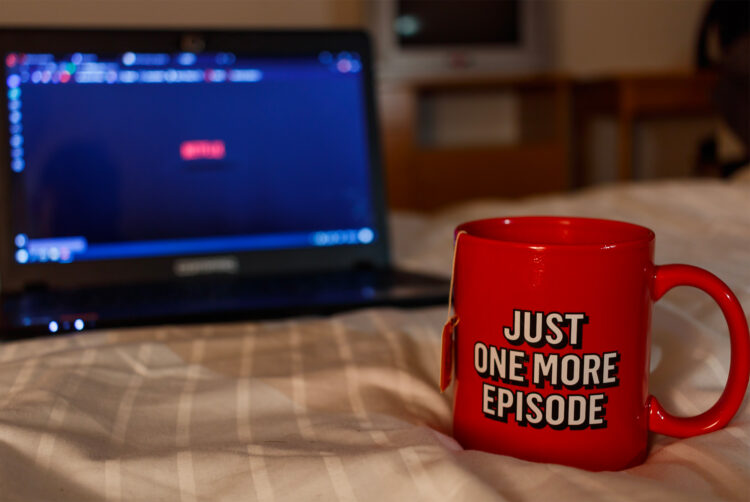 But now there is light at the end of the tunnel as the streaming service looks to add advertising to its platform.

When Netflix announced that it lost over 200,000 subscribers for the first time in 10 years, the outcome was brutal. A $50bn loss of revenue, 35% stock price decrease, staff lay-offs and industry conversations about what the juggernaut that has led the pack for over a decade would do next?

It is interesting to observe how Netflix attempts to close this gap because they have both behavioural and commercial solutions. Specifically, Netflix hinted at “clamping down” on password sharing and introducing a lower-tier subscription model that would introduce ads.

Now, let’s cast our minds back to 1997 when Netflix was founded. One of the unique selling points, albeit by mail then, was that there were no ads. People could get the content they loved and watch it at their pace. Even up until last year, Netflix proudly stated, “We are about flat-fee unlimited viewing commercial-free.” So, what changed? Netflix fell into the same trap they capitalised on decades prior; they didn’t evolve. This time the critical area for evolution is subscription behaviour.

Netflix was a pioneer in subscription behaviour and became its victim

Subscription behaviour wasn’t a thing in the 1990s. Netflix and Amazon were just getting started, and the likes of Uber and Spotify wouldn’t join the party until the 2000s. So, it is understandable that the focus was technological innovation and an aggressive growth strategy in emerging markets.

However, disruption comes at a cost. As technology advanced, so did consumers, analytics and the marketplace. It wasn’t long before the industry took note. When the great content equaliser COVID-19 entered the arena, it was only a matter of time before the wheat was separated from the chaff, and unfortunately, this time, it was Netflix’s turn.

The three key questions that seemed missing from Netflix’s ability to change were:

Ironically, Netflix’s domination of streaming services was established by a single innovative solution to all three questions but not now. They are trying to hold their position. Competing with everyone wasn’t so risky initially because there weren’t many competitors.

But, today, almost every network has a streaming service. In addition, with the likes of YouTube, Audible, Kweli TV and other platforms, content consumption is multifaceted, and subscription behaviours are complex. The one constant is ads. Ads have always been a viable revenue stream, and the reality of Netflix’s situation has forced them to see the light.

Ads are the light, and Roku may be the door

Netflix has always maintained that streaming entertainment is replacing linear TV. A key component to linear TV survival has been and continues to be ad spend. Brands speaking to consumers and linear TV providing the channel for their voice have been mutually beneficial for decades.

Introducing ads is an immediate quick win, but how this can be done while maintaining the integrity of what Netflix pioneered will require consideration.

Netflix has been intentionally vague about the approach they want to take. Whether it be their investor questions or their Financial Statement announcements, the door for ads is open and the approach measured. Rightly so, because Netflix now understands technological innovation and leveraging subscription behaviour to their advantage is essential.

It is no surprise then that Netflix is rumoured to be acquiring Roku. Since 2015, Roku has built a substantial ad business. Roku’s streaming platform boasts a reported 60 million active users.

Two critical points for this deal that makes the potential acquisition of Roku an intelligent move are, first, Roku users are used to ads being part and parcel of how they consume their content. Second, Roku’s stock prices have plunged for the past 10 months, affecting the company’s valuation. If an acquisition of Roku is on the cards, with one deal, Netflix closes a significant hole in their strategy while allowing time to be future-focused.

Whatever the outcome of Netflix’s decision on ads or if they acquire Roku, we have another industry example teaching the same lesson, lack of evolution comes at a cost.