Media’s carbon numbers may be shocking, but there is a way forward 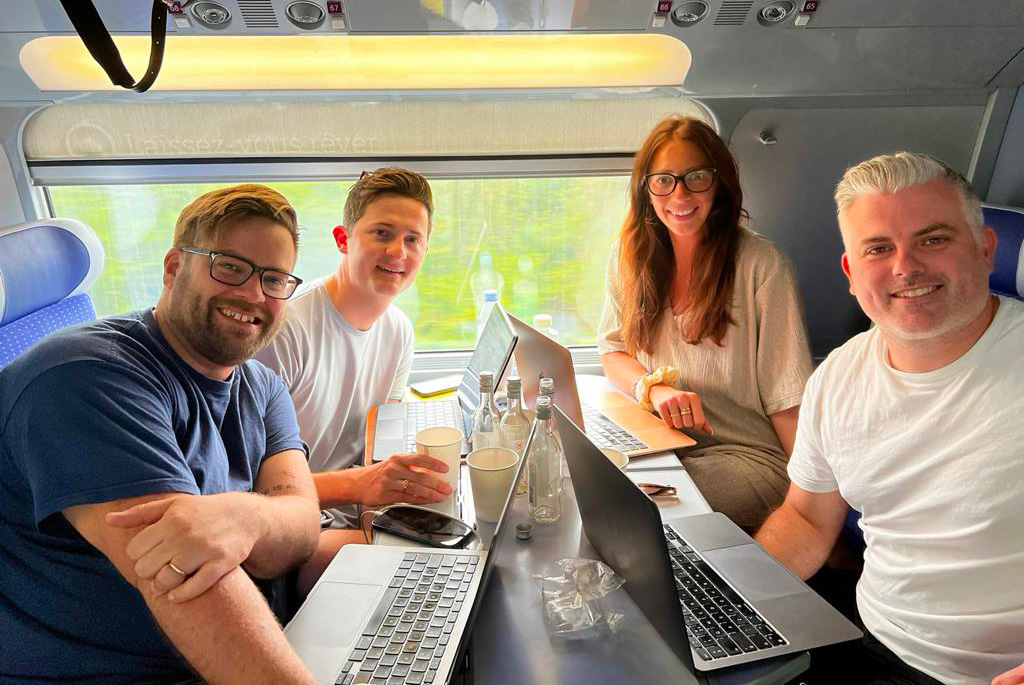 A flying trip to Cannes is even worse for the planet than you think. Our industry has a carbon problem but we can hit net zero all year round by making fundamental changes.

There are two prestigious weights that come with attending the Cannes Lions International Festival of Creativity; the weight of history that the event holds that builds sheer excitement in the anticipation of arriving, and the other weight that no one really wants to talk about – the carbon footprint that such an event creates.

My first thought wasn’t that we shouldn’t go –  how could we, as Mobsta, who are continuing to find solutions to reducing emissions through every move we make, make this trip and stick to our guns?

But there is a way.

Over 15,000 registered attendees from 90 countries will be making their way to the Cannes this year and over 10,000 of those will travel from outside of the UK. That prestigious weight really starts to mean something quite shocking when you dig into these numbers further.

To understand the true impact, we have not only considered travel emissions via air, we factor in the entire end to end process (as we have with our Mobsta carbon calculator). This included all taxis to and from the airport and a comparison of individual bedrooms in the Croisette’s chic and elegant hotels to a two-star apartment that can hold a larger team.

Thanks to our partners ZeroBees – we have worked out that when traveling by air and taxi, one way, the amount of carbon emissions per person is 184.2 kgCO2e compared to traveling by train one-way, which is significantly lower at 6.6 kgCO2e. And, of course, you can double it for a return journey.

The fact of the matter is train travel is 28 times less damaging for the environment that air travel.

When you factor in a stay in a two-star hotel for five nights the total is 23.6 kgCO2e per person following a train ride compared to a five-star stay, having flown in, coming in at a whopping 428.6 kgCO2e.

Two people on the same trip would emit nearly a whole tonne of CO2e from flying in and staying on the Croisette compared to under 50 kgCO2e. That’s the equivalent of an average person’s monthly carbon footprint.

Getting the train to Cannes is the single biggest change you can make in any future trip you make. And at eight-and-a-half hours from St Pancras, it’s only marginally longer than the time taken at the airport, flying, getting through passport control and a taxi from Nice airport. Plus you get to write a nice article about your journey while eating a Croque Monsieur and drinking a glass of rosé.

If we could convince every European attendee to consciously travel by train rather than air, we could save a combined 5.3m kgCO2e. That’s the equivalent of charging 1.5 trillion smartphones.

The lockdowns of gave us at Mobsta an opportunity to re-assess our responsibilities as a business –  to our people, our clients, and to the community around us and to our planet. After a comprehensive review of our entire end-to-end process, the net result was shocking.

Now armed with a detailed understanding of exactly how many grams of carbon are produced by every impression we serve, we can provide a completely unique currency for the media-planning process. Where a single MPU results in one ‘standard carbon factor’ of emissions, a single 30-second native video results in emissions 203x greater than that.

This level of understanding means we’re able to tailor our media plans to ensure we reach the right audience, with the right message, and now with the minimal impact to our planet.

Of course, there will always been some carbon produced by the advertising process. So in order to truly achieve net zero, we’re going one step further and investing in Gold Standard carbon credits (rounded to the nearest whole tonne) to counteract our residual emissions, and pass these carbon credits to our clients alongside their fully-weighted carbon impacts (ads served impact and central carbon overhead).

In a recent campaign for Sky Glass, the world’s first carbon neutral TV, our media resulted in 0.092t of residual carbon emissions. So Mobsta invested in one tonne of credits on behalf of one of our chosen projects, Terraclear, which provides clean drinking water to families in Loas. The net result of the campaign was 0.908t of carbon being prevented from entering the atmosphere beyond the carbon cost of the campaign making this campaign 10x climate positive.

To do this, we’re not increasing our CPMs, we’re not asking agencies to sign up to new trading deals or jump through new hoops. In fact, we’ve quietly been offsetting the residual carbon of every campaign we’ve ran since October 2021 and will continue to do so for every campaign we run forevermore.

We acknowledge that for the time being at least, emissions are a by-product of our business. So, to be a business fit for purpose today, we must plan campaigns with carbon reduction as a fundamental currency.