Media needs to get over its problems with WFH 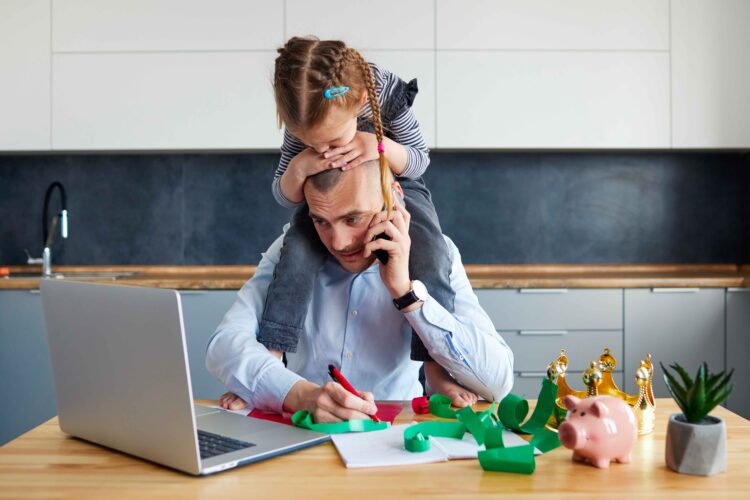 Let’s hope our media industry, famed for its creative talent and commercial acumen, can do better than our political masters when it comes to cracking hybrid working.

“My experience of working from home is you spend an awful lot of time making another cup of coffee and then, you know, getting up, walking very slowly to the fridge, hacking off a small piece of cheese, then walking very slowly back to your laptop and then forgetting what it was you’re doing.”

No, this isn’t an entry from The Secret Diary of Adrian Mole, Aged 55 and 5/12. It’s another middle-aged man with a penchant for puffy prose – Boris Johnson, in a recent interview with the Daily Mail.

When he’s not busy committing lockdown crimes or “spaffing” billions of taxpayers’ pounds on Covid equipment used by fraudsters and cronies, it seems the Prime Minister is having trouble motivating himself from the home office.

This is such a serious issue for Boris that he said nearly exactly the same thing 10 years ago while Mayor of London, when he said home-working during the 2012 Olympics would be a “skivers’ paradise”. For some reason this wasn’t noticed by the Mail’s reporter, even though it was reported by the, er, Daily Mail.

Given that every UK PM works from home because they inhabit Downing Street, it’s not a great look. For someone often described as a populist, it doesn’t seem very ‘of the people’, either. Anyone who had worked from home for months on end during lockdown in 2020 and 2021 will know how stressful it was. Particularly when colleagues are made redundant or on furlough. Particularly with bored children skulking around.

For a clue as to why the mop-haired mumbler-in-chief has such a problem with WFH, and why his Victorian-era marionette Jacob Rees-Mogg has been leaving notes for civil servants to return to the office, one need look no further than their erstwhile ally, the brain of Brexit, Dominic Cummings:

you can only understand the WFH farce if u understand this is an issue the 🛒 gets direct repeated calls from newspaper *proprietors* not just editors: 'It's killing us, tell us what you want in return but you must get commuters back' since April 2020

“The trolley” is Cummings’ pet name for Johnson because he swerves off in different directions (not because it’s shorthand for ‘off his trolley’ as I had once assumed).

It makes complete sense that Johnson, who is famed for taking immense stock in what editorials are written about him by newsbrands (particularly the Mail and The Sun), would lend him their support in the only way he knows how – an ill-conceived quote. I suppose it’s expecting far too much from our head of government to come up with new ideas and incentives to get people back into offices.

Anyone who has picked up freesheets like The Metro and the Evening Standard will know how thin the commuter papers feel. But permanent WFH is also a problem for paid-for papers, too, with significant numbers of people no longer buying a paper on the way to work.

As we saw from the latest AA/Warc numbers, news brands’ ad revenue has gone up considerably year-on-year, but is still lagging behind pre-pandemic levels. Things were so bad at The Sun last year – a tripling of pre-tax losses to £201m – that Rupert Murdoch wrote down the brand’s value to zero.

Nick Brown, commercial display director at Starcom, is a specialist press buyer and admits 2022 will be a challenging year for news brands.

However, Brown thinks newsbrands could benefit in the coming months from a surge in supermarket spend. “I can see a supermarket price war on the horizon as the cost of living crisis starts to bite,” he tells The Media Leader. “This has traditionally favoured newspapers as supermarkets aim to drive footfall from the loyal readers”

‘If you don’t let me WFH all the time, someone else will’

You can understand why there is a particular preoccupation from parts of our media when it comes to WFH.

But the truth is that WFH is generally making us more productive. Output-per-hour went above pre-pandemic levels for the first time at the end of 2021, according to the Office for National Statistics (ONS). Estimates vary but WFH also saves employees money which adds up to a real income boost over the course of a year.

And yet there is a darker side. In summer 2020, recruitment company research found that nearly half (46%) of people experienced loneliness during lockdown, which went up to nearly three-quarters (74%) for younger people. Not all of us have the luxury of a spacious home office or a long-term partner with whom to eat lunch and to take walking breaks. Not all of us have the confidence to communicate effectively over Zoom or Teams with our bosses or colleagues as we would in person.

I have spoken to dozens of media owner and agency execs about this issue over the last few months and it’s been a fraught concern for many of them.

As one ad agency boss put it recently: “Younger people care less and less about agency brands. We took some to an awards show recently and there was little interest in the other agencies and what used to be a sense of community. It’s all very transactional – I’ll work at your agency if I can do this sort of work for this sort of money. And, by the way, if you don’t let me WFH all the time, then another company will.”

Even one of London’s biggest media owners, which has one of the most enviable office locations anywhere in the world, has recently struggled to implement a back-to-work policy where people must be in the office for three days a week. A commercial boss privately disclosed that between 10% and 15% of this company’s workforce said they would rather look for another job than accept this ‘new normal’. This was before we started hearing “apocalyptic” warnings from the Bank of England about the continuing inflation crisis and the prospect of a recession.

As unfair as it may seem, those who have been showing their faces in the offices most may benefit from a presenteeism dividend when it becomes time to think about redundancies. While discrimination should never be tolerated, employers may struggle to justify keeping people around who are literally out of sight, out of mind.

Let’s just hope our media industry, famed for its creative talent and commercial acumen, can do better than our political masters when it comes to cracking hybrid working.

Editor’s note (24 May, 9am): This piece was updated to include Nick Brown’s comment.