Making Sense of it All: Pearl & Dean CEO Kathryn Jacob on why cinema is undervalued 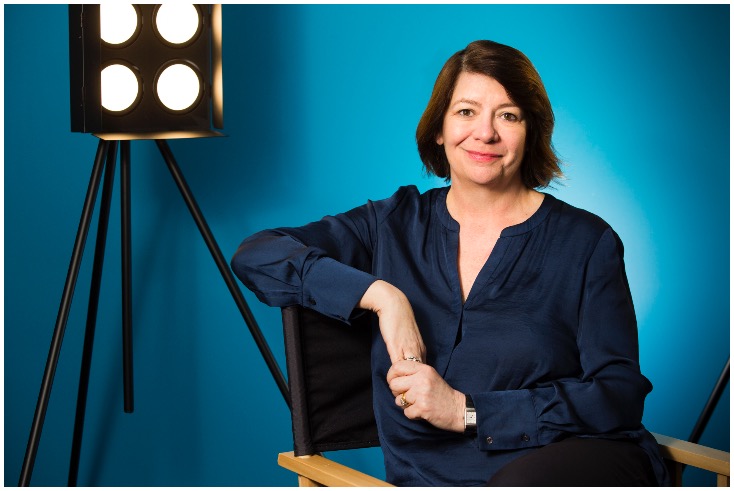 In the latest Mediatel News video interview series “Making Sense of it All” Jacobs tells Mesh Experience founder Fiona Blades that cinema is often left off the media plan first by brands because it “looks expensive”.

“But actually that’s not recognising its true value, which is the immersion,” she says. “The fact that people are in a relaxed state of mind, they’re willing to listen to the messages, there’s all of those pieces around how the frame of mind that people receive your messages in is absolutely key and also there’s no issue of bombardment.”

Watch the video below or read an interview transcript further below.

Making Sense of it All is weekly video interview series by Mediatel News in association with Crater Lake & Co. Each Tuesday, we publish interviews with the industry’s most thought-provoking marketers, agency executives and research thinkers to find out how people working in media can make sense of this ever more complicated and fragmented ecosystem.

FIONA BLADES: 2020 was going to be the year of cinema advertising and it had very strong growth year on year. Then we all know what happened, the pandemic, so how have you “made sense of it all” in that context?

KATHRYN JACOB: Well, like lots of people we had difficulty. We were predicted to be the one of the fastest growing mediums; it’s the first time we’d had that and how we made sense of it was just going back to basics and thinking right ‘okay this is where we are’ and, it’s interesting, absence has made the heart grow fonder as far as cinema is concerned.

In the last week I’ve had people ask, ‘when’s the new Bond coming out?’ – literally cab drivers – ‘do you know what’s happening?’ So I think it’s interesting that the sense of something not being there made you miss it and the idea that you can get off your sofa and go somewhere really comfortable and just be immersed in something different for a couple of hours and just forget about real-life has just been very valued.

Then we were also really lucky we had so much support from colleagues in the industry, so our partners at WPP and Omnicom, you know, clients reaching out and saying to us ‘how can we help, what can we do, when will you be back? Keep in touch.’

Omnicom ran a free campaign for us; they got in touch with other media owners saying ‘welcome back’ to cinema in the UK. They pulled all that together and did it for nothing. Their sister agency TBWA did the creative work which was excellent. They did that for nothing.

And also you’re aware of SAWA, which is the cinema advertising trade body; it’s the only global [cinema advertising] trade body. So if i had something that was bothering me I could phone up [colleagues] at Screen Vision and NCM or Paul Butler at Val Morgan and we had this mutual support system because we were all in the same situation. Australia came out a bit earlier, sadly we had to go back again, but Australia came out a bit earlier so there was always this sense that things were kind of happening and that you felt that that love and support. It was brilliant, actually.

BLADES: I think it’s fantastic what you’re saying about that love and support and really good that people were recognising the importance of cinema and that goes on to the next question that I often have: cinema has such a significant role to play in brand building and beyond that actually in generating action but it doesn’t always make it onto the media plan. How do you make sense of that?

JACOBS: It kind of makes sense in a world where performance marketing is a thing and issues about value.

But I think if you want to talk about value… people are paying to see your ads in the cinema. Frankly, they don’t do that anywhere else and it’s also the only place I’ve ever been where people clap really great ads because they’re on the big screen and you’re really immersed in it.

I think it’s one of those things where it looks expensive so it comes off first. But actually that’s not recognising its true value which is the immersion; the fact that people are in a relaxed state of mind they’re willing to listen to the messages, there’s all of those pieces around how the frame of mind that people receive your messages in is absolutely key and also there’s no issue of bombardment.

You get nine minutes of ads and two hours of content which I think most people would go, ‘oh yeah, I remember that ad because it was just around that really great bit of content. It doesn’t become stalky.

So I think reminding people of the value of cinema the films that you’re going to appear in the contextual context you know the contextual bit and the value we add that’s what we’ve just got to keep on doing.

BLADES: I completely agree and I’m always someone that wants to be there and get full value and see all these ads before the film as well, so I’m definitely one of those people. The final question I’d love to ask is, as a leader in our industry and particularly as a role model for women, how do you make sense of embracing diversity which is such a big topic for us all at the moment?

JACOBS: It’s a huge topic and and one that has bothered us for a while. It isn’t just timely now it’s it’s been going on for ages. I think that it’s not about ‘making sense of it’.
I think it’s about recognising the value of diversity.

If you look at McKinsey companies and their top quartile for diversity have returns that are 35% higher, so it’s not even about fairness. It’s about business sense. It’s about making your business welcoming for people.

In the UK, one in three people think they don’t belong at work. In the US it’s one in four. Those are staggering statistics and explains so much about churn.

What we’ve got to do is is measure where we are as an industry. We’ve done that in the UK with All-In Census we did. In March 18,000 people took part, supported all across the industry by brands, media owners, major agencies, the tech platforms like Google and Facebook.

We measure where we are, we see where we’re lacking and then we address those issues to make bite-sized chunks, achievable chunks for companies to move forward to achieve diversity and make people feel that they belong. It can feel overwhelming because how do you make it all work?

But, you know, go to the All In Hub at the Advertising Association and there’s loads and loads of resources there: menopause policies, disability things, you name it, it’s all there. So, we’re helping make sense of that.