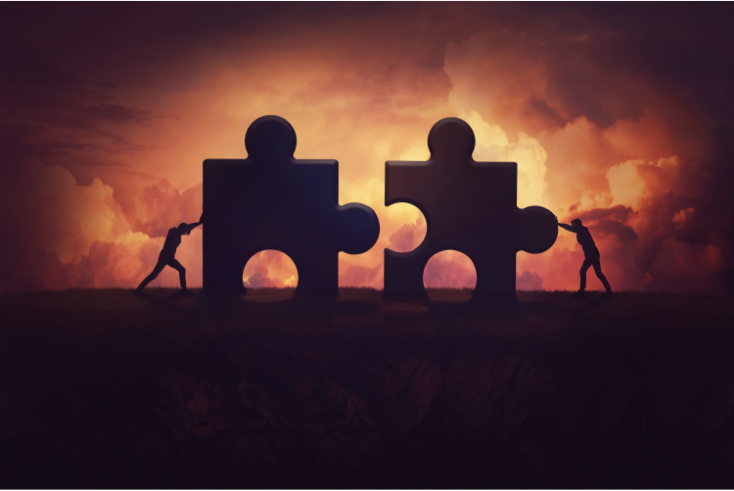 There is a habit in media of sweeping up internet activities into big meaningless numbers, writes Thinkbox’s Matt Hill – and it really makes no sense

And we have the data about what is being done online, so why don’t we cut it meaningfully to help explain how media is developing?

For example, we can use the Advertising Association/WARC ad spend data and IPA Touchpoints data on media consumption to estimate how ad spend breaks down by media format and type.

It is important to say that this is not a definitive view and there are arguably better data sources than Touchpoints for breaking down media types into time spent by device. But it does provide a ballpark idea of how ad spend would look if we avoided chucking everything spent online into one bucket and took a more granular and meaningful approach.

This is the simplest, most reductive way we can cut ad spend. Is the media technology analogue or digital – or a mixture of both? What is obvious immediately is that the vast majority of ad spend is now in digital media, though there is still a chunk in analogue. 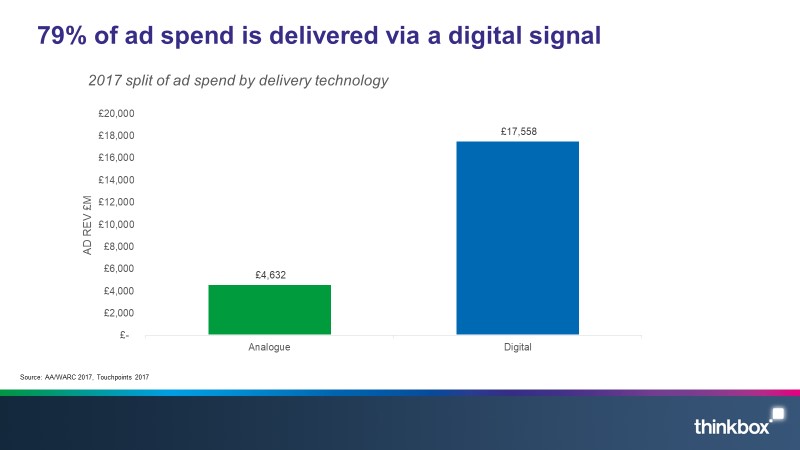 That isn’t incredibly instructive, I admit. However, if we cut this by media owner type, we can then shed light on where analogue advertising still exists. Direct Mail is still entirely analogue, newsbrands and magazines are still mainly analogue, and OOH and Radio are 50/50. TV and cinema are both entirely digital. 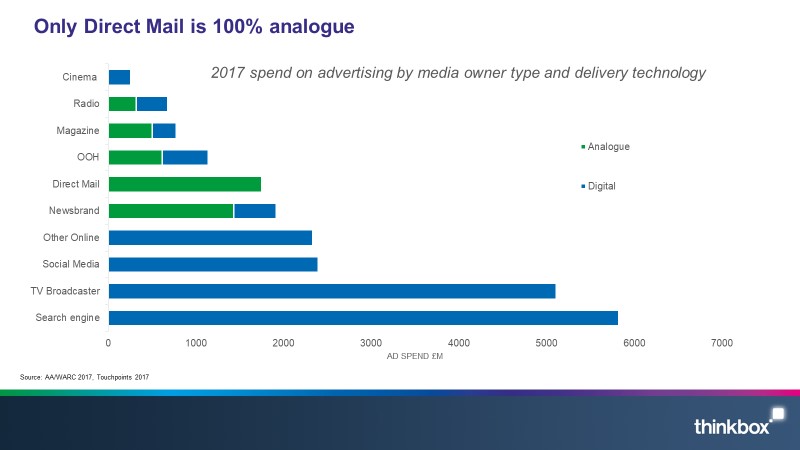 Moving on from the media technology being used, we can look at the delivery devices themselves. Is it a mobile device, is it a TV or radio set, is it via paper?

Mobile devices account for the largest portion of spend, followed by Desktop/Laptop computers and then TV sets. But this hides as much as it reveals because the AA/Warc spend data includes online search and classified advertising as well as display. So, let’s split that out: 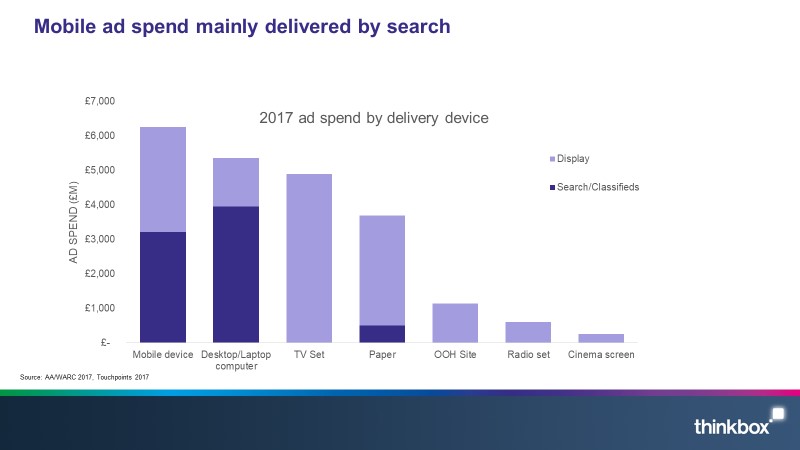 Now we can see that a huge amount of mobile device and desktop/laptop computer spend is driven by search and classifieds. The TV set is entirely a domain for brand-building display advertising, as is the radio set, cinema screens and OOH sites. Paper-based advertising is mainly display but with some classifieds (e.g. directories).

There is a strong argument that online search shouldn’t be included in ad spend figures at all. The argument being that it is not really advertising; it is more like point of sale. Search is demand-harvesting rather than demand-generating, like display advertising. It doesn’t entice you in, it’s there once you’ve been enticed. You could equally include investment in high street location or shelf space in supermarkets. Search investment has always warped the mis-aggregated total ‘internet’ ad spend numbers as it accounted for so much of it.

But, search is in the AA/Warc figures, so let’s keep it in here, but split it out. When we do this, we can see that TV broadcasters are the biggest demand-generating media owner by spend – twice as large as the next largest media owners type, social media. 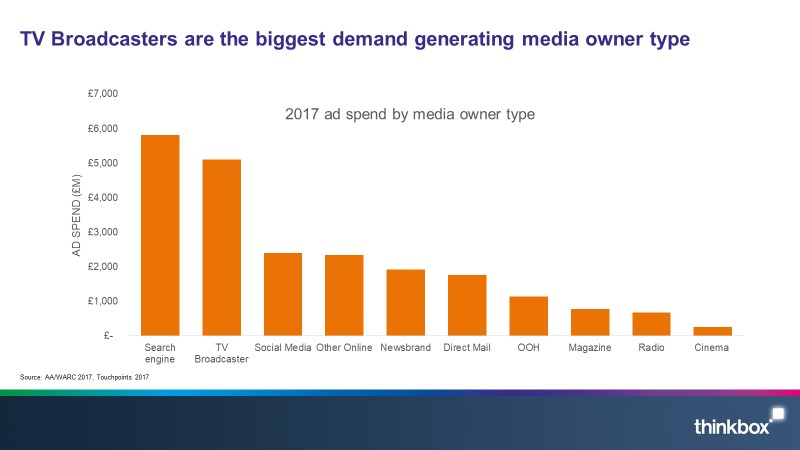 Finally, let’s look at how spend shakes down when we cut the data by different ad formats, namely: plain text, static image, audio-visual, moving image only, and audio only. 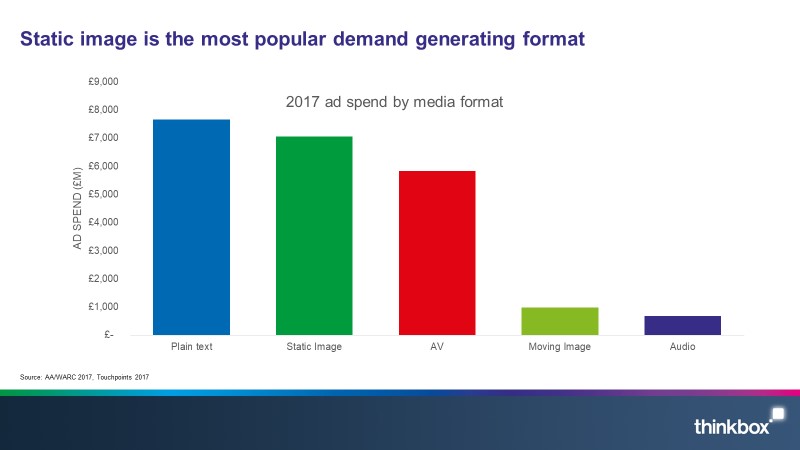 Even though the direction of travel in advertising in recent years has undoubtedly been towards audio-visual, plain text and static images still rule.

And this gets more interesting if you look at which media owners employ which media formats. 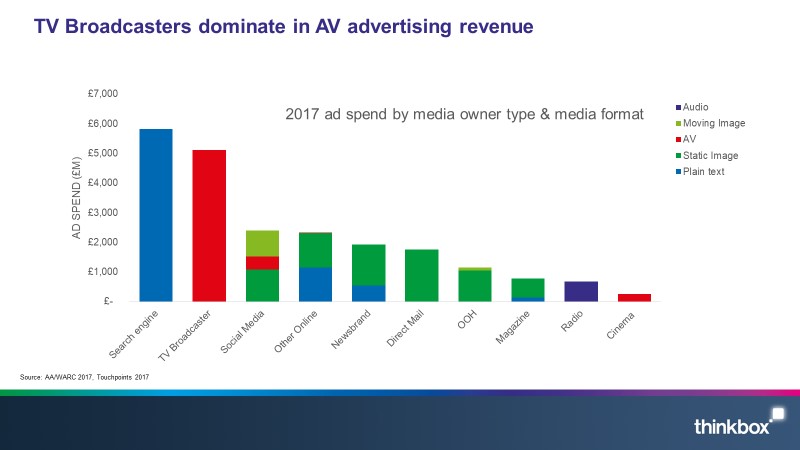 Then we discover that plain text is so big because search is such a large chunk of spend. We also see how the TV broadcasters are the biggest players in audio-visual advertising, and how social media ad revenue comes mainly from static images, then moving image (no sound), and then audio-visual.

So, as you can see there are many ways that the existing data can be used to put media activity into more meaningful buckets. It is time to stop reporting the internet as a single thing; to dis-aggregate the mis-aggregation. It is time to treat it as the wonderfully diverse platform it is and give advertisers better insight into what is actually happening.