Kate Bush is showing the way ahead for addressable media 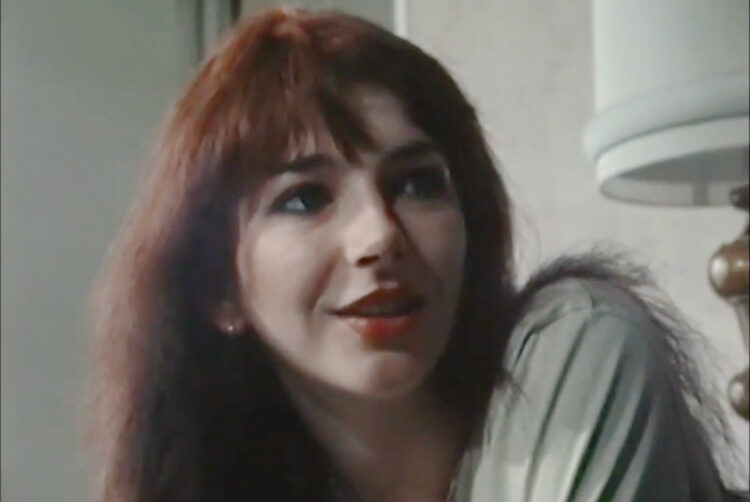 If subscription channels are now big enough to influence mainstream culture, then we’re going to have to get serious about developing bespoke ads and marketing content for different media.

Last weekend was perhaps such a point when streamed subscription TV channels started to influence mainstream culture. Kate Bush’s song Running Up That Hill is finally number one after 37 years purely because it was used in Netflix’s Stranger Things.

Secondly, the Disney+ show Obi-Wan Kenobi has broken into BARB’s top 50 shows, ranked at 40 with 2.4 million viewers in the week ending 5 June, demonstrating the increasing influence and diversity of subscription services.

The streaming revolution is a silent war being fought with huge investment. Over a billion pounds is being spent on building new studios in the UK to provide content for the many platforms, who are also ramping up production budgets. This includes both new players and established broadcasters, the UK’s existing broadcasters are investing heavily in facilities, commissions and platforms and will continue to do so to compete, they all understand the importance of the market shift.

Justin Sampson, BARB’s CEO said of Disney+ appearing in the top 50 that “the popular narrative is that streaming services are performing well and established broadcasters are losing the fight. I don’t think that’s the case at all.”

His argument is that BARB data shows that 70% of total viewing is to linear TV and 30% split between subscription and social video platforms. So, no need to worry, keep calm and carry on.

But serious analysis should be conducted on who is migrating to subscription platforms. I suspect they are younger and more affluent viewers that the advertising industry desperately needs to access.

Creating your own ‘appointment to view’

One could conclude that heavier viewers are watching more linear TV, while there is a huge chunk of the population who will almost become linear avoiders. Brands need to access these audiences and they may become increasingly unavailable through conventional AV strategies.

However, light linear viewers aren’t light viewers. In the UK, the average 25–34-year-old watches over five hours of video content a day, just very little scheduled on free-to-air channels. Lighter viewers viewing habits are completely different, they are less driven by channels more by searching for specific types of programming and content, creating their own appointment to view. They don’t watch in the predictable way that audiences used to and are therefore more difficult to target.

This creates a genuine issue for advertisers. A multi-market report by Deloitte Insights on addressable TV bluntly states ‘linear TV’s reach has steadily fallen over the past decade, decreasing by 2-3% a year in major markets globally. The steepest declines are among the youngest age groups…’

The conclusion is that buying mass reach is increasingly difficult, the equivalent linear campaign that delivered 80% reach a decade ago will now deliver 59% and possibly will deliver 50% in five years’ time.

AV is not broken, but it’s evolving quickly

The tipping point we have reached is that maybe it’s almost impossible to reach mass consumers using linear commercial TV market. This could change how we plan, buy and measure TV effectiveness.

We are used to using pretty broad planning tools. The orthodox theory is that mass reach is good, successful brands should target as many people as possible to become famous. The gurus of effectiveness, Binet and Field, prove that broader reach drives both effectiveness and efficiency. Most AV media buying is executed against pretty broad target audiences and usually evaluated against some form of awareness tracking, again asking the broad population if they remember seeing an ad.

We may have to rethink how we generate effectiveness. I know this is heresy, but what if we are entering a new marketing era where mass reach is impossible? If half the population watch very little mainstream TV, how do engage with them?

I’m prepared to be shot down, but it seems perverse to me that a market model and measurement system built in the 1960’s to measure the performance of the likes of Ariel and Persil hasn’t evolved substantially. A lot of orthodox theory is based on historical trends which may be impossible to deliver in the future. How much of the reach-based marketing orthodoxy is based on the maintenance strategies of established brands rather than the needs of new entrants?

I’m fascinated by the Car Wars of Cazoo and Cinch, these new brands that seem to be slugging it out like a couple of old heavyweights in terms of buying consumer attention. I’d guess it’s under review. Over the weekend I read Cazoo’s latest analyst report following the decline in their share price from over $10 to under $1 in under a year. The second action point out of eight in their business realignment plan is ‘lowering our brand marketing spend and focusing more on performance marketing.’ A possible conclusion from this is that awareness hasn’t converted into sales and that focussed investment on people who are ‘in market’ will generate greater return.

Focussing more on performance marketing shouldn’t mean sticking millions into Google or Meta, especially in a post-cookie world. My argument isn’t that AV is broken – far from it – but that the market is quickly evolving. If consumers are spread across multiple platforms, brands need to be able to find them.

A lot of money has been traded on pretty standard audience research, TGI analysis translated into one of Barb’s transacted audiences. One of the benefits of addressable channels is that first party data can be used to identify people who are likely to be ‘in market.’ I’d hope we can move from buying proxy audiences to targeting actual consumers, moving away from the futile argument of brand versus performance. I’ve always felt that all marketing should be fundamentally performance based, otherwise why bother.

The issue brands will face is delivering mass reach, we are used to advertising making brands universally famous. To achieve this in the future will require a complex mix of different channels with different audience interests and delivery formats. Netflix has reportedly told their employees that they were aiming to introduce an ad-supported, lower-priced subscription tier in the last three months of the year. I suspect the subscription-only business model for new streaming platforms is unlikely to outlast the financial downturn as consumer re-evaluate their monthly outgoings.

But will Netflix run 30-second ads interrupting their programmes? I doubt it. We’re used to creating one piece of universally transferrable content that runs across all channels. I suspect in the future we may be making specific forms of content for specific channels. What will work on Amazon Prime will be very different from what works on Netflix.

Life will be more complicated but more interesting for agencies. In many ways it’s been quite easy for a while, a legacy commercial model based on volume and share has existed trading a standardised unit of content. In a more complex, data driven and performance-based world this structure will be less relevant.
The Deloitte Insights report suggests that addressable AV should top up lost linear reach. Maybe, I certainly don’t think the existing market will collapse, but it is going to be significantly more complex and data driven, requiring specialist skills that currently don’t exist in the advertising supply chain.

So back to where I started, if subscription channels are now big enough to influence mainstream culture, I predict that within three years we will see significant brands being built just using addressable TV in the same way that Kate Bush regained number one featuring in a Netflix show. We are going to have to evolve to deliver this.